What defines chick-lit? Or as people in the biz like to call it, “contemporary women’s fiction”-what does that even mean? I just finished reading Reunion by Hannah Pittard, and my first instinct was to define it as a ‘heavier’ kind of chick-lit, although I don’t think that’s giving it enough credit, because t 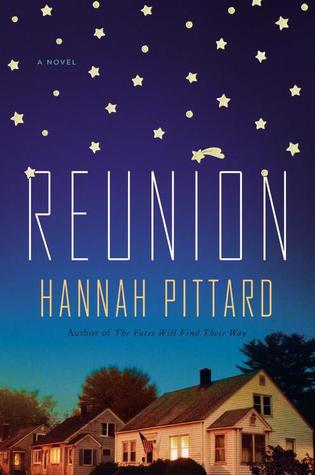 he book isn’t about romance or shopping. Why am I leaning towards this genre? Well, the book was fairly short and uncomplicated, so you can read it in a couple of hour-long sittings. The plot line is also simple, and told only from the perspective of the female protagonist, Kate. Family and marriage are the main topics of discussion throughout the book, so this is what pushes the novel into the chick-lit realm for me.

The book begins with Kate, a thirty-something woman at the end of her marriage, in the throes of debt, learning about her father’s suicide. She is dragged to Atlanta by her siblings to attend his funeral. What makes this book uplifting, and in the end quite funny, is the fact that their now-deceased father was married a total of five times, so Kate is joined by an assortment of extended family, all thrown together through circumstance alone. Not surprisingly, many of them do not get along, but because of the situation, they pretend to anyway. 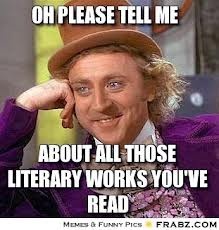 I like to think that I’m too literary to like books like this, but I’m not. I LOVE books like this, ones that delve into family dynamics, marriage issues, and relationships in general. One of the most interesting topics that are explored in this book is infidelity. Kate’s older sister Nell and older brother Elliot are dead-set against cheaters. They despise people who cheat on their significant others, and believe it is an unforgivable crime. Kate however, has essentially ended her marriage by cheating on her husband, and finds herself in the unfortunate position of coming clean to her siblings to explain why her marriage is ending. At the same time, she’s forced to admit  that she cannot financially support herself alone, and needs to explain to Nell and Elliot that she has been hiding a significant amount of consumer debt at the same time. Suddenly, their black and white opinions have to make room for the gray matter, which I found to be juicy, and ingenious twist in this book.

Basically, Kate’s life is imploding, which is always fun to read about, because in most cases, it puts the audience in the smug position of thinking “well, at least my life isn’t THAT bad”. This isn’t the only reason to read about people’s troubles and heartache, it’s really just a nice by-product, but I do feel the need to mention that in case I begin to sound a bit smug myself.

I’m assuming what I’ve written above is convincing enough to read the book, or to put you off of it entirely, both options seem particularly relevant in this case,as many people don’t like reading about these particular topics.  Either way, I’m in favour of reading books that make you feel good, no matter what they’re about.