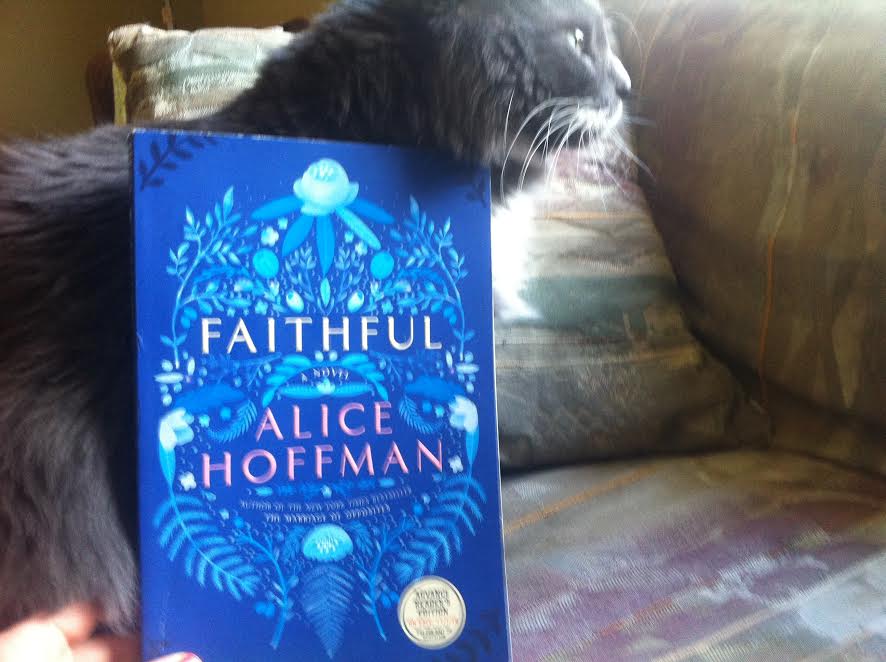 Alice Hoffman has quite a following, in fact one of her books was awarded the prestigious ‘O Book Club’ sticker, and she’s written a ton of stuff since so she’s no stranger to the literary spotlight. Despite her fame, I’ve never read a book of hers until now. Faithful is a coming-of-age tale with a rocky start: At 17, Shelby gets into a serious car accident that puts her best friend Helene onto life support, living in a type of vegetable state. Plagued by guilt, Shelby falls into a severe depression, using drugs and isolation to protect herself from the suicidal thoughts that she struggles with on a daily basis. A few years pass and she moves to New York City with her boyfriend, slowly entering the world again, but never able to rid herself of the inner shame of continuing her life while Helene remains locked to machines for basic survival.

I can’t offer any insights as to how this book fits into Hoffman’s opus for the reason I stated above. I can say that I really enjoyed the story, and it’s obvious to me that she is a magnificent weaver of tales. She did a wonderful job of keeping the story clipping along, and even though a tragedy starts the book off, there was lots of hope and optimism in Shelby’s surroundings (not within herself really) to keep the atmosphere light. At times, this book even strays into ‘chick lit’ territory, and I say that because ultimately, Shelby seems to be rescued by the different men she falls in love with. I wasn’t a big fan of the fact that men seemed to alter the course of her life so drastically, but it made for a good story nonetheless.

Strange characters and animals seem to come and go in Shelby’s life; she develops a strange habit of stealing neglected pets, and develops a fascination with a few homeless people she sees over and over again. She also believes an angel is watching over her, as she receives cryptic but ultimately encouraging postcards in the mail, urging her to do things such as ‘love something’, ‘want something’ etc. She secretly hopes it’s Helene miraculous

ly sending her these postcards, wishing that she would suddenly make a full but impossible recovery. Of course it isn’t, and we later learn who is sending her these messages, which is the only part in the book I didn’t like.

At the end of the book the majority of the plot gets wrapped up in a neat little package; problems are solved, people fall in love and secrets are revealed. There is one reunion in particular that seems EXTREMELY hard to believe, like winning the lottery hard to believe. And although I’m willing to suspend my disbelief for just about anything when it comes to fiction, I feel as though Hoffman may have taken the easy way out. And considering how illustrious her writing career is, I know she could probably do better. That being said, it’s not a reason to pass by this book entirely, and I can think of a lot of people who would really enjoy this novel regardless of how unbelievable the ending may be. So I’ll try to take my book critic hat off, and just recommend this book for the pure pleasure of reading it.