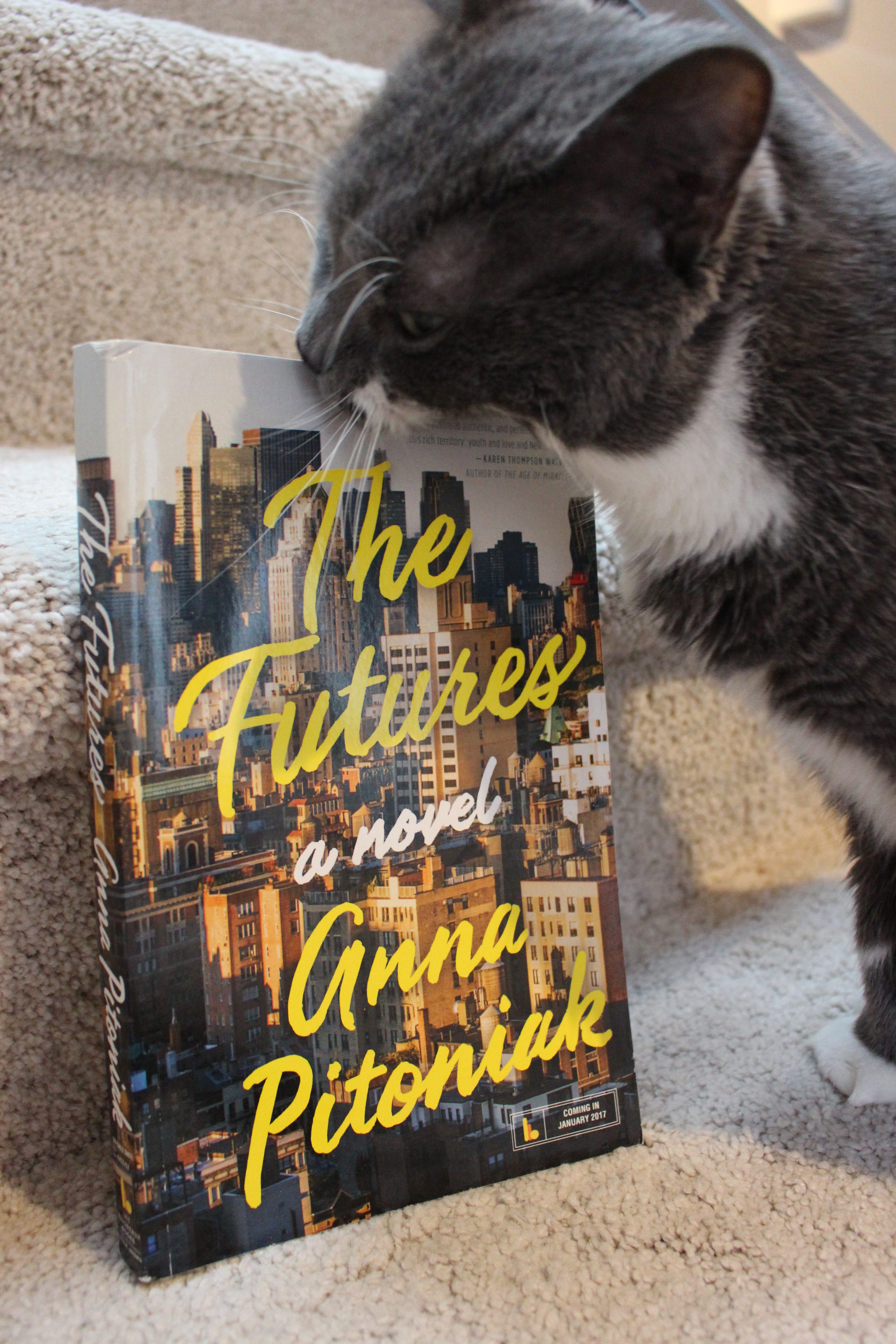 This is an ‘older’ book by the standards of what I usually review; Anne Pitoniak‘s The Futures was released in January 2017, so I’m only about a year behind on my TBR list (insert sharp intake of breath here). The back cover  summary of this book spoke to me, because it felt like it was a story that I could relate to just a few short years ago, and something that many of my friends could even identify with now. We meet Julia and Evan as they are graduating Yale, about to embark on their ‘after-school’ life together in a tiny apartment in New York. Julia comes from a privileged background but flounders joblessly for a few months while Evan, having come from a small-town in British Columbia on a hockey scholarship, lands a job at a major hedge fund, flourishing in his new career. Unfortunately this story takes place in 2008, so we all know where Evan’s hedge fund dreams are headed early on.

The Futures is about a lot of things: early love, coming of age, finding your place in the world, admitting one’s own agency, etc. This book is wholly relevant to people from the ages of 18-35. Older audiences will probably find the characters whiny and selfish, whereas a younger generation will most likely find themselves uncomfortable with the similarities between themselves, Julia and Evan, and their peers. I include myself in this group most definitely-although I’m older than the protagonists, and well past that stage in my life (sadly), I’m not SO old that I can’t remember having all those feelings and reactions; the excitement and trepidation around succeeding at your first ‘real’ job, comparing yourself to your fellow graduates a few years into ‘real’ life, and realizing the life you had planned out for yourself in the classroom may not pan out exactly as expected. 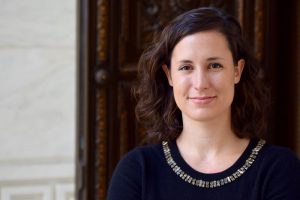 Author Anna Pitoniak (who also happens to be an editor at Random House!)

It’s probably quite obvious at this point in my review that the life path Julia and Evan follow are limited to a select few in our world’s population. The cast of characters are almost all white, middle or upper class, and have little to no strife to contend with. Now I don’t say that as a criticism because Pitoniak has accurately depicted a world that is largely my own reality, and I’m lucky to be able to relate to the first world problems that make up the majority of the conflicts here-perhaps many readers that pick up this book would count themselves in that same category, but when descriptions of the ULTRA-rich come into play, there is a fun element of fantasy that all readers can indulge in ( we are talking about the glittery streets of Manhattan after all).

The dissolution of a romantic relationship is at the heart of this book, and to make this story even more interesting, Pitoniak chooses to switch perspectives between Evan and Julia, and in many cases we hear about the exact same situation from both sides, which is a fascinating exploration into what goes unsaid in a conversation. Those were my favourite parts by far, because I found them to be the most original pieces of writing in the whole book.

So by the end of this review you’ll know whether or not this book is for you, but I enjoyed it on a very personal level, in fact I devoured it in a day and a half! It’s a story that will either resonate with or infuriate you, so choose wisely.