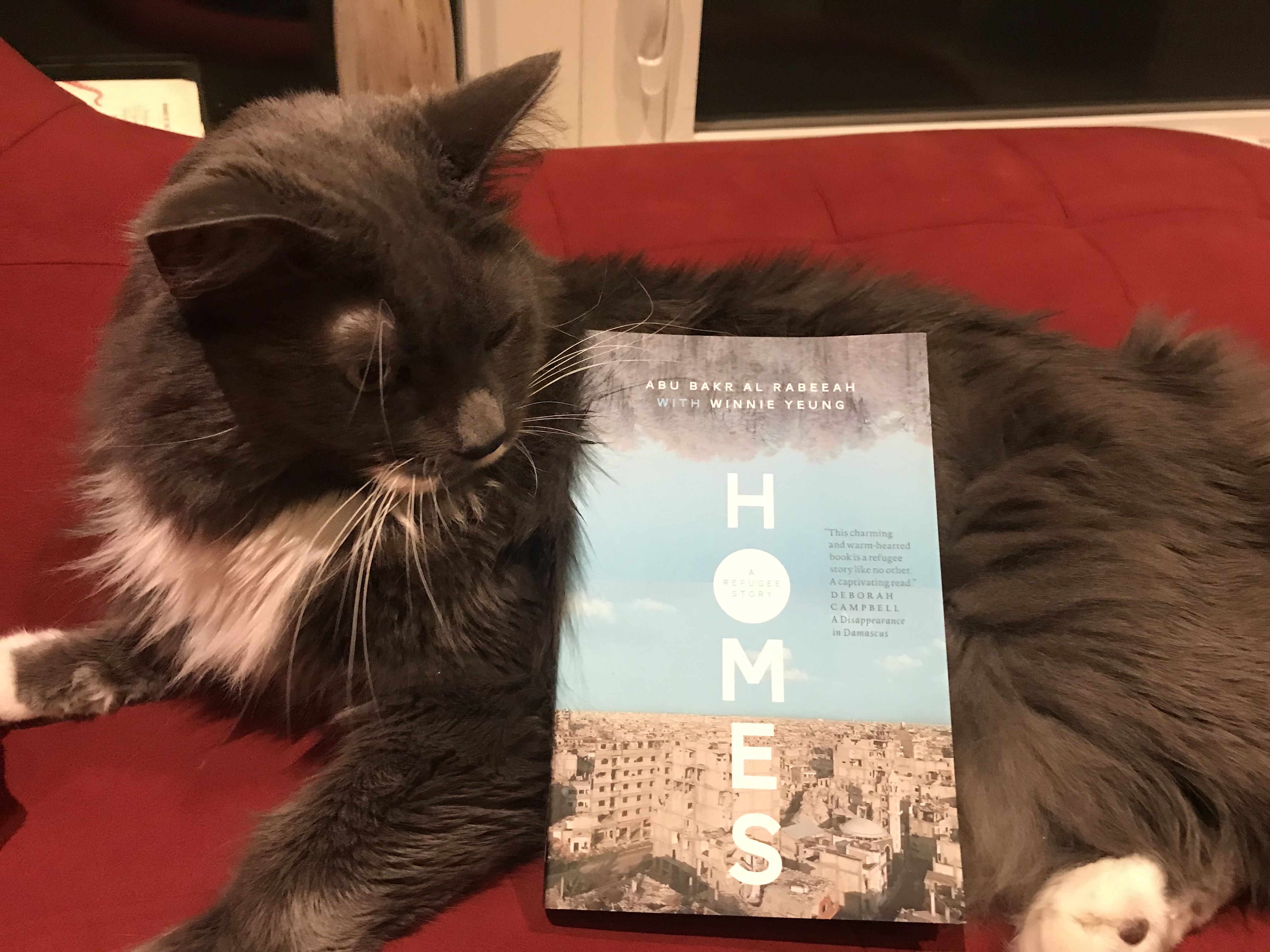 Those of us who are lucky enough to have the luxury of living in peaceful countries may be asking themselves what we can do to help the refugee crisis; I would argue our first job is to listen to their stories in an attempt to understand what they are fleeing from and why. With the number of refugees increasing, we now have access to even more first person accounts of what it’s like to have to flee your own home. Last year I reviewed a work of fiction that looked at the trials of coming to Canada, and this year I’ve gotten a few more books under my belt that deal with this same issue.

Homes: A Refugee Story was sent to me last year, but I’ve finally gotten around to reading it because it is longlisted for Canada Reads this year. I’m so glad I did, in fact I wished I had read it earlier because I would have recommended it to so many people by now! It’s written by an ESL teacher in Edmonton, based on the stories from her student Abu Bakr Al Rabeeah, a young man who fled Syria with his family once their refugee application was approved. Together, they describe Bakr’s once-typical life, playing soccer in the streets with his friends, working at his family’s bakery after school and playing video games on the weekends. Slowly, life changes for him as tensions rise in Homs, and instead of a rare occurrence, gunfire and car bombings become an everyday event.

What I love about this book is the voice; it breaks down the barriers of us vs. them, which is such a prevalent theme when it comes to stories of refugees. Instead, Bakr’s childhood (before the violence) is one that seems familiar to me, and will ring true for many Western readers. It’s a gradual change that happens around him, turning his familiar streets into a war-zone, but this change happens in such indiscernible ways that we are just as shocked as he is, and what’s worse is how obvious it is that the simple emotion of hate was the beginning of that society’s destruction. At a time when people seem more divided than ever over politics, it’s a clear warning sign that if we allow hate to enter our everyday vocabulary and thoughts, we are no better than the corrupt officials we blame for starting these civil wars.

It’s obvious why this book has affected so many people-it paints a vivid picture explaining why we may fear refugees when they come to our country, but this fear is so clearly unfounded. Bakr admits that when he came to Edmonton, those first few months he was angry and frustrated. So many people would condemn these feelings, claiming he should just be grateful for escaping the danger of Syria-which he most certainly is. He admits to being angry with himself more than anything, because he was so grateful for being in Canada, and yet, he struggled with learning a new language and culture, all while feeling guilty that he had left behind other family members still caught in the grips of war. And yet, as Canadians, we demand these refugees be forever happy and grateful just to be in a place that we so often complain about ourselves. The double standards we construct for these victims is astonishing, and yet it happens each and every day every time someone criticizes their behaviour.

So please, before your point the finger at a refugee not acting the way you expect them to, learn about their story first: Homes is a wonderful place to start.