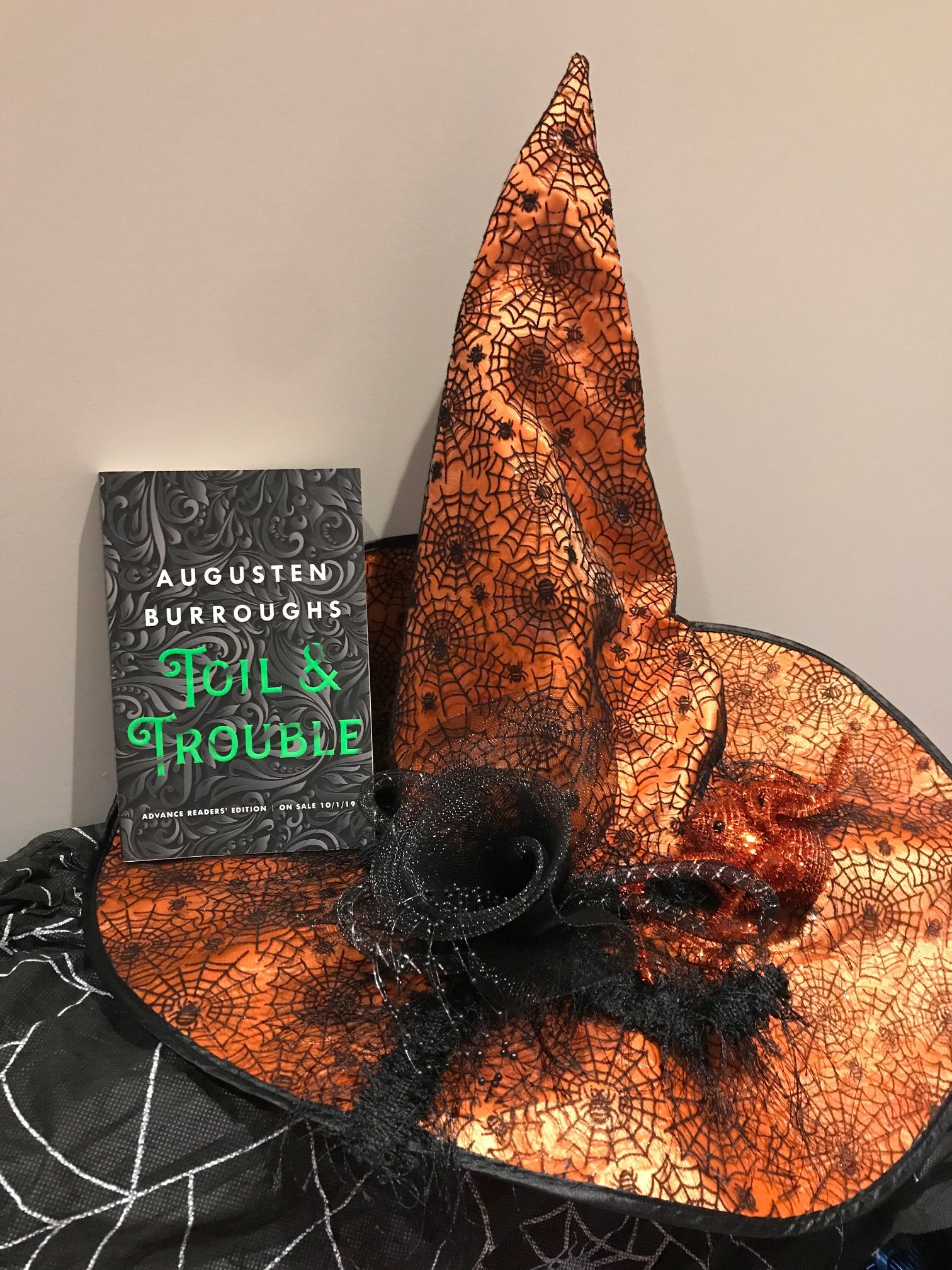 I think I may have found myself a new favourite author, probably because the brilliance of his writing reminds me so much of my original favourite author, David Sedaris. Toil & Trouble by Augusten Burroughs is a memoir about being a witch, i.e. having special gifts that other people don’t understand or tap into properly. And despite what this may suggest, there is a distinct lack of ‘spooky’ and a boatload of ‘hilarious’ that can be found within these pages. Augusten Burroughs may be a familiar name to my readers already, as he’s the author of the bestselling memoir Running With Scissors, which is an account of his less-than-normal childhood that was made into a movie. He writes mainly memoirs, and this book is no different; it’s about his gradual acceptance of his powers, his move to a country home with his partner and two dogs, and his continued exploration of his childhood and how it has come to affect him as an adult. But because he’s such a fantastic writer, he turns these seemingly mundane events into laugh-out-loud moments for the reader.

Burroughs explains that modern-day witches are nothing like the broom-riding caricature we associate with Halloween. Instead, witches are able to tap into a sixth sense that most humans possess but unable to harness. Simple things like knowing a friend is about to call before the phone actually rings, getting a strange feeling that someone may be in danger, or knowing you are destined to live in a particular house when you see a picture of it while house shopping. You’ll notice that many of these things may also be filed under ‘coincidences’, but Burroughs makes a strong argument for these occurrences happening more often that normal in his own life. Most convincingly, once he notices his gift, he mentions it to his mother (before her mental breakdown) and she confirms that this skill runs in the family, as he comes from a long line of witches.

So back to my author comparison from above; similar to David Sedaris, Burroughs is gay, married to a man who is much more conservative than him, and makes a living by writing about his life. Filling the role of the artist within these pairings, both Sedaris and Borroughs tend to speak or do things that may seem eccentric or irresponsible, and the dynamic between them and their partners is perfect territory for these humorous first-person accounts. I loved reading about the relationship between Augusten and his husband Christopher, because anyone who has been in a long-term relationship will recognize so much of themselves in their back and forths. I’m jealous of Augusten’s ability to seemingly cast spells on Christopher, which he quite literally does while they’re in bed and Christopher is sleeping:

“Through the fox’s eyes ye shall see/The house drained of yellow/And as black as the bottom of the sea” (p. 89 of ARC).

The above quote is Augusten trying to convince Christopher that despite the ugly yellow colour of the house they just viewed, it will become their future house and they will paint it black. That probably seems a bit strange, but this is what makes his life (and his stories) so entertaining to his massive readership. I’ll leave you with another quote from this book, because his writing is just so great, you’re much better off reading his words rather than mine:

“Country-crazy is free-range. In the city you can’t help but be in contact with people, and someone is bound to keep you in check. One afternoon when I was leaving my old apartment, a doorman told me to go back upstairs and shave because I looked like the Unabomber “(p. 208 of ARC).