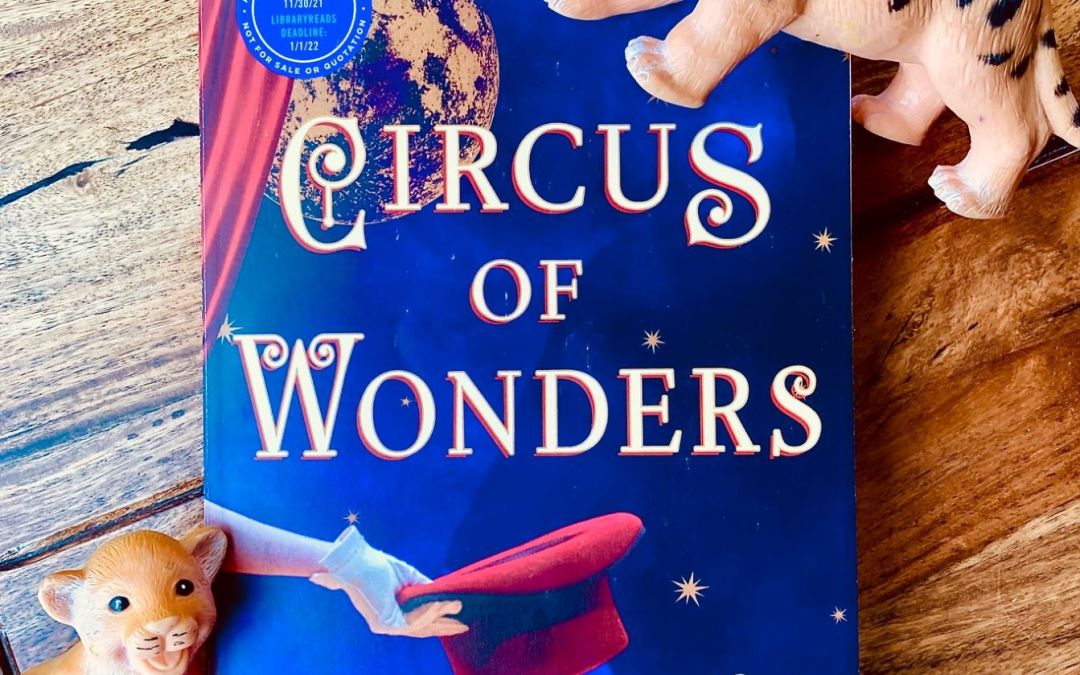 Years ago I read the book The Night Circus by Erin Morgenstern and really enjoyed it. Since then, many similar ‘circus’ books have been successfully published and sold. The circus setting is one that gives authors a great deal of characters, conflicts, and magic to play with, almost anything set under the big top is sure to inspire imagination. Circus of Wonders by Elizabeth Macneal uses the show to draw the landscape around her characters, but she tackles the complicated feelings of the people in the circus, made even more difficult by the time period. This book takes place in the 1860s when circus performers were often outcasts due to their differences, and for many the travelling circus troupe became an adopted family after their biological family either sold or abandoned them. Macneal pulls back the curtain on a particular act for us to see the gruesome reality of what’s behind the entertainment, but I’m still questioning why it didn’t have the impact I was hoping for.

Nell lives in a small village with her older brother and father, scraping together a meager existence selling candied violets. She looks different than others, covered in brown birthmarks all over her face and body, so most of her neighbors either laugh at her or look upon her with suspicion. Her drunk of a father sells her to a travelling circus that comes to town, headed by an awful man named Jasper Jupiter. At first Nell is horrified and angry, but slowly comes to realize how easily she fits into this new group of people; the bearded lady, the extremely tall woman, the albino child. What’s even better is that Nell is turning into a celebrity herself, now known as Queen of the Moon and Stars, delighting audience members in the heart of London, England for an extended run of their show. She is finally happy now that she’s wanted and admired, but Jasper is a villainous man in all senses of the word, and as Nell’s popularity climbs, Jasper’s selfishness and greed takes over, putting all the circus performers at risk.

Two of the main characters in this story undergo a massive transformation, all spurred on by the circus and the attention it attracts. Nell comes from a place where she is meant to feel as if she’s a monster, to a group of people who accept her as one of their own and place her on a pedestal. She becomes a celebrity similar to how we know them today; ceramic figurines are created to look like her, her pictures are printed on souvenirs like matchboxes and posters, and she is even summoned to see the Queen of England. Jasper’s brother who also travels with the circus is transformed; always fading into the background and thought of as a “dullard” with no personality, he visits a tattoo artist who draws flowers snacking across his entire body until his regular skin is barely visible. Jasper himself is transformed but in a negative way; he believes the circus raises him up to the heights of popularity, insisting on being the main attraction, but once he realizes he is not the draw merely the conduit, his desire to outshine all others leads to his eventual downfall as he sinks deeper and deeper into debt. The attraction of the circus is one we can all relate to: who doesn’t want to see a good show? But unlike the audience who return to their normal lives once the curtain comes down, Jasper and the circus performers are marked by their participation forever.

Although I enjoyed following the arc of each character and the changes they experience, I found myself bored at times, and I’m still trying to determine why this book fell short for me. Ultimately, it was my lack of connection with each character – if I had found myself more invested in them, I may have been more affected when something serious happened to them, but instead, I just plodded along, not fussed either way as the consequences to their actions rolled out ahead of them.

There were lots of things vying for the reader’s attention in this novel; the backstory of Jasper and Toby’s childhood, their experiences during the Crimean war, the secret they held about Jasper’s friend Dash, Nell’s abandonment by her family and then subsequent relationship with the albino child, the obviously terrible business dealings of Jasper, the list goes on. If only these conflicts and storylines were whittled down, I think I would have enjoyed this story a lot more, it was just too much for one book which resulted in little connection with any of the characters and their individual journeys. I truly wanted to like this novel, but this circus had just a little too much going on.