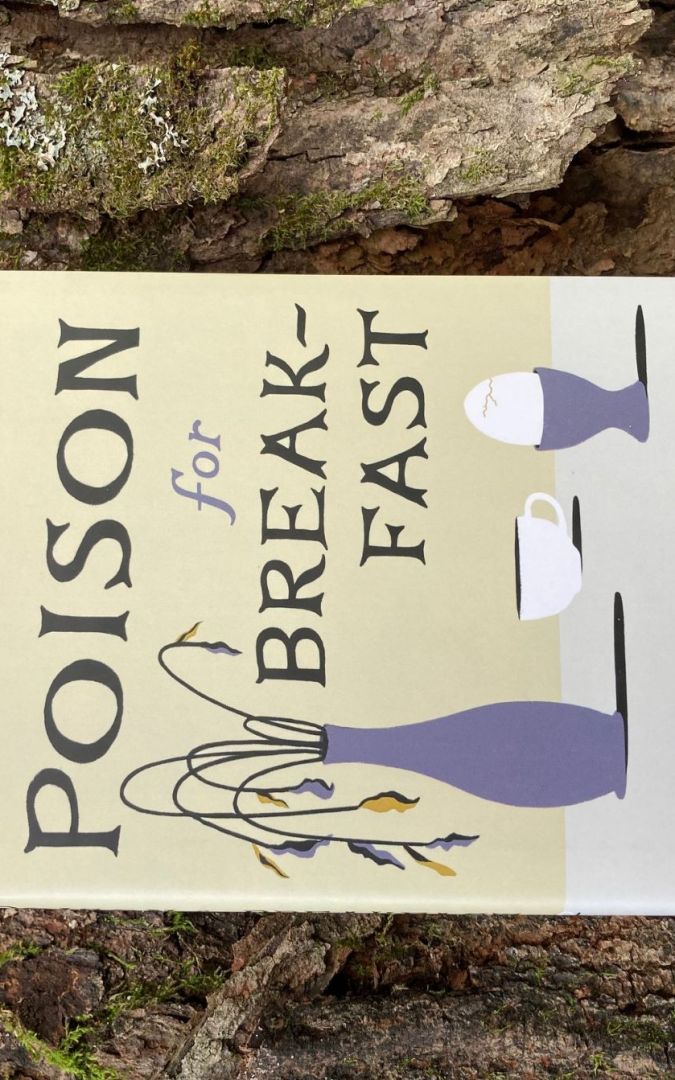 Poison for Breakfast by Lemony Snicket

I’ve technically read one Lemony Snicket book before; his picture book The Bad Mood and the Stick is a favourite in our house because it’s so delightfully odd and the rainbow ‘bad mood’ is a gorgeous little illustration. I had of course heard of the famous Lemony Snicket from his other very well-known series, and I actually had the pleasure of meeting the man behind Lemony Snicket at one point in my career, but Poison for Breakfast is the first of his middle grade fiction that I’ve had the opportunity of experiencing.

I wasn’t sure what to expect other than it being somewhat dark, but to my surprise, this was more a book of philosophy than anything else. One morning after eating his breakfast, Snicket himself finds a slip of paper under his door that reads “You had poison for breakfast”. Understandably perturbed by this message, he sets out on a walk to all the vendors he typically buys his breakfast food from, including the tea shop, the honey place and the supermarket to see if he can figure out which ingredient may have been hiding the poison. While on his walk, he stops and ponders the complications of life, certain stories he has been told before, his favourite books, the joy of swimming in the ocean, etc. There are a few elements of surprise, many clever little clues and observations, but it’s mostly his meandering thoughts.

Unfortunately I found this book sort of boring. It’s only 154 pages, and I read until the end, but it really didn’t hold my attention, I found it easy to put down because I wasn’t all that invested in discovering the mystery of the poisoned breakfast, especially since Snicket himself didn’t seem all that concerned either. I have no idea if his other incredibly famous novels are written in this same style, but I expect they had a much faster-moving plot because I doubt any middle grade reader or teen would find this book engaging enough to keep reading to the end.

I can happily report I had much better luck with Happy Sands by Barb Howard. In the interests of full disclosure, let it be known that I know Barb well, and am interviewing her for the WGA Online Reading Series about this same book. It’s a sharply-written story about a family’s annual vacation to Happy Sands, a small cabin resort on the edge of a lake in the interior of British Columbia, written from the perspective of Ginny, the mother and self-proclaimed “unpaid holiday coordinator” (p. 4). Sick of doing everything for her family with no thanks in return, she huffs around their cabin encouraging people to get outside and get some exercises. Her husband hates his job in Calgary and spends most of his time sleeping the day away, her daughter is desperate to join another family down the beach and her son hides from the sun inside most the time. Ginny is a masseuse so she gives massages to the returning guests each year, and drinks a little more often than she should. Despite the obvious struggles this family has, the book is ultimately about happiness, acceptance, and the importance of giving family members the benefit of the doubt.

Ginny is incredibly judgmental, which is what gives this book its humour. Her annoyance with her family and the other vacationers at Happy Sands is the main entertainment for the reader, and because Ginny touches most of these people through her work as a masseuse, we learn lots of interesting tidbits about what it’s like to massage people for a living, including the fact that they can feel when clients are holding in a fart (but don’t worry, masseuses have to hold in farts too!). Howard describes her book as a literary beach read, which is the perfect way to describe this little novella full of fun and memorable people. My favourite is Mrs. Edwards who wears a Hugh Hefner-like red robe before her massage, and insists on bringing plastic pink flamingoes to decorate the front of her cabin for each visit.

The author’s choice to label this as ‘literary’ beach read got me thinking – what makes this book different from a regular beach read? One of the things that sets it apart from other beach reads I’ve read is the uncertainty that remains at the end of the book. Not all the problems are tied up neatly, not everyone is absolved, and there are certainly no obvious baddies or goodies. Even though this is certainly a feel-good story, not everything is black and white, and there remains lots of gray area even by the last page. Does this make it better than a mass market paperback? That of course depends on the reader and their preferences, but this is a book I’d happily to recommend to those looking for a quick, easy read any time of year.