On my European adventures I visited many car museums, mainly because that was what my husband wanted to do. However, we also visited some literary hotspots to appease my interests too, and one such destination was Grimm World in Kassel Germany. 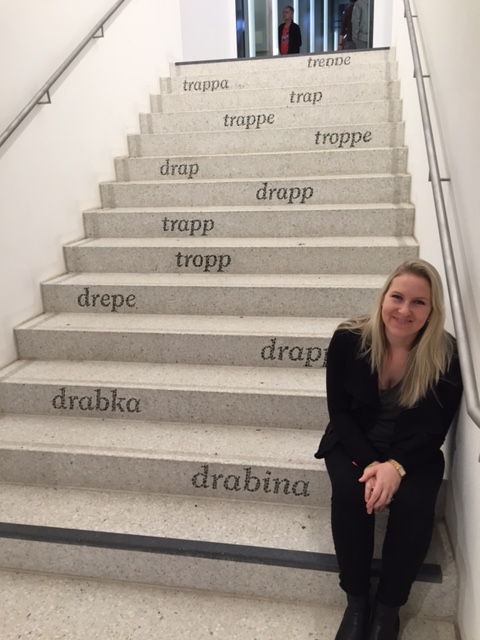 Even the staircases had words at Grimm World!

We walked to this beautiful museum through a gorgeous park, and the museum itself had just opened in September 2015, so everything was brand new. Apparently the Brothers Grimm are considered Kassel ‘celebrities’,(they lived a great deal of their lives there) as the route to this museum and other important monuments to them were clearly marked with street signs that we saw as we walked through the town.

When you enter Grimm World, there is a (surprisingly) small area of book shelves with Grimm books for sale in all different languages. It won’t surprise you that I purchased an English book for my daughter, and at this point, she is ambivalent about it being seven months old, but I’m sure she’ll grow to love it once she’s a bit older. Some of the stories in the collection include: “Rapunzel”, “Snow White and the Seven Dwarves”, “Hansel and Gretel”, etc. Yes, Disney has made lots of money off the Grimm fairy tales, but it’s worth while mentioning the fact that the Grimm Brothers themselves didn’t write a lot of these. They actually collected the stories from other people, as they were passed down from generation to generation. 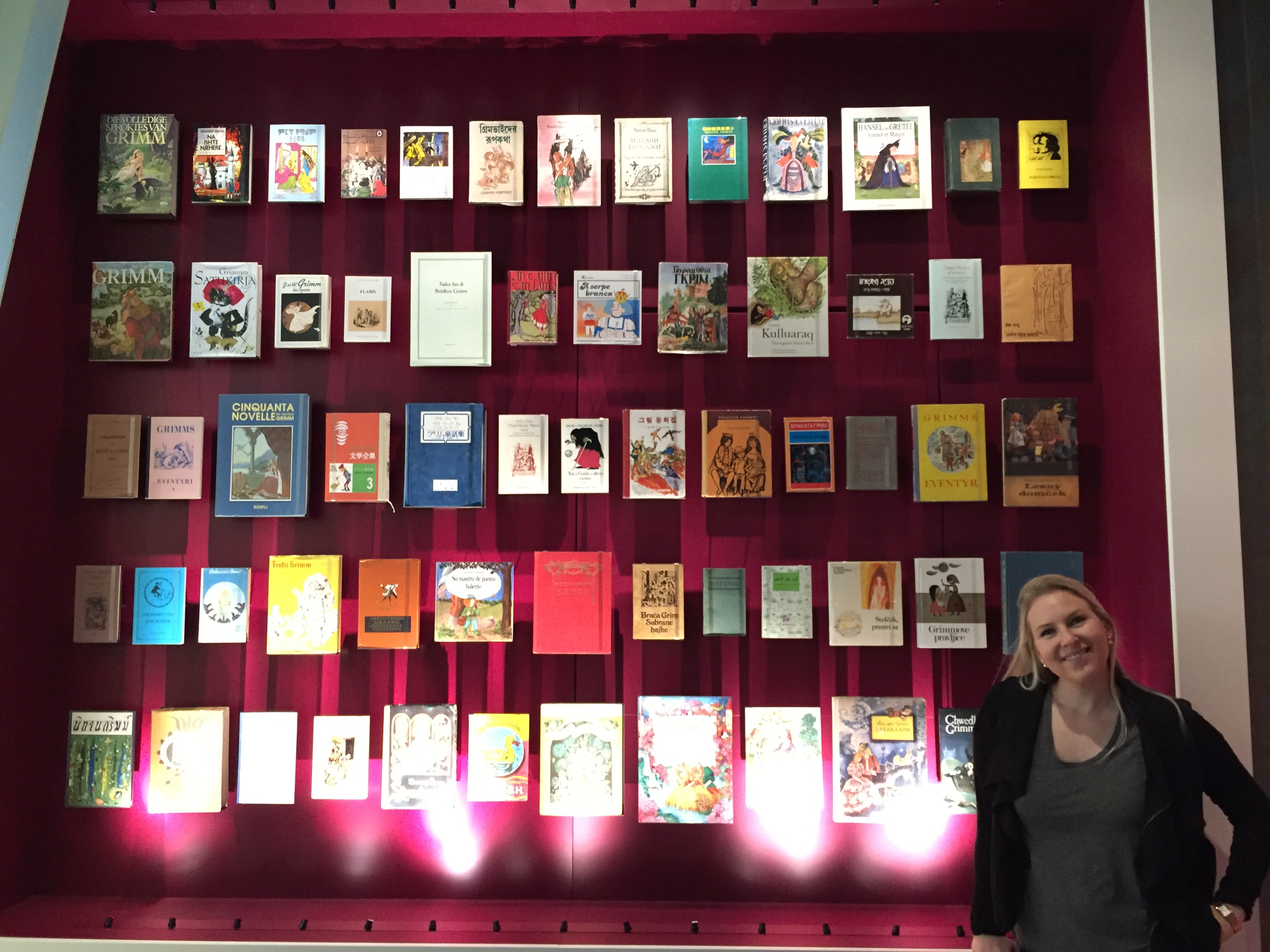 Translations of Grimm Fairy Tales from all over the world

The exhibition itself was fantastic and broken out into three different sections: information on the Brothers’ work on the German dictionary, their individual lives, and their story collections. It included artistic representations of their tales, actual artifacts from their homes, and pages of their work.  One of the coolest things I saw was a child-sized house with a bed, and a projection of an old man sleeping in the bed, alongside speakers playing a recording of snoring sounds. I know what you’re thinking: what the hell does that represent? I wasn’t sure myself, but I enjoyed it nevertheless. Each part of the exhibition was very interactive, in fact I huddled inside that house for a few minutes taking it all in, ready to jump back out if something creepy started to happen. Keep in mind, this place was meant for both adults and children, which is something I had to keep reminding myself of whenever I came across something that I found a bit unnerving.

So while my husband dreams of his day at the Porsche museum, I reminisce about my time at Grimm World; both are popular attractions in Germany, but only one will continue to keep rewarding us with stories for years to come!