Book Review: How to Stop Time by Matt Haig 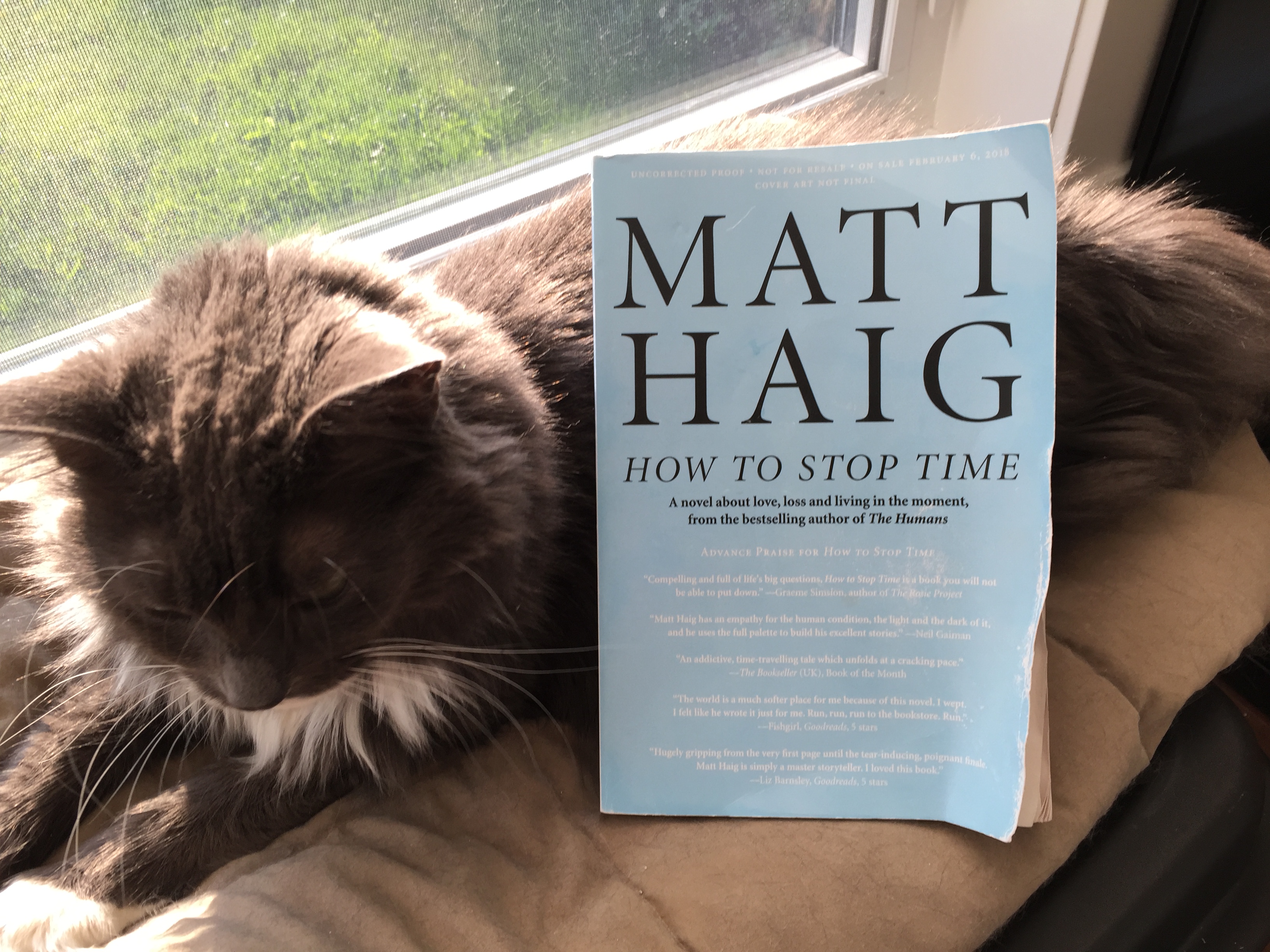 When I finished reading the last page of this book I said ‘Awwwww’ out loud. This is a sweet little book, (although not THAT little, because it’s 300 pages long) and one I will recommend to all sorts of readers, young and old. How To Stop Time by Matt Haig is about a man named Tom who ages extremely slowly, therefore he’s been alive for centuries, and still looks about 40-ish. There are others like him in the world, known as ‘albs’, and many of them belong to a secret cult run by a mysterious and manipulative man named Hendrich. 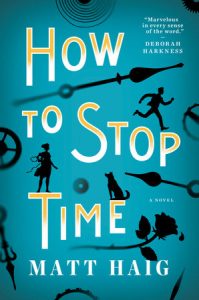 It’s important to note that we meet Tom during present day when he is living his newest life as a history teacher, but we also follow him during his frequent flashbacks, learning about his early life and the difficulties he experienced being so different from others. He’s forced to move often because people begin to grow suspicious when he doesn’t age at the rate of everyone else. So this book isn’t science fiction, it’s historical fiction! We watch Tom as he meets Shakespeare, F. Scott Fitzgerald, and Captain Cook just to name a few. And I say ‘watch’ very deliberately-this book is very cinematic, and it has already been optioned for film with Benedict Cumberbatch set to star in it.

I’d call this book ‘cute’, but in the best sense of the word. There’s lots of memorable quotes about time in it, and how we perceive time as humans; we fear it, but also resent it, all while struggling to realize it’s one of the most precious things we have as mere mortals. Some would call this book a romance, but I hesitate to attach that label to it because it’s not about a particular relationship, more so the difficulties that Tom faces not being able to love someone for an entire lifetime because he has so many different lives to live. Because this novel contains so many elements; history, romance, fantasy, I can understand why it has been so successful and how it could appeal to both men and women. It also contains lots of humour; the funniest parts being Tom’s modern day observations as a high school teacher:

“‘Witches,’ I say, in the voice of a teacher. That is, a voice that isn’t really heard.

So, this is the life I have chosen above all others. The life of a man standing in a room of twelve-year-olds ignoring him. ” (p. 55 of ARC).

I really like when books tackle serious themes but still include humour, because it demonstrates that the author doesn’t take himself or his characters too seriously. Haig is very active on social media, and one quick browse through his twitter feed proves his good sense of humour again and again-he’s also a big mental health advocate, so what’s not to love? Pick up this book, and follow him on twitter, you won’t be disappointed by either action.