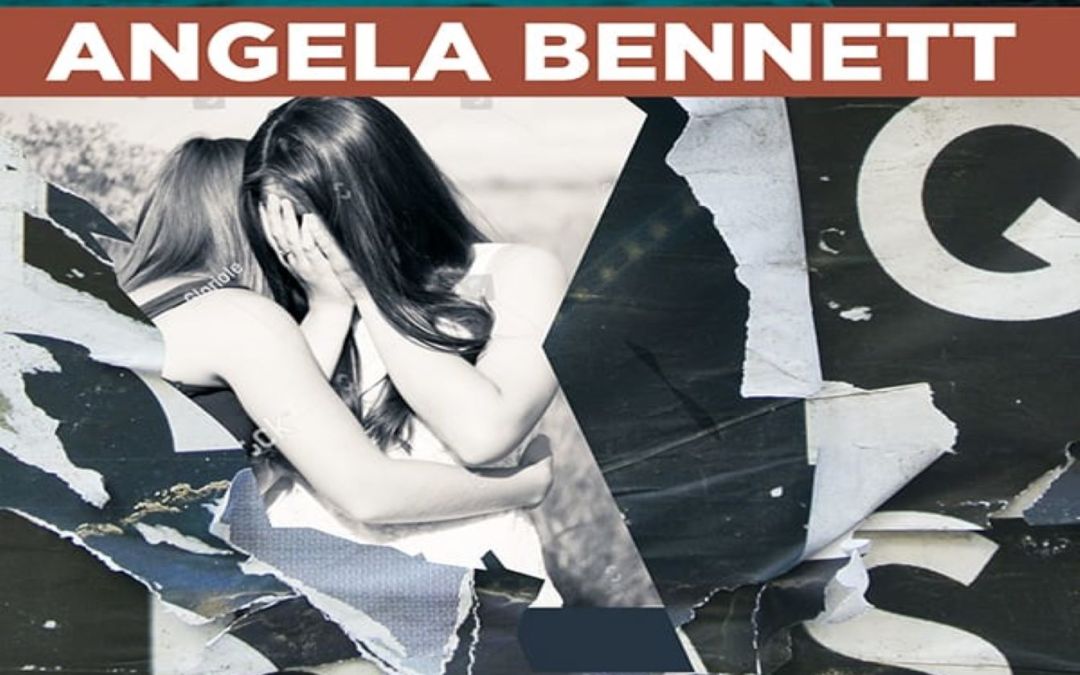 I’ll admit to being a bit confused about what My Best Friend was Angela Bennett by Suzanne Hillier was when I picked it up – a non-fiction account of a particular woman during WWII? A tale of female friendship loosely based in reality? A memoir? In my defense, I received the printed pages of it, so I didn’t even have a cover to go by. It wasn’t until I looked more closely at the blurb from the publisher that I realized this was historical fiction – and thank god for that, because the subject matter is quite heavy, even traumatizing. So I’ll offer a trigger warning of my own; this book describes the repeated sexually sadistic actions of one man against his wife, plus descriptions of the physical abuse he experienced as a child. It’s horrible to read about, but it doesn’t continue throughout the entire novel – mercifully, it ends about halfway through. The rest is a delightful look at a particular woman’s battle for female rights and equality.

Beginning in 1942 we meet two best friends, Dorothy and Angela, teenagers living in Newfoundland and doing what teen girls do; having fun, worrying about school, and living a somewhat carefree life despite the war looming ahead of them. Angela meets Danny and falls deeply in love with him, but their love is not able to withstand the ravages of the war overseas. Instead, Angela marries Edgar, the strange man across the street who was always obsessed with her, and thus begins a torturous marriage in which she is trapped, not even being able to divorce at that time due to the laws of Newfoundland (still yet to become a part of Canada). Dorothy watches Angela’s spiraling in horror, but unable to break through her best friend’s shame and secrecy, Dorothy begins to focus on her own life, making use of her incredible intelligence to forge a new path for female lawyers. The challenges that both women face are thankfully not as prevalent today, and there are now social supports set up that in theory, should assist women like Angela. However the career struggles that Dorothy faces sound all too familiar to a working mom like myself, so although this is historical fiction, it’s not so far in our review mirror as we like to think.

Once I became accustomed to the initial violence of Edgar’s character, I was able to settle into the friendship between Dorothy and Angela and rely on it for its strength and hope in the otherwise dark plot. In many ways Dorothy and Angela are opposites, and like Dorothy, I vacillated between frustration and pity for Angela. She makes entirely foolish decisions, but blaming the victim clearly doesn’t make sense for Dorothy or the reader, so instead we focus on how Dorothy can help Angela, and other women like her as she builds her own legal career (apparently Hillier was a trailblazing lawyer herself, so she wrote with authority on this topic). Despite Dorothy’s intelligence and strong work ethic, there are still barriers to her ‘having it all’, and it is still ultimately the men around her that determine Dorothy’s success; her supportive husband and father, the male judges who resent Dorothy in their courtroom, and the husbands of the female clients she takes on, are all examples of how agency is often taken away from her, for better or for worse. Simply working full-time as a wife and mother in the 50s is its own mountain to climb:

“‘A man can miss things because he has a wife who fills up the void,’ I said. ‘He’s expected to put his work first. A man doesn’t have the guilt. It’s different when you’re the wife and mother. There are things you expect of yourself, and your kids expect, things that you can’t do because you’re so busy'”

-My Best Friend was Angela Bennett by Suzanne Hillier, p. 215 of ARC

Sadly, I’ve said very similar things to other friends of mine, in fact the above quote can easily be transplanted into a book published in 2022 and it would be entirely believable. Perhaps the expectations have changed slightly, but the pressure working mothers put on themselves has never been higher, thanks to the ill effects of social media – but that’s a blog post for another day. The strength in this writing is the remarkable ability of Hillier to make these women, much older than me, so relatable and real to a reader in 2022.

My only complaint about this book, and it’s a minor one, is the vast difference in tone from the beginning to the end. We could feel that something bad was coming to Angela, in more ways than one, and of course it did. But when we focus on Dorothy’s career and her life, which is still a considerable challenge but on an entirely different level than Angela’s, I found it difficult to come down from the horrors at the beginning. I’m not especially sensitive to abuse, but I found it so distrubing that it coloured my reading of the rest of the novel. So if you choose to read it after this review, you will be going into it with eyes wide open, which is what I recommend.