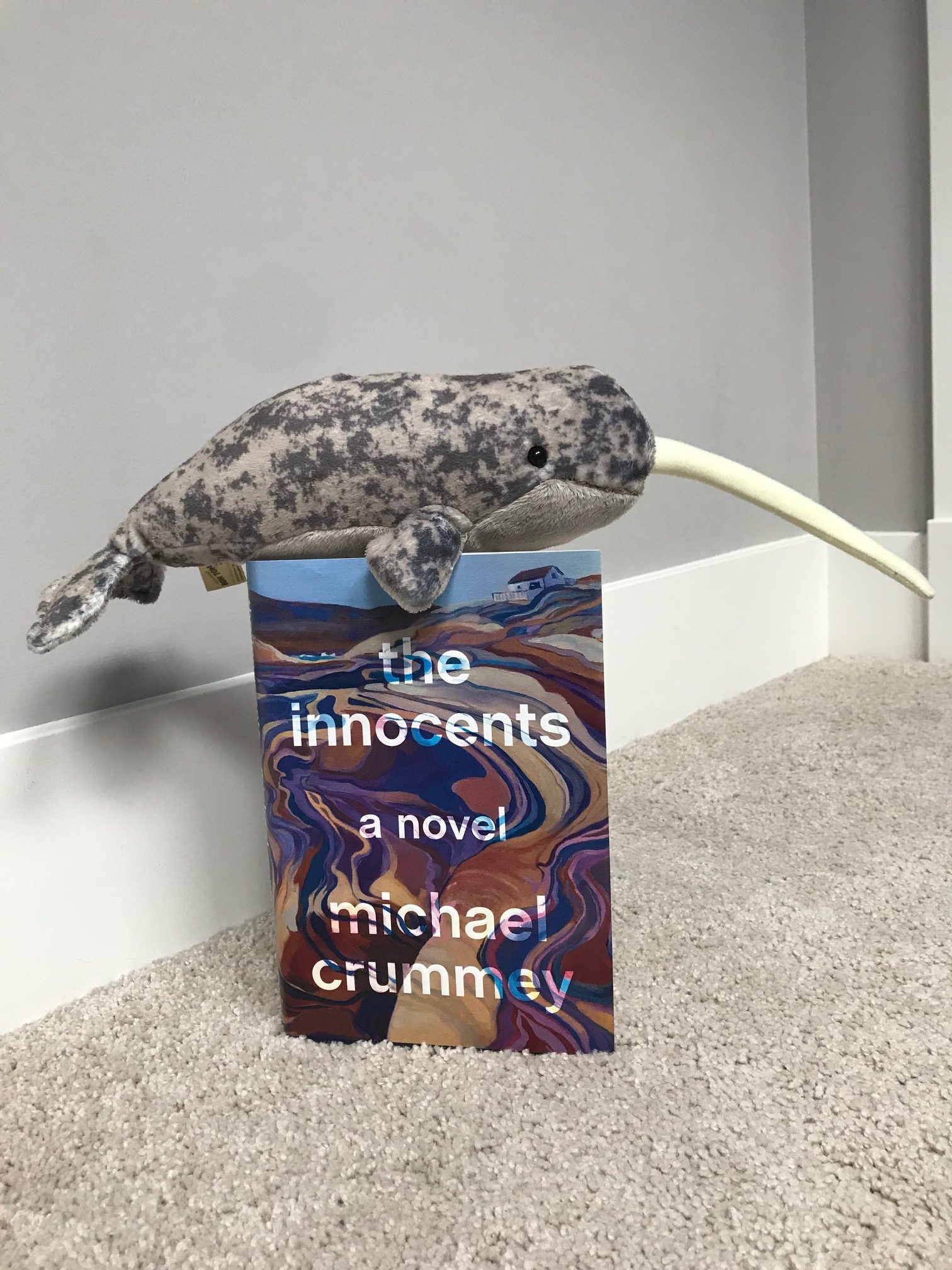 Let me set the scene for you: two kids live in an extremely isolated cove, their parents die, and they are forced to harvest and catch their own food as a means of survival. That’s it. That’s the book. And in the words of the author-who would want to read about that? I would actually, and I wasn’t disappointed either. The Innocents by Michael Crummey is a surprisingly fast-paced read that makes the most of its limited character and plot devices, highlighting the fact that true writing talent can make just about any situation interesting to a reader.

Ava and Evered have never left the isolated shores of their home, which is the coast of Northern Newfoundland (not exactly a hospitable area to live in the first place!). But when their younger baby sister dies, then both their parents right after that, their youthful innocence is sent to the bottom of the ocean, right along with their father’s body that they dump off the side of their family boat. It may seem unceremonious or cruel, but Ava and Evered aren’t dumb enough to waste their efforts on burying a body they can barely lift. Once they spend a dark winter mourning the loss of their family, they get right back to living, which is catching fish and tending to the garden that will serve to keep them alive. Short of a twice-a-year visit from a supply ship that sells staples in return for their fish, Ava and Evered have only each other for company. Besides their efforts of trying to stay alive, a few unexpected visitors come ashore, and they even venture out to a ship frozen into the ice in the dead of winter; a particularly haunting scene for many reasons.

So you can see there is quite a bit happening to keep the reader’s attention, and I never once felt like the book was meandering or boring. There are threats coming from all sides, and almost everything is a danger in one way or another, so the story is in fact, quite plot-driven. The characters of Ava and Evered are beautifully developed; the same way they slowly discover more of the land around their cove, the reader hesitantly delves deeper into the siblings inner lives, including their desires that will ultimately becoming their undoing. Crummey has created an interesting thought experiment with these two characters; what would it be like as a child, to lose the only adults in your life that you have ever known? Both of them have never met another living soul other than their parents and baby sister, and neither understand how to read or write, so the way they view the world around them, themselves, and the drive to be ‘happy’ is completely different from anything a modern-day reader could relate to. This is just one of the many reasons this is a fascinating book.

I loved how unapologetic the roughness of their lives were, mainly because it made me so thankful for the fact that I was not a physical laborer myself. Evered’s hands are so worn from catching and cleaning the fish each day that he pees on them in the mornings in an effort to clean and sterilize his wounds, “making fists under the burning salve to coax them to life” (p. 68). Most horrifying are the descriptions of childbirth and all that entails when living on an isolated rocky outpost with no modern medical assistance-new mothers will find those scenes especially horrific and cringe-inducing for obvious reasons.

As a Westerner, I was also introduced to some colourful east-coast terms that I can only assume are somewhat historical in nature as well. For example ‘slutlamp’ which is a ‘container for oil with lamp-chimney and a cloth wick’. Dictionary.com doesn’t list this word at all, so if anyone has anymore information on this term or where it came from, I would be greatly appreciative!

Time in this book is marked only by the seasons changing; we can’t be sure when the story actually takes place because the characters are so isolated, but they do discover a shipwrecked telescope, so history buffs should be able to use that little tidbit to place it past a certain year. Evered and Ava have no idea how old they are until they meet the crew of the supply ship, who record the births and deaths of their clients. They never really celebrate any sort of holiday, so the pinpointing of a particular day is next to impossible for them; the mention of any sort of calendar never comes up. Free from so many restraints that cause undue amounts of stress on our internet-generation, Ava and Evered live a simple, almost pastoral existence, one I found myself almost fantasizing about. But Crummey is quick to show us the brutality that they endure on a day-to-day basis, which cut short any rosy ideas I had about ‘the good ol’ days. Regardless of your opinion on progress, The Innocents is an engrossing read that will transport you right out of your comfortable life of screens and indoor plumbing, to a rocky beach that bears silent witness to all of humanity’s challenges and triumphs.