Book Review: The Girl on the Train by Paula Hawkins

I read Gone Girl by Gillian Flynn a few years ago, and really liked it. For those of you unfamiliar with the book (or the subsequent movie), it’s essentially a thriller rooted in marriage difficulties, with lots of twists and turns. It was enormously successful when it came out, so much so that a movie was made about it a few years later starring Ben Affleck.

I suspect this popularity was what drove Paula Hawkins to write (or perhaps submit, if it was already written) this book to publishers. The Girl on the Train is very similar to Gone Girl; it’s a thriller about a woman’s disappearance, with all eyes quickly turning to the husband as the most likely perpetrator. This book has an added twist to the plot however; the majority of the book is told through the eyes of a complete stranger to the couple, a sad woman whose life is in shambles, and fantasizes about this ‘perfect couple’ that she witnesses every day from her seat on a passing train. 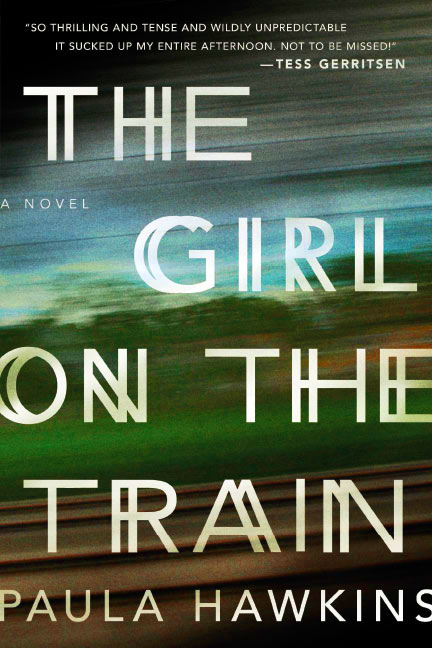 I’m struggling with my overall opinion on this book. I find the premise and plot just too similar to Gone Girl in many ways, and it doesn’t have as many twists and turns as its predecessor, which is what made me really like Flynn’s book in the first place. However, The Girl on the Train is a well written book in its own right, and is it really fair to judge a book by one that was published before it? It’s an assumption on my part that Hawkins wrote this following Gone Girl, for all we know it could have been in the works for the past 15 years (and for many writers, that would be a conservative estimate!).

Hawkins is a very good writer, I don’t want to give anyone the impression that she’s not. In fact, her character development is outstanding, that’s definitely something she has over Gillian Flynn. The protagonist I mentioned above, Rachel, is quite flawed (alcoholic, desperate, prone to lying) but we still trust her judgement, even though she’s prone to blackouts and cannot remember entire periods of her days and/or evenings. Hawkins skillfully weaves this character into the drama unfolding around her, while offering the reader glimpses into the lives of other characters in shorter, first person perspectives. As the mystery continues, you see things from other people’s eyes, but you don’t trust them, or their intentions, the way you do Rachel’s. I’m really not sure why this is exactly, but I’m assuming that Hawkins does this on purpose to give the readers some ‘landing space’, or a character that we can feel comfortable to return to periodically. If I didn’t trust any of the characters or their judgements at all, I would probably feel a bit lost in the narrative, and wouldn’t become as invested in discovering the real culprit as I found myself doing by the end of it.