Anna Benz, the protagonist of Hausfrau (meaning “housewife” in German), is living in Switzerland after moving there with her husband Bruno from the United States. They have three young children, live in a nice home in a respectable neighborhood, and appear to be ‘the perfect family’ from the outside. As you can probably guess by my quotation marks, they are anything but.

At first, Anna just seems bored. She embarks on various affairs with men that seem to give her a sense of purpose, something her life was lacking before (according to her). But as the book continued, I realized that Anna was far more than bored, she was depressed. I think my complete ignorance of her true state of mind just goes to show how marginalized mental illness can be, which is really at the heart of this book. Anna isn’t addicted to cheating on her husband, but she is desperately sad, and seeking ways to fill the hole in her heart that she isn’t entirely aware of. 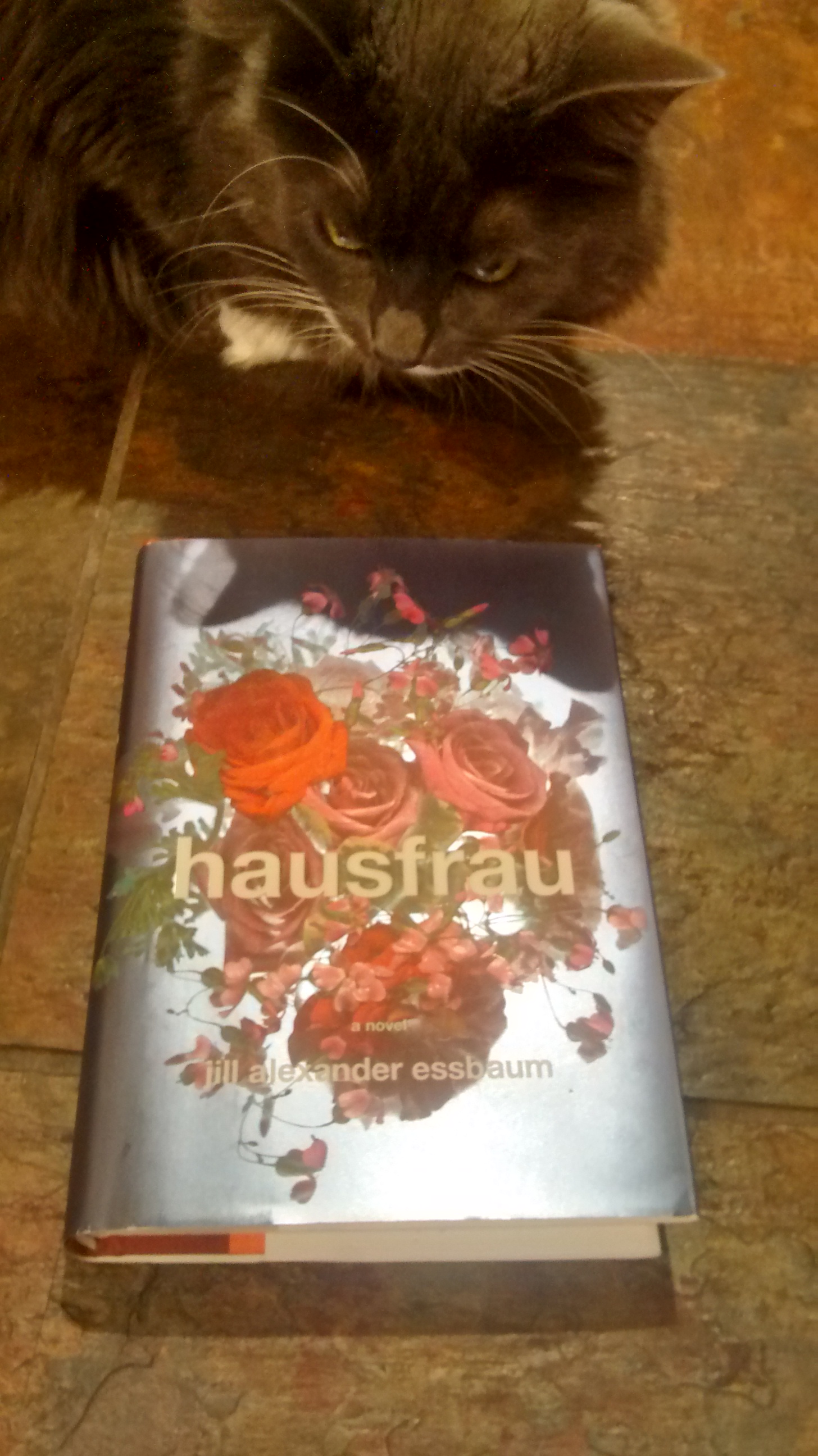 Anna attends German classes throughout the story, and the language lessons mirror her thoughts and actions in a brilliant way as the plot thickens. There was quite a bit of hype about this book when it first came out in the Spring, and I can see why; Essbaum is a very talented writer. She is a poet, but this is her first novel, and as I’ve mentioned in many of my past posts, novels written by poets are usually beautiful and it’s obvious that this author has chosen each word very carefully. That being said, the book left me feeling very flat. I probably felt this way because Hausfrau is very melancholic. Although I’m sure Essbaum didn’t intentionally want to paint the Swiss as a stiff or unfriendly culture, it did leave that impression on me, among other things.

I mistakenly assumed this was book was a thriller when I started reading. It’s undertones are quite bleak, and you do get the sense that the narrative is building towards something dark and disturbing, which does occur (that’s sort of a spoiler alert, but meh). There was enough going on in the plot that kept me reading right to the end, despite the sadness that pervaded the setting and characters.

Once again, my life is imitating art, because I’m headed to Switzerland for the first time in my life in October! Even though I’m technically a temporary hausfrau myself, I’m hoping my experiences of the Swiss are drastically different than what’s described in this book.