Book Review: We Are Not Ourselves by Matthew Thomas

Have you ever attended the reading of a book you hadn’t read yet, and gotten a pre-conceived notion of what it was going to be like before you actually bought it? Or just based on the few pages the author reads to you, you think you already have a good idea of what the story will consist of? I must admit I did just that when I heard Matthew Thomas read from his book We Are Not Ourselves this past October at Wordfest, although I didn’t dismiss it at the time. I just assumed I knew what kind of book it was going to be, based on his two short readings. 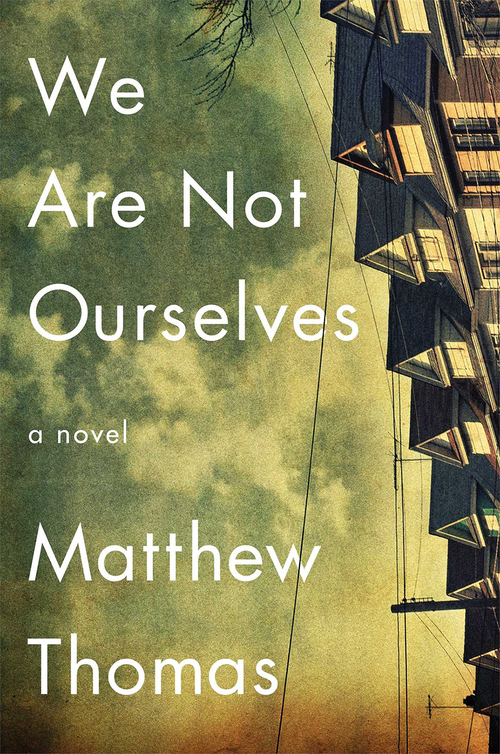 I wrongly assumed it was going to be a book about youth, and romantic relationships of early twenty-somethings. I couldn’t have been further from the truth! We Are Not Ourselves follows a woman named Eileen from her youth, through to her young marriage, the maturation of her relationship to her husband, and eventually her life after marriage. All this spans an impressive 620 pages. And you only hear from Eileen, and her son Connor, never from the perspective of her husband Ed. This is what gives the narrative it’s power however, simply seeing the two sides of the three-sided story. I won’t say anymore because I don’t want to give away the main crux of the story; the build-up to a particular realization is what creates a significant amount of dramatic tension in the book.

I’m not sure if Thomas intended this, but I grew to hate the 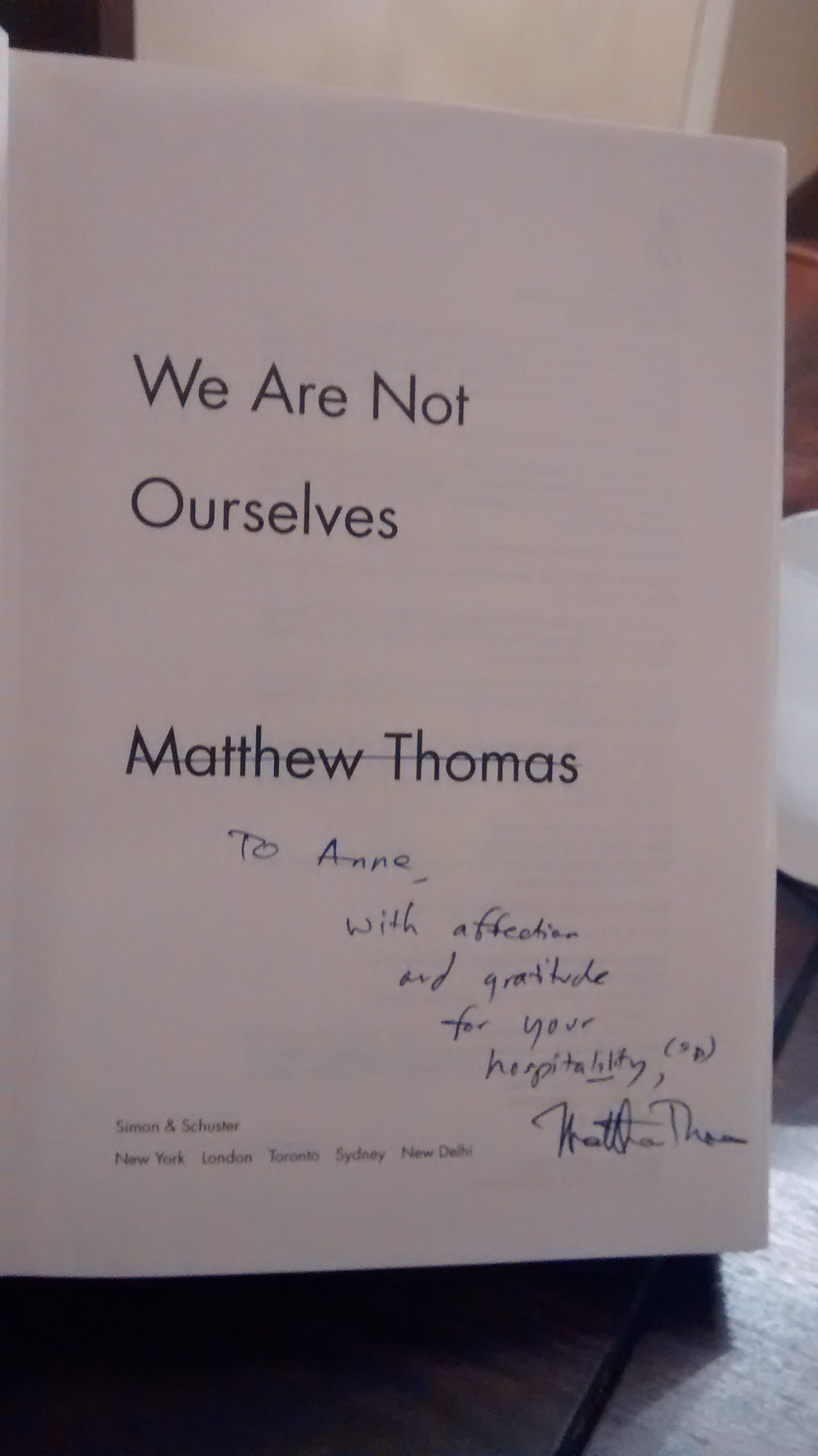 character of Eileen in the first third of the book; I wanted to reach into the pages and shake her out of her denial and stupor. She had an incredibly rough upbringing, battling between a charismatic but emotionally distant father and an alcoholic mother, therefore taking the role of caregiver much earlier in life than any child should. But from there, her independence seems to work against her, clouding her reality with visions of a perfect house and life that is unattainable for any realistic person. However, she goes against common sense and strives to achieve this idyllic being anyway, wreaking havoc on the people around her in the process. This foolish attempt at making things perfect from the outside is what made her character so frustrating, although the creation of this personality is also one of my favourite parts of Thomas’s writing, because it made this story so interesting.

I’m not sure if this is obviously yet, but I really did enjoy this novel, much more than I thought I would, especially considering it’s length (my faithful blog followers will know I typically hate longer than necessary books). I can also vouch for the author-he’s not a jerk, in fact he’s quite lovely, and very sensitive to his readers. I say this because I met him, and when he signed my book, he misspelled the word hospitality (see photo). Realizing his mistake, he was quite embarrassed, and quickly tried to fix it on the page  while joking about how ridiculous it was that a writer misspelled such a basic word. I know for a fact that many authors are shy and a bit insecure, but the fact that he so readily showed this side to me was quite charming, and I’ll never forget it. It’s also given me a great story to recount on this blog! So, thank you Mr. Thomas for proving my early judgements incorrect, and for writing such a wonderful story for me, and countless other readers to enjoy.