As the countdown to the Giller Prize ticks along, I’m reading and reviewing as many nominated books as I can. Next up on my list is Marina Endicott’s Close to Hugh.

I have a soft spot in my hardened little heart for Endicott. She splits her time between Toronto and Alberta (Edmonton), so she goes between the place I’ve come from, and the place I ended up. I realize this is quite arbitrary, but nonetheless, I’m inclined to pick up her books more often because of it. 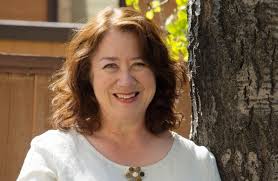 It also helps that she has landed on the Giller list more than once, and has also won other awards for her fiction. She is a dependable, literary writer who is also a beautiful wordsmith, and every few books that she writes seems to strike a chord with people, which is why I believe Close to Hugh is being recognized.

I read her last book The Little Shadows when it came out. I must admit, I wasn’t a huge fan. It’s not that I disliked it, but I found it too long, and I wasn’t engaged with the characters. Close to Hugh is also quite lengthy, but I adored everyone included, even though some of them were beyond frustrating (mainly because they were all artists in one way or another, therefore, they also tended to be very dramatic, eliciting a few eye-rolls once their hysterics got to be too much).

My favourite part of this book, by far, was Endicott’s play with the words Hugh/You. I never realized they sounded so similar until the chapter headings cleverly clued me in: Falling For Hugh, If It Makes Hugh Happy, Are Hugh My Mother? etc. I’m not sure why I loved this so much, but it fit into the narrative perfectly, as Hugh seemed to superimpose himself on many things unnecessarily, mistaking the word “Hugh” for “you” more than once.

As I mentioned above, it wouldn’t hurt for Endicott to cut down the length of her novels a bit, I think she would gain more readers if she tried this (some people are intimidated by big fat books, and voracious readers like myself don’t tend to gravitate towards them either), but either way, I think she’s got a good shot at being on the Giller shortlist, which is being announced October 5.  And if you live in the Calgary area, you’ll be interested to know she’s also going to Wordfest!