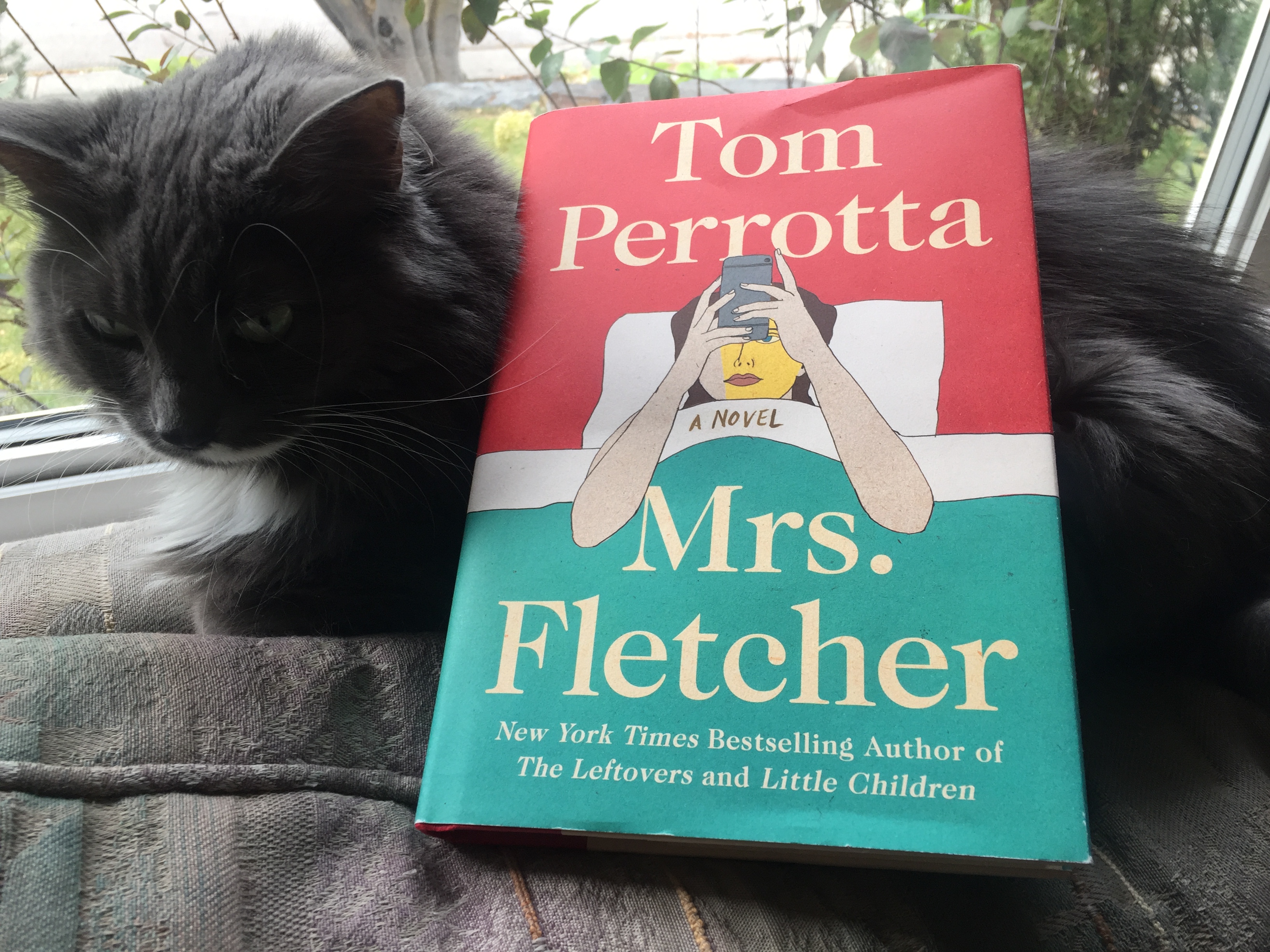 What do you think of when someone tells you a book is ‘ripe for book club discussion’? Does that kind of description make you roll your eyes, or encourage you to dive right in? I personally hate the insinuation that certain books are ‘book club’ books, because it assumes that all book clubs are the same. Mine of course, is the best book club in the world, and we’re currently reading a dreaded ‘book club’ book, but I think Mrs. Fletcher by Tom Perrotta is going to surprise people.

The name Mrs. Fletcher is sort of a play on Mrs. Robinson and The Graduate, because the protagonist and divorcee Eve ends up getting involved (let’s just keep it at that) with a younger man. She also dives headfirst into a mild porn addiction, all seemingly in response to the life-altering event that her son has moved away to college. Now I know this book is starting to sound very risque, and I’m sure my male readers are on their way to the bookstore right now. But I should mention that this book takes place mainly in the suburbs, and it also deals with Eve’s thick-skulled son Brendan, so it’s not all sexy times and cocktails. Much to Brendan’s disappointment, college isn’t just an extension of high school, and it’s not all about getting drunk and sleeping around. Interestingly, we read Eve’s chapters from a third person perspective and Brendan’s from first person, so we always know exactly what Brendan’s thinking, which is sort of depressing considering how shallow he is.

I really liked the mundane subject matter of this book. It deals almost wholly with the relationships people have with each other, and how our relationship with ourselves change as move between life stages. This isn’t an action-packed plot, but the dynamics between people are constantly changing which makes for a quick and absorbing read. I also like the juxtaposition between two very different people: Eve and her son. Eve embarks on a life-changing path that begins with her enrolling in a class taught by a transgendered professor, while Brendan bumbles his way through campus life trying to maintain the ignorant status-quo he’s relied on thus far. 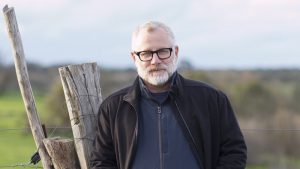 The biggest surprise of the book is the amount of left-ish political viewpoints that are expressed in the small town campus he belongs to. Believe me, this isn’t a complaint, I was just taken aback by how politically correct Brendan’s peer group was.  Just a few examples; he joins in to a Michael Brown protest on campus because a girl he had a crush on was involved. That was right after we hear him complain about a bad mark he got on his writing assignment where he had to explain “What Does White Privilege Mean to Me?”, and shortly after he muses on the effects of climate change. I don’t recall my university experience looking like this, but I find this development heartening nonetheless. These open-minded kids are juxtaposed with the seniors that Eve works with at her job, who are so disgusted with the idea of transgendered people that they label it as a mental illness. I’m sure Perrotta is using these as extremes, and there is of course lots of space in the ‘grey zones’ of these topics, but I appreciate him raising these issues within the setting of the not-so-bland American suburbs.

A question to my readers: do you think Perrotta is drawing on extremes here, or is the landscape of the suburbs starting to change? I’d love perspectives from all countries, I’m sure we’d all like to comment on the modern make-up of Americans today 🙂