Radio Segment: Read These Even Though You May Not Have Heard of Them

I’ve always followed Canada’s annual book awards, enjoyed reporting on them, etc. But sometimes we miss out on some amazing titles that don’t make it on these lists, so for my most recent book segment on the CBC I wanted to 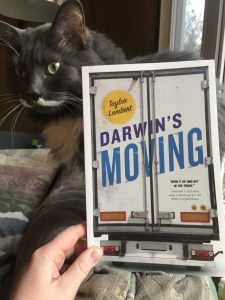 draw attention to the hidden gems that are still worth our time . You can listen to the full 7 minute segment here. The first book I spoke about is called Darwin’s Moving by Taylor Lambert.  The second book I talked about Lisa Murphy-Lamb’s Jesus on the Dashboard, which is a fabulous read as well. I plan on posting my review of that book shortly! 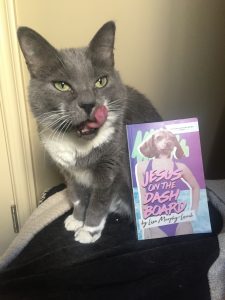 Both of these books are written by Calgary authors, and both were published by Alberta Publishers-woo hoo! Local reads are the best kind of reads, because I know I’m not the only one who loves to devour stories set amongst local landmarks. Both are very different kinds of books (non-fiction vs. YA) but the writing in each is superb. Did I mention they aren’t too long? Both have also had great edits, which as you know dear reader, means the world to us bookworms.