I never thought I would willingly pick up a book about the Civil War, mainly because the idea of it bores me. People may find this offensive, because granted, the various wars in our history are an important part of who we are today, but that doesn’t mean I need to spend my spare time reading about it.

So, when I picked up Neverhome for the first time, I gave an exasperated groan in my head when I read the description. “Great”, I thought. “A tale of one woman’s participation in the Civil War”. I couldn’t think of anything less appealing to me to read. However, I was quickly swept away by the character of Ash/Constance Thompson, a woman who disguises herself as a  man in order to fight alongside her countrymen against the south in the Civil War. 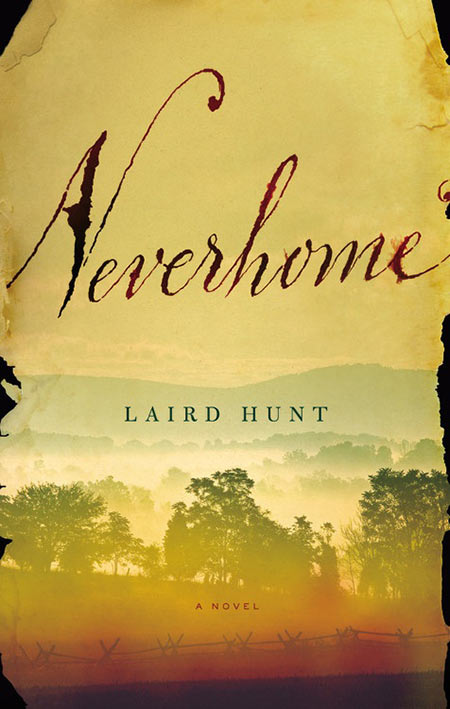 Did you know that this was somewhat common for that war? Obviously women were not allowed to fight in the front lines in that day, (many were nurses) but some women felt so strongly about the cause, that they dressed up as men and joined up anyway, risking quite a bit to do so.

Constance is an interesting character, an early feminist if I could go so far. She grew up on a farm, and was braver than most boys around her. She married a man who was unable to join up due to some physical ailments, so she left their homestead instead. Her reasons for leaving her happy marriage and home are a bit muddled at the beginning, and the reader never learns her true motivation until the end of the novel.

She actually fits in quite well with her fellow soldiers, and manages to keep her secret with relatively few close-calls. She also turns out to be extremely skilled at shooting, and quickly earns the respect of her men around her. However, things take a dark turn (yes, even darker than they could in war) and ends up in a mental institution for an indeterminate amount of time. It’s at this point that you begin to question the truthfulness of what you’re reading, and whether or not Constance’s voice can be trusted as a narrator. Of course it’s difficult to trust someone who is essentially living a lie as a man in the first place, but as her mental state becomes more and more unstable, as a reader I questioned whether or not her version of reality was something to be trusted.

Despite that, she seems to recover (somewhat) and I continued to root for her, hoping for a happy ending, although she quickly falls further and further from her original self as the atrocities of war continue to haunt her. I found this book to be a very real, and honest account of what PTSD must have been like for people before the condition was ever considered an actual illness as it is today.

So, Laird Hunt does an amazing job of making this war a very real thing for a young woman of my age, which is no small feat. Constance is a beacon of bravery among the characters I typically encounter in my reading travels, and she’s one I won’t soon forget.