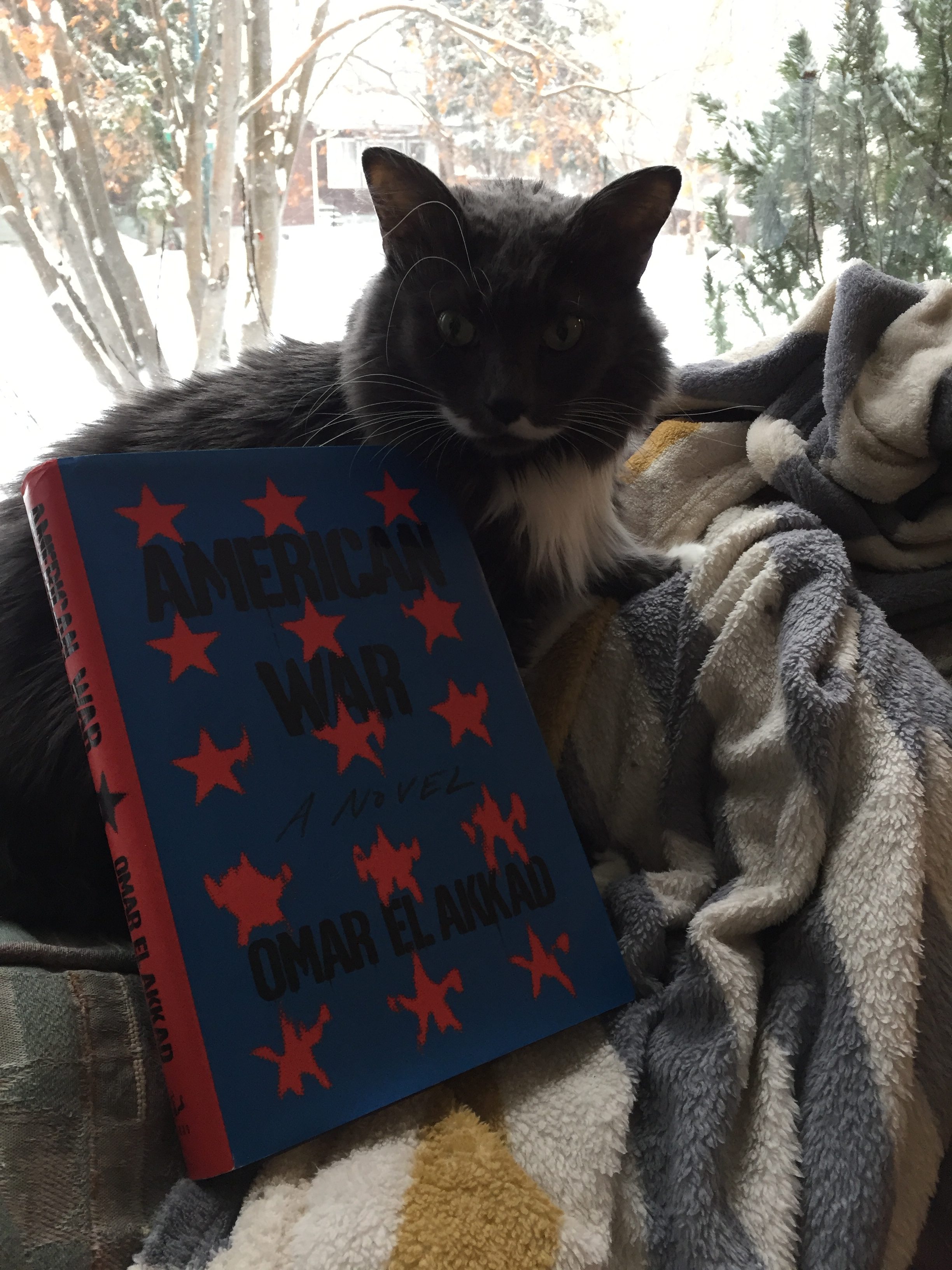 I loved this book. I didn’t think I would, because it’s about two things I don’t typically enjoy reading about: American politics (ugh) and dystopian futures (double ugh). I picked up American War by Omar El Akkad despite these hesitations because I had read some positive reviews of it, and the author was featured in Quill and Quire, which I follow and read religiously. I’m so glad I did, because this is a book that will stay with me for a long time, and for me, a long time is about 4 or 5 books away.

The story is set in America between 2075-2123, a desolate place I hope remains only this author’s incredible imagination because half of the east coast is underwater, and the west coast is burnt to a crisp. Alaska remains one of the few places that is temperate enough to live, although it rarely snows there anymore. Climate change is not the only force that’s torn this country apart; a second civil war has broken out between the north and south. The southern states seceded from the north after being forced into abandoning their use of fossil fuels. Terrorism within the states is also a clear and present danger-plagues released by humans are ravaging populations, killing as many as 100 million people at a time. Although I’m sure you’ll agree with me that this all sounds terrifying, wouldn’t you also agree that this also sounds…possible?

Akkad visited Calgary a few months ago, which I’m super bummed I missed out on now

Climate refugees exist in other parts of the world, North America certainly isn’t immune to this either. And the horrific circumstances that the protagonist Sarat and her family endure in this book aren’t that unique-the atrocities they experience (having to flee their home, living in a refugee camp for years on end, etc.) are occurrences that we hear about on the news every day here in 2017, but those stories take place millions of miles away from us, so unfortunately we don’t seem to be able to drum up as much empathy for these people as they deserve. I think that’s what I found truly disturbing about this book; not the fact that this could happen, but the fact that it’s happening already, right now as I type this, and not a lot of people seem to care. 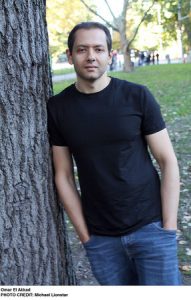 Akkad is masterful at building a connection between the reader and Sarat, even though she does horrible things. Her capacity for hate seems to be unending, but at the same time we realize “The universal slogan of war … was simple: If it had been you, you’d have done no different” (p. 184). There are of course exceptions to every rule, but it’s difficult to judge someone’s actions when you’ve never been placed into that exact same situation before, with those same biases, upbringing, experience, etc.

I also appreciate that there’s no clear right or wrong in this novel-each side does terrible things to each other, and I was never sure whose ‘side’ I was on, which to me, mimics lots of wars perfectly. We’d like to think there are good and bad guys, but it rarely turns out that way. So this book won’t provide you with many answers, but it will  prompt you to listen to your international news broadcast with a more understanding and empathetic ear.