Book Review: The Woman in Cabin 10 by Ruth Ware 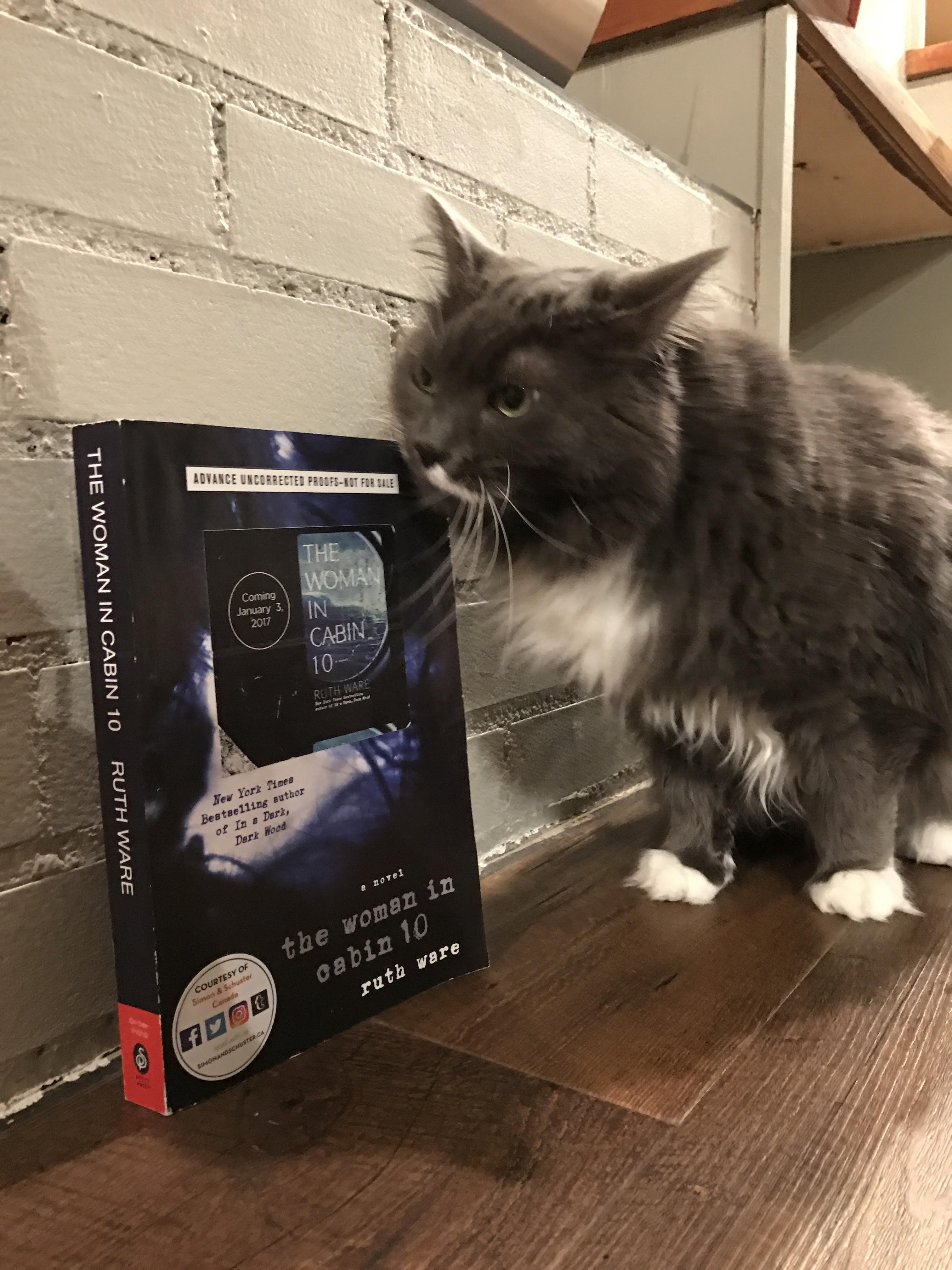 So I was super pumped about Ruth Ware’s second book The Woman in Cabin 10, because I loved her first book In a Dark, Dark Wood.  And then I got even more excited when I finally received it in the mail, and it came with a tube of mascara with a little sticker on it saying ‘please return to the woman in cabin 10’. Yay-free mascara! I was later disappointed to discover the mascara is pink (wtf am I supposed to do with that?) but no matter, this didn’t affect my impression of the book, I just thought it was cool that the publishers included that clever little publicity push.

Anyway, the story follows a young woman (very similar to the character in her first book) named “Lo”,  a travel journalist that lands a sweet gig of reviewing an ultra-luxury cruise ship for the magazine she works for. But, once she gets on board, she briefly meets a woman in the cabin next to her, whom later disappears off the ship. But everyone claims that cabin was empty, even though Lo has actual proof she existed; she borrowed a tube of mascara from her! You can see where this is going, and why it’s so suspenseful.

One thing Ware did particularly well was communicate a sense of claustrophobia while on the boat. I love being on the water, but Lo’s anxiety made me think twice about how confining that experience can be. I don’t want to give anything away, but Lo finds herself in a small cabin for an extended period of time at one point, and her thoughts and feelings were so authentic that it felt like I was watching a movie. Again, people who don’t like the sea really shouldn’t read this book, it will only make their phobia worse!

Ware is no literary genius, her books won’t be up for a Nobel anytime soon, but they are extremely entertaining. Most bestselling books are like this, fyi, so it’s not a slight against the author, she is truly giving readers what they want. I loved reading this book because it had so many things going for it: a protagonist I genuinely liked, unexpected twists in the plot line, and potential romantic partners at every turn. Not to mention the glamorous trip Lo finds herself on-the descriptions of the boat were sumptous and made us believe we were sailing the high seas as well.

I guess I’m just worried about the future of Ware’s books; will she keep churning out more of the same? They are obviously doing well for her, but there are lots of similarities between both her stories, so if she keeps following this same formula (girl goes off on trip, suspicious things happen while on that trip, things unravel faster than can be explained,  climax occurs where surprising event takes places, girl returns home the hero) I may abandon Ware’s books for something new.