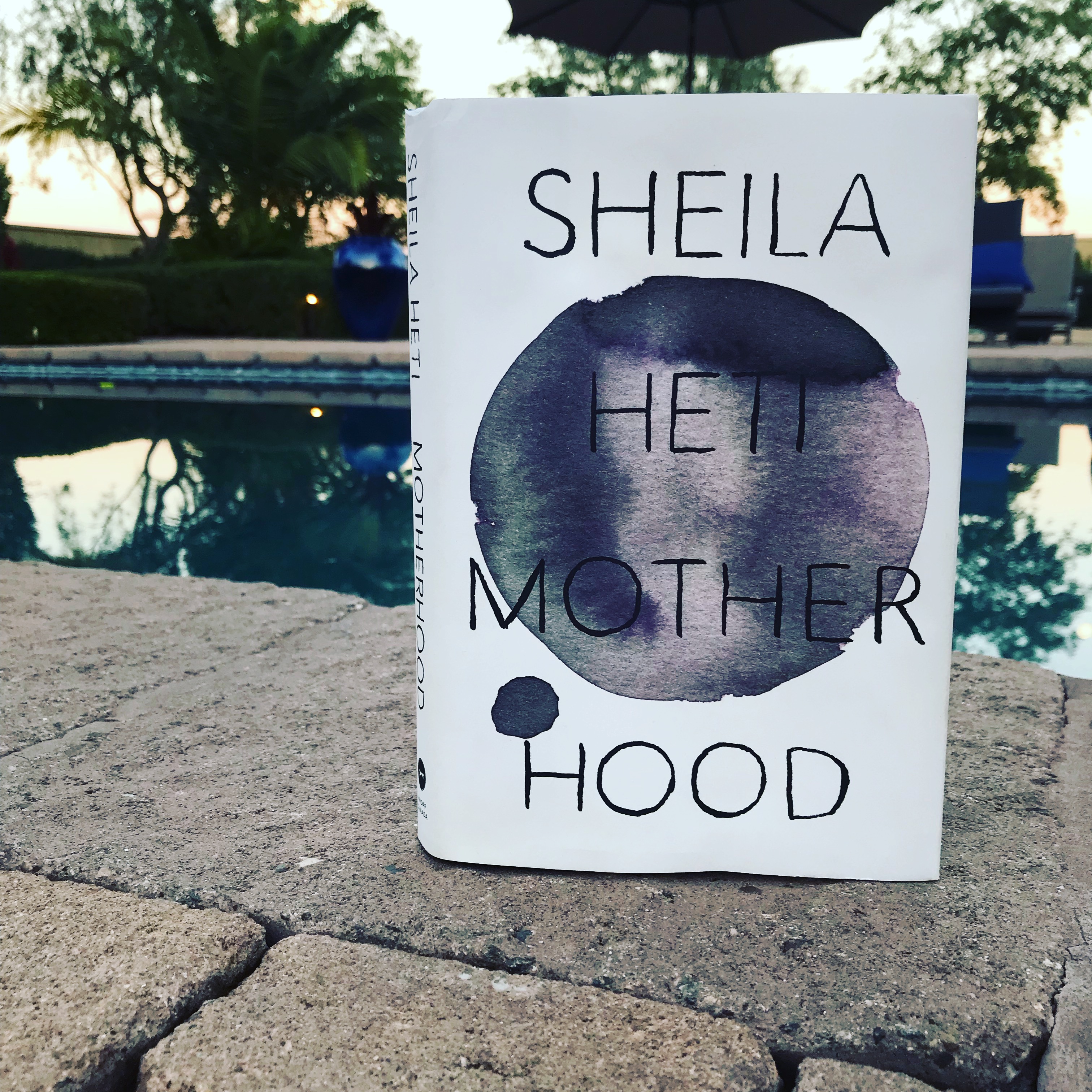 Sheila Heti’s older book How Should a Person Be? seems a more apt title for her most recent work Motherhood   because it’s basically just a woman debating how she should live her life. This is the first book by her that I’ve ever read, so perhaps this is how most of her writing comes across, but I found these particular pages filled with philosophical meanderings, self-involved observations and well-phrased quips that are sure to stay with me for many weeks to come.

Not much happens other than intense introspection and analyzing of the narrator’s life and her partner Miles. Occasionally we hear about a specific trip the narrator may take, a dinner she has with friends, a trip to the doctor, but we mainly live in her head. She is completely absorbed with the question of whether to have a child. And it doesn’t help that Miles has a daughter with another woman while claiming he is completely ambivalent about whether to have another child (but based on the narrator’s relaying of his side of their conversations, he seems quite happy to never have another kid). One of his gems:

“Of course raising children is a lot of hard work, but I don’t see why it’s supposed to be so virtuous to do work that you created for yourself out of purely your own self-interest. It’s like someone who digs a big hole in the middle of a busy intersection, and then starts filling it up again, and proclaims: Filling up this hole is the most important thing in the world I could be doing right now” (p. 193).

I don’t doubt that many parents will read this book and cringe, or as some women have told me, throw it across the room. I found it provocative for sure, but I also agreed with many of the statements, even if they seemed derogatory towards parents. Heti is painfully honest in her writing, but I really admire that because I know this is a conversation that many women have in their heads (or with their friends) but are too embarrassed to admit it publicly. Imagine writing this in a book, published internationally, for all the world to see! And now it’s a bestseller, having been shortlisted for the Scotiabank Giller Prize, so she had to read it in front of large audiences all across Canada too.

I didn’t really like the fact that we only heard from one person’s perspective, and although that’s the point of the book, I found it tedious to read. She also freely admits to being extremely hormonal around certain times of the month, so in some ways, she was an ‘unreliable’ narrator that we so frequently come across in modern day thrillers, making it difficult for me to believe the conversations she relayed. Because all the back and forth was written by her alone, we were never able to draw our own conclusions about anything.

The subject of motherhood is so exhaustively explored in this book, so I was hoping Heti would address the fact that this is a choice that many women do not have the luxury of making. Abortion is dealt with quickly in one short section of the writing, but what about the women who live in a culture that forces motherhood upon them? In the western world, motherhood is (for the most part) a decision, but many women around the world have little choice in the matter.

This isn’t so much a book to enjoy, as it is to read and ponder well after you finish the last page. It will inspire much-needed conversations about how we view women who purposely decide to not have children, and how women arrive at that decision.