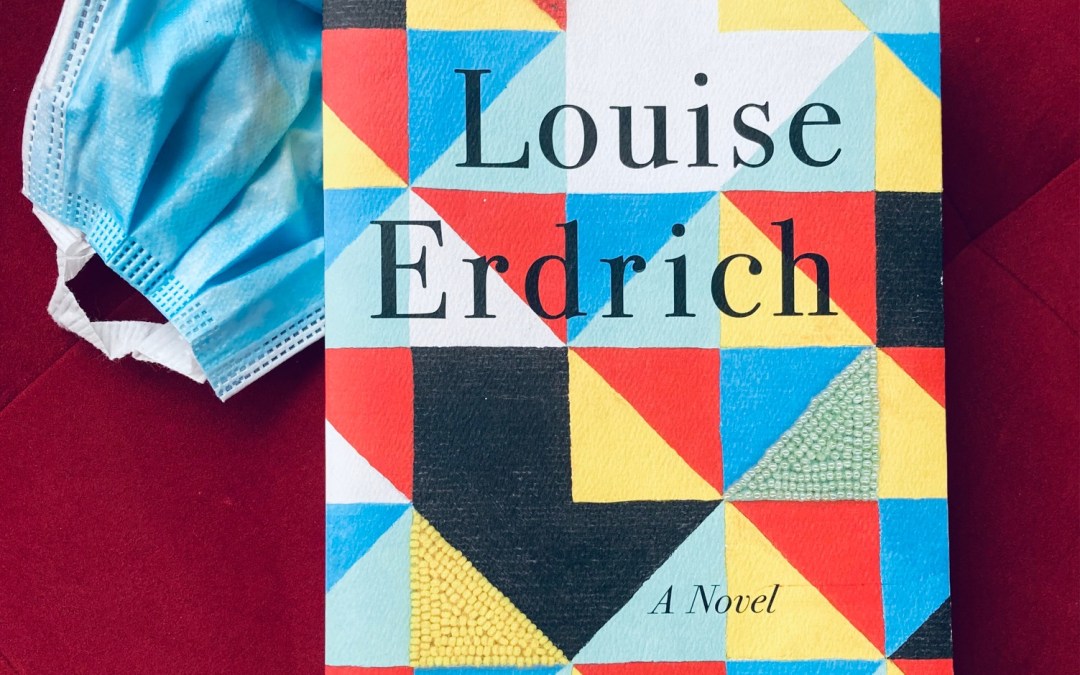 I had seen brief reviews and mentions of The Sentence by Louise Erdrich around, but never received it from the publisher for review, so accepted the fact I wasn’t likely to read it. But then I read a great review of it by Consumed by Ink which outlined that it was a ghost story that took place in a bookstore, so I decided it had way too many elements that interested me, and I bought it right away. It languished on my shelf for a few months, but I finally picked it up a few days before Halloween. It includes a pivotal date at the beginning of November, so although it does involve a haunting, it’s more of a November book than an October one. And because it’s by Louise Erdrich, it’s really an ‘anytime’ kind of book too, simply because she’s such a gem of a writer.

Tookie had a rough start in life, and to make matters worse we meet her right before she ends up in jail for moving a dead body across state lines. She spends a long time locked up, but when she eventually gets out she marries a man that adores her and begins work at a bookstore in Minneapolis, so her circumstances quickly improve. Reading got her through her incarceration and books are her ticket to a steady job and fulfillment, making friends with her coworkers and leading a relatively quiet existence. Her newfound comfort is interrupted by an overzealous customer named Flora who dies then haunts the store when Tookie is working. Although the other workers slowly admit to the ghost’s existence, Flora mainly bothers Tookie, whispering in her ear, knocking books off shelfs, and generally driving her crazy. The book focuses on a year of Tookie’s life, November 2019 to November 2020, so it not only describes this haunting, but it also goes into detail of the pandemic, George Floyd’s murder, and all the horrible things that were happening in the world at that time. It ends with an extensive list of recommended books though, so I can confidently assure you that it’s not all doom and gloom.

Louise Erdrich is arguably, one of the most successful Native American writers in recent history. Her backlist is extensive, and she’s won the Pulitzer Prize. Her character Tookie is also Indigenous, as is many of the bookstore employees and Tookie’s partner, so all the challenges of this particular year are told through an Indigenous lens. This perspective is most obvious when the George Floyd murder occurs, and Black Lives Matter movements gain momentum, prompting Indigenous allyship that motivates Tookie’s family to join the marches (masked for protection from Covid), and in one really beautiful scene, dance with jingle dresses to honour the dead. Surprisingly, Tookie’s opinion of the haunting isn’t necessarily informed by her Aboriginal background, instead, she takes advice from others on why Flora hasn’t properly crossed over, and suggestions on how she can usher along the process. It’s not until the reveal of WHY Flora is sticking around that we learn the challenges surrounding one’s identity play a pivotal role in the storyline. Tookie grows into herself over this one year, and certain truths she was ignoring or pushing away become the key to solving this haunting.

I like ghosts, and I like books, which were the two main drivers for me picking up this novel, and I was delighted with all the inner-circle references that only booklovers would understand and appreciate, including a reference to a Little Free Library. My favourite quote comes at the beginning of the book:

“Five days after Flora died, she was still coming to the bookstore. I’m still not strictly rational. How could I be? I sell books”

-p. 35 of The Sentence by Louise Erdrich

Like Tookie, I’m soothed by the presence of books, and although she grew to fear the signals from Flora’s ghost, she still found peace in working at the bookstore.

Reminding me of another gifted writer Fredrik Backman, Erdrich has a beautiful way of writing that perfect captures a feeling in words. Some of my other favourite quotes:

“Already, passing through these tranquil streets, I experience…a sense of dreamy disturbance, then despair over how climate change is already altering our world…The act of walking down a beautiful November street, comfortable in only a thin sweater, was an infected sort of pleasure”

“How was it that protests against police violence showed how violent police really were?”

This is undoubtedly a long book, the paperback is 386 pages long, but it’s got many ‘big’ topics packed into it. The reference to the police violence above is just the beginning; Tookie’s husband is a part of the tribal police, so they dig into the complicated emotions behind the BLM protests, among many other things.

I clearly enjoyed this novel but I recognize it’s not for everyone. Even if you don’t feel like re-hashing the pandemic (and I don’t blame you if you don’t), picking up another book in the Erdrich backlist will likely do you good.