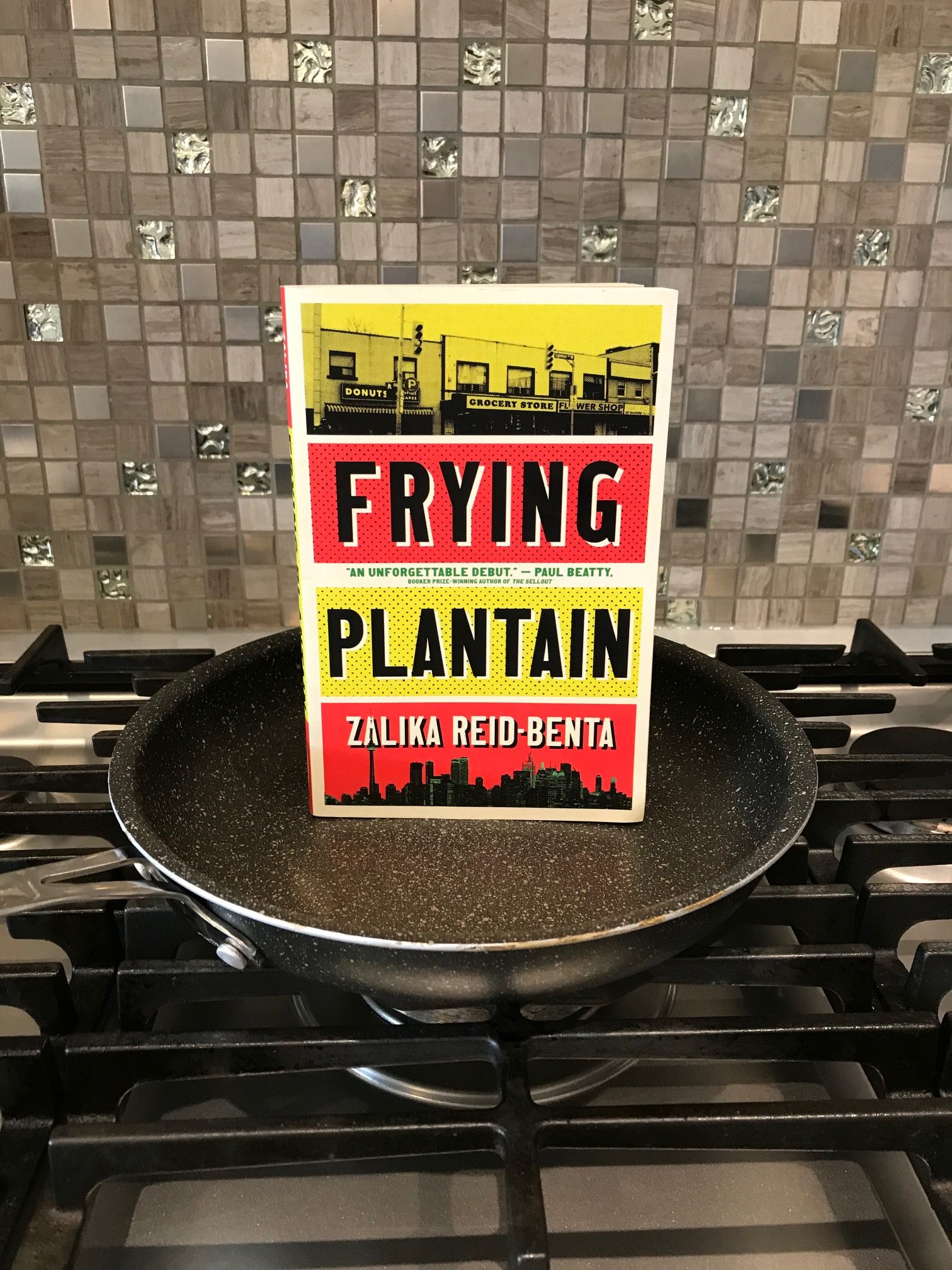 Can I get a hurrah for linked short story collections? Frying Plantain by Zalika Reid-Benta is a quiet yet decisive book that doesn’t gloss over the first and second generation immigrant experience in Canada. And instead of getting a disjointed look at these experiences through a raft of different characters, we follow one person, Kara Davis, as she grows from a young girl into a university student in the city of Toronto, Canada. Because of this focus on one character and her immediate surroundings, Frying Plantain reads much like a novel would; each story could easily act as a chapter. I don’t typically hesitate to pick up short story collections myself, but I know lots of readers do, so perhaps this format may convert those who (think they) don’t like the genre.

Kara’s mother Eloise was pregnant and single at 17, and like so many mothers, wants nothing but ‘better’ for her daughter. Not surprisingly, this pressure manifests in the form of strict curfews, intense emphasis on school work and the insistence on no contact with the opposite sex, even when Kara’s a teenager. Shirking under her mother’s rules, Kara finds herself pulled in two contrasting directions; becoming the woman Eloise demands of her while acting as a mediator between Eloise and her own mother Verna. If Eloise comes across as angry or overly aggressive at times, Verna is even more so. Her rage comes to a head when she kicks Kara and Eloise out of her own house, essentially leaving them homeless, complaining of their lack of respect for her things as her excuse. In Verna’s eyes, there is nothing worse than moving her furniture, leaving marks on the walls, or simply making a scene, giving neighbors or friends fodder for gossip.

Although the women’s rules for themselves and their kin seem over-the-top to some readers, just as many will be nodding their heads. I’ve heard many immigrants to our country, especially refugees, or (anyone who may not ‘look’ Canadian for that matter) speak about the expectation that they must meet a higher standard than those who appear/sound like they were born here. Both Eloise and Verna are exceptionally aware of this double standard, forcing these beliefs on Kara as well. But, growing up among people who were born in Canada, Kara is also struggling to fit in with her friends, as any teenager does, regardless of race, culture or lineage. You can see how difficult Kara’s situation is, yet instead of painting her as a victim, Reid-Benta creates a young woman who is subdued yet firm, demonstrating a quiet grace that neutralizes the stubborn personalities she’s surrounded by.

In stark contrast to the deeply nuanced portraits of women in this narrative, men are generally unreliable, if mentioned at all. I don’t believe the author is trying to make a grand statement by ignoring the other gender, it’s simply an observation that’s relevant to the experience of reading it. In some ways, it makes the collection seem a bit more intimate, almost as if we’re being led into a woman’s domain where men are not welcome. The tensions that simmer below the surface go largely unrecognized by the male characters, and it’s not until shouts are issued, (or in one case, clocks are thrown on the ground) that the men seem to take any notice.

This book is a coming-of-age tale through and through so not much happens in the way of plot, as family dynamics take center stage here. This type of writing can go either way for me; it could bore me, or it could wrap me up in the emotional bonds that the characters find themselves in as well, and thankfully this book does the latter. Frying Plantain successfully uses dialogue, internal and external, to keep the pages turning. Although I’m disappointed it didn’t make the Giller shortlist, I’m so glad it made the longlist, and I hope it’s popularity continues to grow.