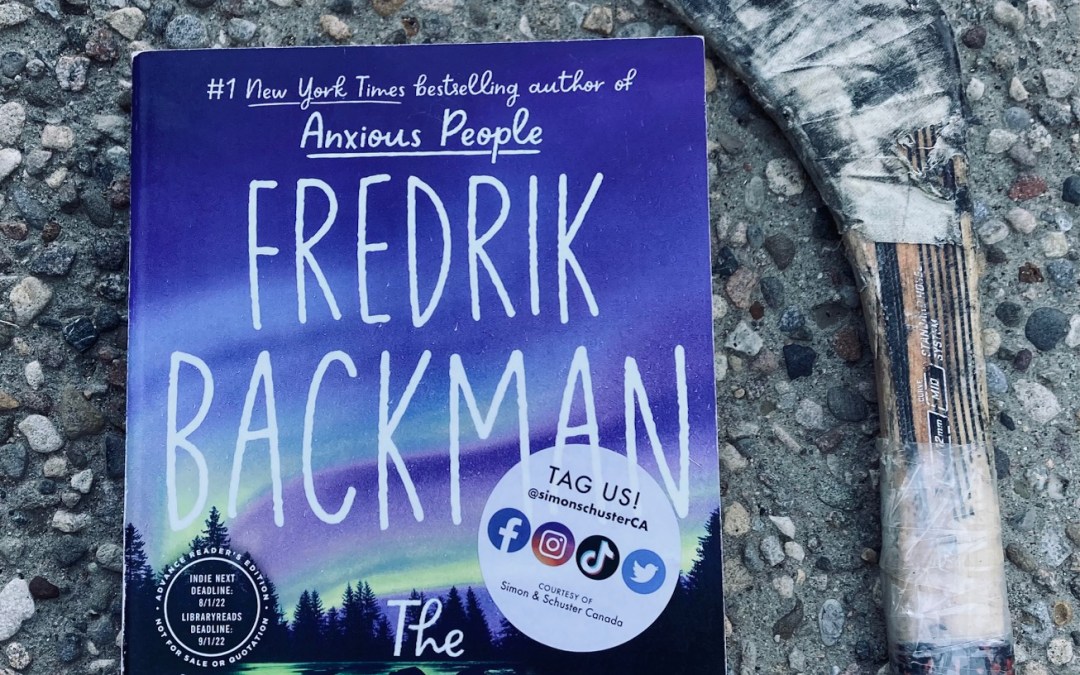 Last year I read the bestseller Beartown by Fredrik Backman, the first in the Beartown series which had come out years ago. This Fall I was sent the third and last installment in that series called The Winners, which took me awhile to read due to its length (670 pages) but I enjoyed once I was able to ‘get into it’ ( a requirement for any larger book). I didn’t read the middle book titled Us Against You, but its events were quickly summarized in The Winners anyway, so I never felt like I was missing out on anything. This whole series is about hockey, and even though I could care less about sports, I still felt moved by these books and the characters within them. Backman’s books will always hold a special place in my heart, and this latest release is no different.

The Winners begins with a huge storm that sweeps through Beartown and Hed, knocking down huge trees and cutting power to almost everyone for at least a few hours. The two towns hold a long grudge manifested through their hockey teams, and because of the storm’s destruction Hed is forced to practice in the Beartown arena, which prompts a few brawls. We follow one character, Maya, who has returned home after the storm for a break from college, and finds her father Peter, an ex-NHL player and hockey coach, fairly depressed. Maya was one of the main characters from Beartown in which she accused a star hockey player of rape, and in this book she is still suffering emotionally from the assault. We learn of a new sexual assault in this book, one that was not reported, and we follow the consequences of that awful night, and what happens when a woman doesn’t have a support network behind her. We also follow the shattered dreams of a star player who didn’t make the NHL draft and is limping back from an injury and drug dependency, along with a few other characters who we read about in their own first-person perspectives. Everyone is always connected in these towns, so it’s easy to follow along with each individual story and plotline, especially because hockey is the nucleus to almost everything.

This book, more than any other Backman I’ve read so far, includes much foreshadowing. Perhaps it’s to help drive the reader through the many pages, or maybe it’s because it lends a bit of seriousness when you are made aware that a character is going to die in a few days, but regardless of the reason Backman uses it, he uses it ALOT in this particular book. The storm itself is also used as a disruptor – it seems to shake loose the anger that was building up since the last book (and town-to-town war) that triggers the conflict in The Winners. These two towns are separated by a physical forest and an emotional wall of hate, and it’s not until these barriers break down by force that the characters are spurred into action, some of it positive, and some of it negative.

The motivations of each character is what makes this book complicated. People are not good or bad in these towns, because we visit each character in a first-person capacity, we learn why they do things, even if those acts are horrible. Backman’s books are so appealing because of his capacity for empathy; he so perfectly describes the human condition, especially parenting in these pithy little quotes that I can’t get enough of (see my last review for an example). But I’m also impressed by the way Backman can describe the very complicated feelings that only motherhood can elicit:

“…she could have had just a job, but chose to have a career. You have a job for your family’s sake and a career for your own. She’s selfish with her time. She could have lived for them, but that isn’t enough for her.”

-p. 49 of The Winners by Fredrik Backman, ARC version

Maya’s mother Kira is a strong, independent woman who loves her job and her family in equal measure, and like many women I know, including myself, struggle with these competing forces in their lives. But that’s what’s so incredible about this book and series; it tackles a huge variety of topics.

Hockey is the ONLY thing that matters in these towns, and those who don’t participate are viewed as outcasts. For many of the characters, hockey is a saviour, a ticket out of poverty, a way of relating to others, even a simple distraction to ease the loneliness of the long dark days so far up north. But through other characters, Backman shows the danger of the hockey obsession, and the havoc it wreaks on people’s lives. Again, this is why he’s a bestselling writer; he has somehow presented a balanced view of a sport that forms the basis for an entire series, and yet, I feel he only deepened my interest in it – he didn’t pass judgement on it, or ask me as a reader to judge it either. He just wrote a really great series of stories, and for that reason I’m going to continue recommending this very special writer.