Guest Post, Reading My Way to Resilience: How I Created Sue’s Stokvel 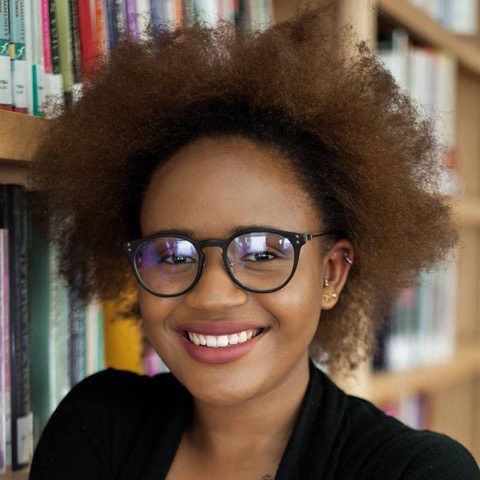 For those who have been following my blog regularly, you will know what a big fan of book clubs I am. Calgary is full of innovative bookworms, and I wanted to highlight some of the other wonderful book clubs that my readers should know about. Sue-Shane Tsomondo is a fellow book-lover who has partnered with an indie book store in the latest iteration of her book club, Sue’s Stokvel, which she discusses below.

Shifting the Narrative and Healing Through Storytelling

In the Winter of 2018, I was finishing up my undergraduate degree in International Relations with a minor in English. I was enrolled in a Global Literatures Course. The course description states that the course is “a comparative overview of literature from a range of regions around the world. May include an examination of post-colonial, diasporic, and globalization theories.” This vague description really meant we had this single opportunity to cover literature from outside the western world, which predominantly affects and erases writers of colour from the literary canon. As a consequence, their work is never explored outside of our relationship with the west (postcolonial/diasporic etc.).

The loneliness of moving to a new country at 18 pushed me to seek out African literature and pursue English literature seriously. It was disappointing but not surprising to find that African writers were largely excluded from the syllabi. In my home country, Zimbabwe, the education system is largely still a reflection of British influence as a result of colonization. When I was younger it had never occurred to me, and it had never been presented to me as a possibility that African literature was appealing or at the same level of academic importance as literature written by white men. It was in my loneliness and isolation, as newcomer to Canada, that I delved into the work of Steve Biko, Yvonne Vera and Dambudzo Marechera. In an interview, African-American Science Fiction writer Octavia E. Butler said, “You’ve got to make your own worlds. You’ve got to write yourself in. Whether you are a part of the greater society or not, you get to write yourself in. So, I get to write myself in.” I did not yet have the ability to create my own worlds, but in reading these stories I saw a world that was created with me in mind.

I graduated in the Summer of 2018. It wasn’t until the summer of 2019 that I created Sue’s Stokvel. Why then? I had just left a diversity and inclusion position where I felt so much work could be done, but there was infinite red tape and an unwillingness to push the envelope in regards to diversity. As Angela Davis has said, diversity is used as “a corporate strategy” and not as a tool for transitional justice. Sue’s Stokvel began as a physical book club. A stokvel is an “informal saving pool” or “credit scheme” created by Black South African women to counter their exclusion from the economy. I went to an all-girls high school, and I have a great deal of respect for the innovativeness of black women. It was the Methodist Church Women’s Association known as Ruwadzano/Manyano that collectively raised me and provided my single mother with friendship and community. That was and still is the mission of Sue’s Stokvel, to build a community for Black women and black creatives.

In September of 2019, after 3 months, I decided to shut down the physical book club, due to conflicting schedules and a general lack of interest. This is part of a larger conversation about performative allyship, everyone wants to be seen as willing to do the work, without actually doing the work. Regardless, during that short 3-month period, I began posting book reviews, and other related content on my Instagram page @suestokvel. I had a small but steady following for a year, until a couple of months ago when #amplifymelanatedvoices went viral. In what I believe is a mix of performative allyship and a sincere desire to learn, I received donations, follows, and likes. I had given up on ever starting a physical book club but the boost in support gave me the confidence to try again. I put together a 6-month reading list in partnership with ShelfLife Books.  Sue’s Stokvel: The Bookclub is such a small piece of the puzzle. I hope to one day build a publishing company that transforms the landscape of Black and African literature.

Nobel Peace Prize Winner and Kenyan Conservationist Wangari Maathai wrote in her book that African women are often seen as the bearers of culture and so while men are allowed the flexibility and the freedom to act outside of cultural norms and traditions, women are frozen in time. I agree with Wangari Maathai, we are forcefully frozen in time, but as Nigerian writer Chimamanda Ngozi Adichie alluded to in her TED talk “We should all be feminists,” culture is malleable and can be shaped by those that practice it. I want Sue’s Stokvel to enable black women to see themselves beyond their present reality. We are not simply seeking representation; we are seeking accurate and compassionate representation. We have always been complex beings, and in reading and writing, I hope that like Octavia Butler, I will create a space for black women and all that they encompass where they previously believed they had none.

I want to extend a big thank you to Sue-Shane for writing this insightful piece for my blog. I’ve gotten to know so many (new to me) authors through her book wisdom! Please connect with her on her Instagram page @suestokvel or her website to learn more about her work and her book club.