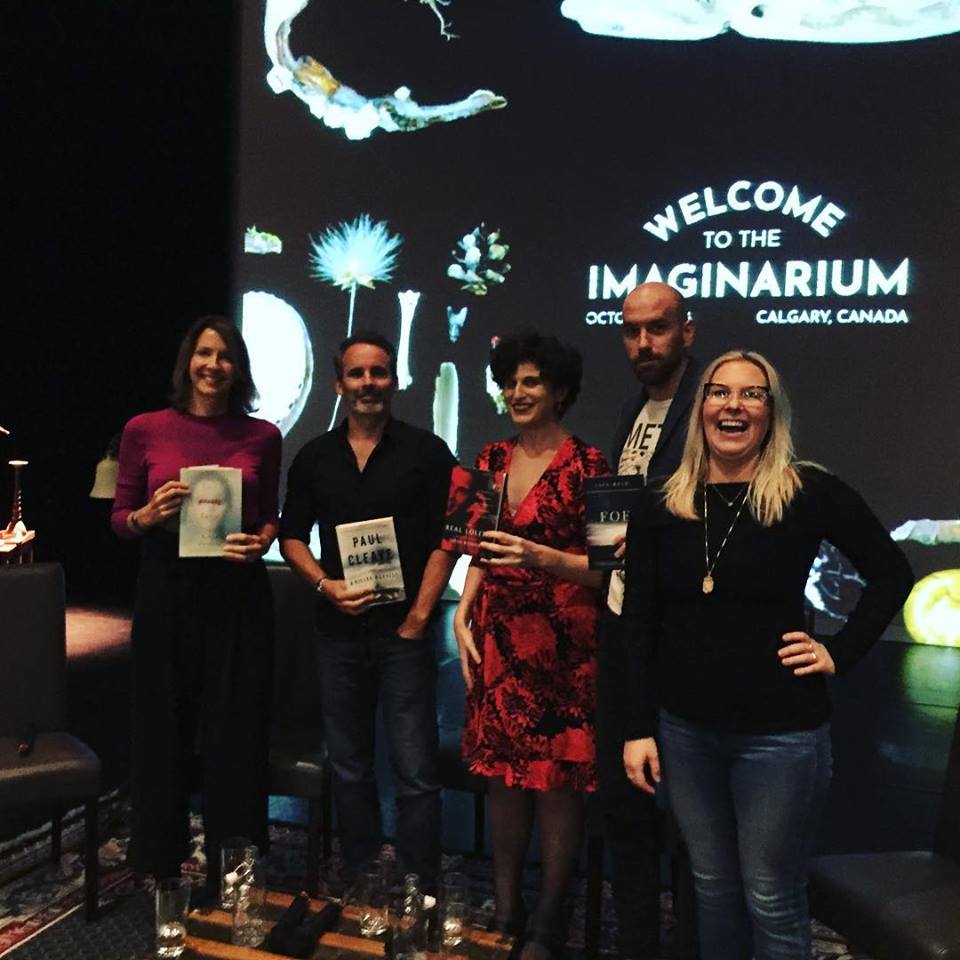 Wordfest ended just a few days ago, and I’m still buzzing from all the bookish excitement! For those who don’t visit my blog regularly, Wordfest is my local literary organization that I once worked for, and now that I’m a full-time Mom, I run a book club with them called We’ve Read This. On top of my monthly book club duties, I host some of their author events, panel discussions, interviews, etc. and when their annual festival rolls around, I host AND attend events to get my fill of literary fun. This year, I hosted three events with diverse lineups of authors. 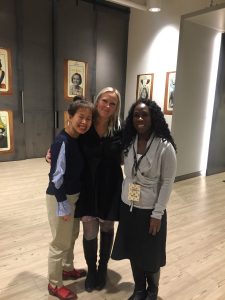 Posing with my new buds Kim Thuy and Esi Edugyan

To kick-off the festival I interviewed five authors on a ‘can-lit’ panel. Aside from asking a somewhat controversial question at the beginning (“what do you consider the definition of can-lit?”) things went rather smoothly with lots of laughs from both panelists and audience members. I was most nervous about this event because it was a) my first event of the festival and b) with Esi Edugyan, the can-lit darling of the Fall. There was no need to worry of course, because I over-prepared as usual, and everyone was completely easygoing and helpful, the authors barely needed me onstage at all, which is how I like it. Elizabeth Hay was probably my favourite interviewee because I loved her memoir All Things Consoled, and I still have fond memories of meeting her in a signing lineup at Queen’s University where I was absolutely terrified to speak to her; she was signing her newly-minted Giller winner Late Nights on Air. Wayne Grady, Keith Maillard and Kim Thuy were also on the panel, and they were all so generous, intelligent and well-spoken, I had a wonderful evening speaking with them onstage and off.

Next on my hosting schedule was a panel discussion with four mystery/suspense/true-crime writers: Iain Reid, Sarah Weinman, Paul Cleave and Robyn Harding. I’ll be posting some reviews of their books shortly, but I really did enjoy all of them. For days after that interview, people approached me to say how much they enjoyed that event, because we really did have lots of laughs together despite the dark subject matter. 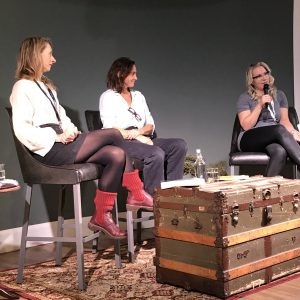 The next day I hosted my last event, my annual Bookclub Bonanza which brings together a few writers my book club studied over the past year. This time we had Elisabeth de Mariaffi and Sarah Winman. Rachel Kushner was scheduled to also participate but she ended up pushing her Calgary dates to a week later (boo!). The three of us had a good time though, and again, I made sure we all got the chance to laugh. Both Elisabeth and Sarah were extremely honest about their writing process, which I know the audience really enjoyed hearing about. I chewed on licorice while the two authors gabbed about the intricacies of writing their books, so it was an easy and enjoyable job to host that one. 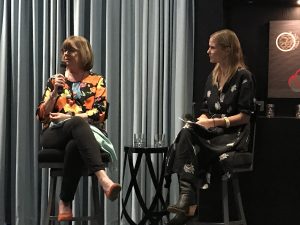 In between the events I hosted, I also attended quite a few as an audience member. On Sunday morning I attended a delicious brunch at Raw Bar in Hotel Arts featuring an interview with the one and only Shelagh Rogers (who is basically my idol). Heidi Sopinka hosted that event, who is a wonderful author in her own right, and she’s also part-owner of Horses Atelier, which is a lovely clothing company that I purchased a GORGEOUS dress and coat from just days before. Wordfest, always on the cutting edge of festival programming, hosted a ‘pop-up’ fashion shop featuring their works, and really I had no choice but to purchase these clothes because I believe it is so important to support authors 🙂 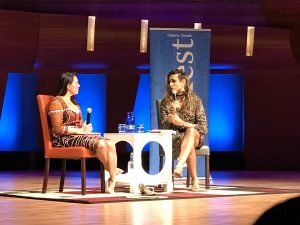 To finish off my wonderful week of books, I attended one of the most amazing performances I’ve ever seen. Tanya Tagaq read from her debut book Split Tooth, mixing in her stunning throat singing in between her written pieces. I’ll review that book on this blog soon, but her performance made me tear up. I fled the building right after her event and had a good cry in the parking lot as I sat in my car because I was so affected by her singing. It’s hard to describe, but her performance was just so vulnerable, I’ve never seen someone open themselves up quite so much to an audience, it’s something I’ll truly never forget.

Whew, I’m exhausted just thinking about the week I had…lots of memorable events are now under my belt, and I feel refreshed and eager for what’s next in my bookish adventures!