Book Review: Over My Dead Body by Jeffrey Archer 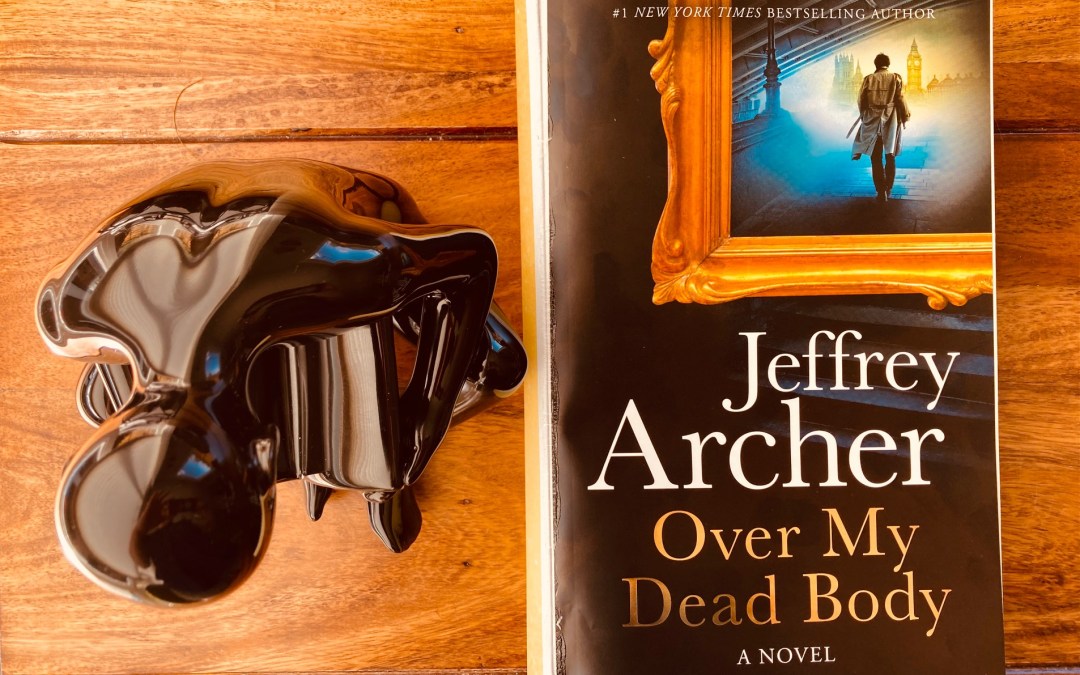 Without fail, almost every man that has stood in front of my bookshelf in the past few months has commented on this Jeffrey Archer book. Over My Dead Body is the latest in the William Warwick series, and because Archer is a bestselling international sensation, I figured I better give it a read and see what all the (male) fuss was about. I happily raced through this novel; it’s easy to see why Archer has sold so many books, and I’m glad I finally started reading it. Thinking about this book and what makes it appeal to the male reader also prompted me to realize there are a few hallmarks of this genre that I’m starting to recognize, so indulge me in a little analysis while I also sing its praises below.

William Warwick is a police officer in the UK, and a well-regarded one at that. We quickly learn that Warwick has a major case that’s followed him his entire life; Miles Faulkner, a mastermind criminal who went so far as to stage his own death to get Warwick off his tail. Faulkner is a very wealthy art collector obsessed with having the best paintings in the world, and now that he’s gotten plastic surgery on his face to escape Warwick’s suspicions, he’s gotten brave and emerged from hiding to get some chores done. One of these chores includes marrying his wife a second time to ensure she doesn’t inherit his most precious art pieces. It’s this fleeting emergence that reveals to Warwick that Faulkner is indeed alive and well, thus beginning another chase across borders, involving sneaky disguises and overpaid lawyers, all the while maintaining Warwick’s honour and good reputation. A few backstories also shore up the main case as Warwick’s fellow officers all work on on nabbing their own criminals; a drug-selling club owner, an older fiance intent on killing his next wealthy bride-to-be, and a few local gangs that are making life difficult for everyone around them.

The multiple criminals along with their multiple crimes and motives kept the pages turning, even when I didn’t completely understand who was who. There were many characters introduced in a short time, and because this was my first Warwick mystery, I started off a bit slower than regular Archer fans. Still, I grasped enough in time to realize who was a baddie, which people we could trust, and which characters were ‘good’ but had lost their way. Which brings me to one of my realizations about this genre; women are portrayed in a very specific way. Unlike their male counterparts, they can never be living in a gray area; women in these male-dominated plots are either good or bad, nothing in-between. This isn’t necessarily a problem, but it’s definitely an idea that crystallized in my mind as I sat and wondered why this book was so perfect for my upcoming Father’s Day segment. Why is this book a ‘man’s book’ rather than a ‘woman’s’? The depiction of each gender and their vast differences was the first point that came to mind.

A second reason this book is perfect for the man in your life (but also the woman!) is that Archer doesn’t get bogged down by those minute details that colour literary fiction, or fill those quirky short story collections favoured by book juries. There is rarely talk of food, weather, hobbies, or relationships. Instead, people are ruled by their careers and the day-to-day occurrences in the cases they are working on. Is this one person married? Who cares – they’re about to catch a criminal! Again, I’m not complaining about this, just pointing out the differences between genres. One aspect to Warwick that I did appreciate was his dedication to reading stories to his children at bedtime (when he happened to be around at that time). He seems like a good father and husband, which compared to some of the other detectives I’ve met, means he’s one of the most well-rounded police officers in contemporary fiction today.

The last, most obvious reason this book was written by a man for a man? Lots of people die, even a few innocents! Perhaps these body counts are meant to build up tension or keep the action feeling important, but when the innocent beautiful woman dies (and of course she does!), this drives her male protector to take revenge, which drives the plot forward and excuses all the uncalled for violence in return. Beginning to sound familiar? I thought it might, but don’t let that scare you off this one – Archer is a bestselling author for good reason.