A woman who is so obsessed with Michael Jackson she roasts her chicken on the ‘clean’ setting of her oven because she’s distracted by listening to his music, a man who wears a t-shirt that says “Thank you for Having Me” at a wedding, a married couple who met at a peace movement but have grown to hate each other so much they both believe in nuclear weapons by the time they divorce: this is just a tiny selection of the quirky characters you will be introduced to in Lorrie Moore’s story collection Bark.

Moore is an American writer, and a quick google search of her will reveal uncontested praise of her books. The word ‘brilliant’ gets tossed around a lot when describing her stories. Her cover photo looks like a writer would and should: shy and unassuming, but painfully intelligent, someone who is obviously adept at observing people, and turning these observations into witty situations and dialogue. 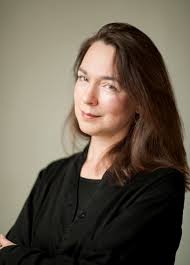 The copy of Bark that I received is a trade paperback, and across the front of the cover are the words “National Bestseller” in capitals. Typically these words don’t mean much in publishing, essentially anyone can call themselves a bestselling author because there is no definition for bestseller. Someone’s book can appear once a local book store’s bestseller list, and suddenly that author has decided to call themselves a bestseller. Sad, but true. However, in this case, I’m pretty sure we can assume Bark has sold lots of copies. The first few pages of the book are filled with complimentary quotes about the book, and it’s published by the behemoth Random House, which is a feat in itself, because most short story collections are hard to sell, therefore not picked up by major publishers.

I repeat myself over and over again when I discuss a particular genre of book, but I do want to stress that one of the highlights of a short story collection, especially Bark, is when the stories and characters are all very different. For instance: “Subject to Search” is about a man who works in international intelligence, meeting his new girlfriend in the city of France for a quick romantic rendez-vous; “The Juniper Tree” is about a group of woman saying goodbye to their recently deceased friend through their artistic talents; and “Foes” is about a middle-aged couple struggling to make their way through a stuffy fundraiser in Washington D.C., coming across a prickly lobbyist who seems to have an opinion on everything. How is that for variety?

There are many laugh out loud moments to this book, mainly found in the internal dialogue of Moore’s characters, who I can unashamedly announce are ‘brilliant’ in their own right. My favourite was Ira, the middle-aged man attempting to get back into the dating pool after his divorce, finding himself in love with a woman named Zora, who has a creepily close relationship to her son who of course hates Ira with a passion. That short description doesn’t do the story any justice, and yet I’m sure you can see how hilarity would easily ensue in this situation. So there you have it, Bark is a work of genius, and I highly recommend it.