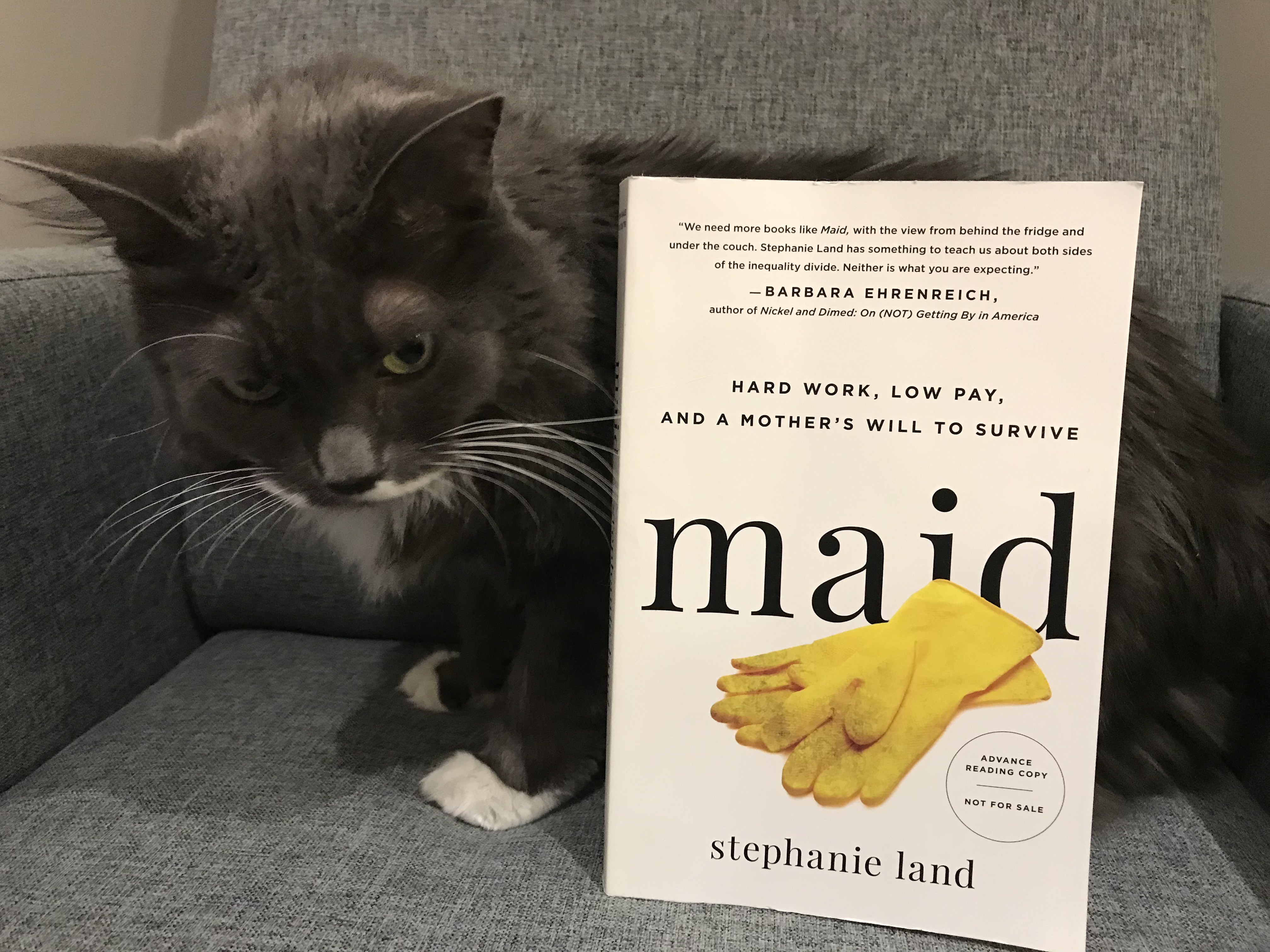 I frequently refer to memoirs as their own subsection of the ‘self-help’ genre, because I believe that learning about someone else’s life circumstances is a wonderful way of gaining a new perspective on your own. This theory is once again being proven with Maid: Hard Work, Low Pay and a Mother’s Will to Survive by Stephanie Land.

As soon as I saw this book in the publisher’s catalogue I jumped at the chance to read it. Land is a young white woman with a high school education, but she gets pregnant with a man she’s just started seeing, and with only a few months of waitressing under her belt and an extended family who also live in poverty, she’s got no safety net to catch her when she decides to keep her baby. Shortly after her daughter Mia is born, Stephanie flees the trailer of her boyfriend who has begun to demonstrate violent tendencies, and the book begins with the following gut-punch of a line:

“My daughter learned to walk in a homeless shelter” (p. 3 of ARC) 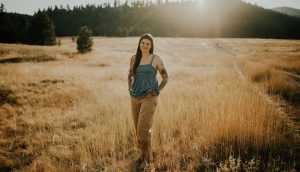 From there, Land begins to make a bit of money cleaning houses, and takes on as many clients as possible while trying to balance affordable childcare with working, a struggle for any parent, but obviously much more difficult for someone in her position. What we learn in reading her story is the ways in which the American welfare system keeps people below the poverty line. Everytime she would begin to make a bit more money, she’d lose certain financial grants because her income wasn’t low enough to qualify for them, so in many cases, having a higher income from working meant she actually lost money, leaving her and her daughter in a terribly difficult position.

Land also fights against many stereotypes that the population typically assign to other people on social assistance. For instance, when in line at the grocery store, people would loudly proclaim “you’re welcome!” at her when using food stamps to pay for her food. This was typically after they would criticize what she had in her basket to begin with or call her lazy right to her face. In reality, Land was working extremely hard, in a physical job scrubbing people’s floors and toilets, without the benefits of massage or physio to help with the toll it was taking on her body. Far from lazy, Land would then stay up late studying to get through a degree she was working on, spending enormous amounts of time applying for financial assistance to get her tuition partially covered, all in an attempt to lift herself and Mia out of poverty. Reading about her day-to-day life made me feel ashamed of the complaining about my life, which compared to hers, is an absolute cake-walk! See? Self-help at work here.

Something that really made an impression on me however, was Land’s ability to work her way through difficult and emotional situations-she came across as an emotional genius in some ways. When things were going really badly and she was on the verge of a panic attack, she would recite the words “I love you, I’m here for you” to herself, because she had no one else to say those things to her PLUS she knew that self-love was all she had to offer herself at the time. She couldn’t pick herself up with a latte or new tube of lipstick so these positive mantras kept her going, and I was so impressed with this. The resilience on display here is absolutely inspiring, and I’m happy to say there is a positive ending for Land and her young daughter, so that should be enough encouragement for y’all to pick up this book as well.