Book Review: The Birds That Stay by Ann Lambert 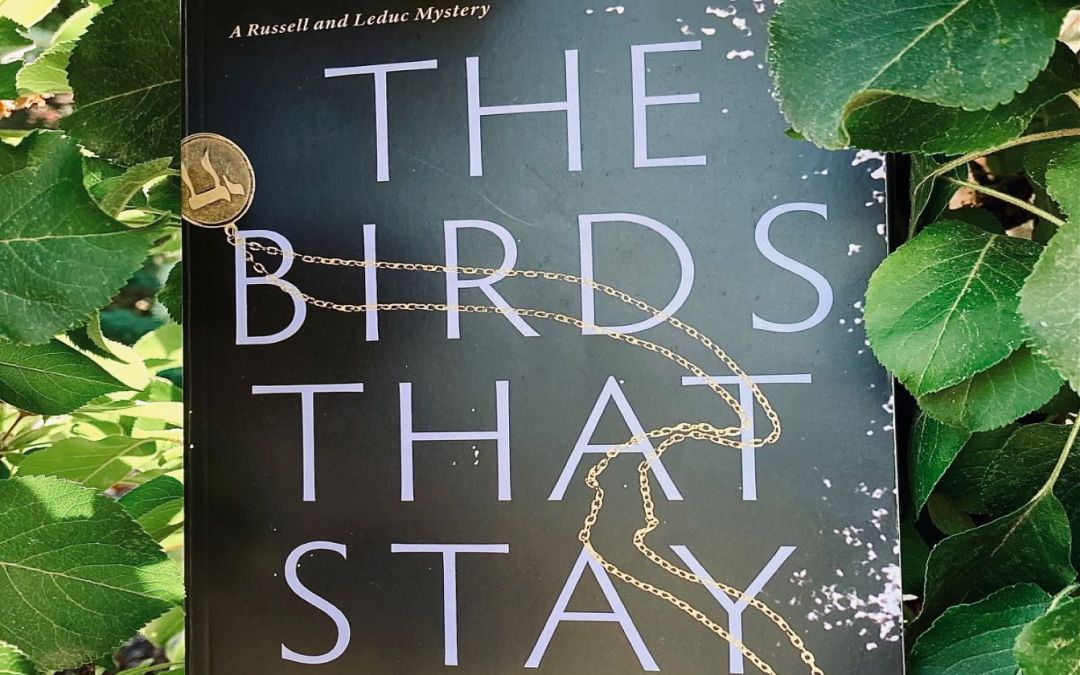 I’m finding it harder and harder these days to find a simple mystery among the new books released each month. So many big publishers seem to be churning out a never-ending barrage of thrillers, yet the good ol’ fashioned mystery seems to be falling out of style. This is where small presses like Second Story come in; much like another Canadian mystery series I discovered a few months ago, the Russell and Leduc Mystery Series by Ann Lambert is filling a void that is becoming more and more obvious by the year. The Birds That Stay is the first in the series and it serves as a great introduction to these two unique protagonists and crime-solvers.

A woman in her 80s is found dead, strangled beside her secluded home in rural Quebec. Having kept mostly to herself people are shocked by Anna Newman’s murder, with no likely suspects other than the local Hells Angels gang members. Inspector Roméo Leduc takes on the case, hoping it will distract him from his difficult personal life, or more accurately, the lack of one. Down the road from the elderly victim lives Marie Russell, struggling with her own challenges as she transitions her mother, suffering from dementia, into a seniors home. Russell is a marine biologist working on a children’s book, single, and happy to live her life in a secluded cabin in the Laurentians. But when her mother recognizes Anna Newman’s picture, and identifies her as an old neighbor from decades ago, Russell can’t help but investigate the matter, curious as to why her mother has mistaken this woman’s identity in a rare moment of lucidity. Meeting for the first time, Russell brings her concerns to Leduc, and although both are socially awkward and happy to keep it that way, they immediately feel a spark between them.

The majority of the book sees Russel and Leduc working separately – they are only passing acquaintances until the very end, when it’s hinted at that something may develop between them. But because each brings their own set of clues to solve the murder, I spent the majority of the book with absolutely no idea of who Newman’s killer was. When the body is first discovered, there is a dirty necklace found nearby with a Jewish symbol on it, which allows the author to cast doubt on the reason for the murder, as the local biker gangs are known anti-Semites, but Newman’s birth certificate records her as Roman Catholic. There is another case of mistaken identity further on in the book, so readers are offered numerous tangents to focus on, distracting us from the likely killer that is eventually revealed (although not in a very obvious way either, everything remains murky in this novel).

Because this is the first in the series, Lambert spends time building the characters of Russell and Leduc and exploring their pasts. Russell is much more in focus, as her childhood memories end up playing a role in determining the culprit, but I’m sure Leduc is also given his chance to open up in future installments; I have the third in the series on my shelf, which I intend to get to eventually. A recurring theme in Russell’s life and memories is the exploitation of young women, and the unfortunate frequency that these assaults come up in women’s lives, no matter their background or upbringing. The crime at the heart of the book is not sexual in nature, yet every other female character is subjected to a range of sexual assaults, nothing deadly, but serious enough to still be etched in their mind decades later.

Aside from the crimes against women, the various felonies and violations described in this book are never gratuitous, but dark enough to suggest that this series is one that will continue to explore topics that make people uncomfortable. Even Canada’s notorious Highway of Tears is mentioned in relation to another case of a missing woman, where Leduc acknowledges the fact that this deadly stretch of highway in British Columbia where so many First Nations women have been murdered is a “disgrace of this entire country”.

On a side note, as I write this, one of my favourite authors Indigenous woman Dawn Dumont has gone missing. along with her 7-year-old son. Neither of them have been seen for a week, and so far the only clue has been her truck along with her purse were found in a secluded rural parking lot. Dawn herself is a tireless advocate for Missing and Murdered Indigenous Women and Girls, which makes this disappearance even more horrifying. You’ll recall a few of my reviews of her books, the latest being one of my favourite books I’ve read this year, she’s best known for her humorous writing, and everyone is very concerned for her and her son’s wellbeing. It feels strange reviewing a fictional book about murder while this tragedy plays out in real life in the background, but this is one reason why we read – to escape reality.