Book Review: Next Year For Sure by Zoey Leigh Peterson 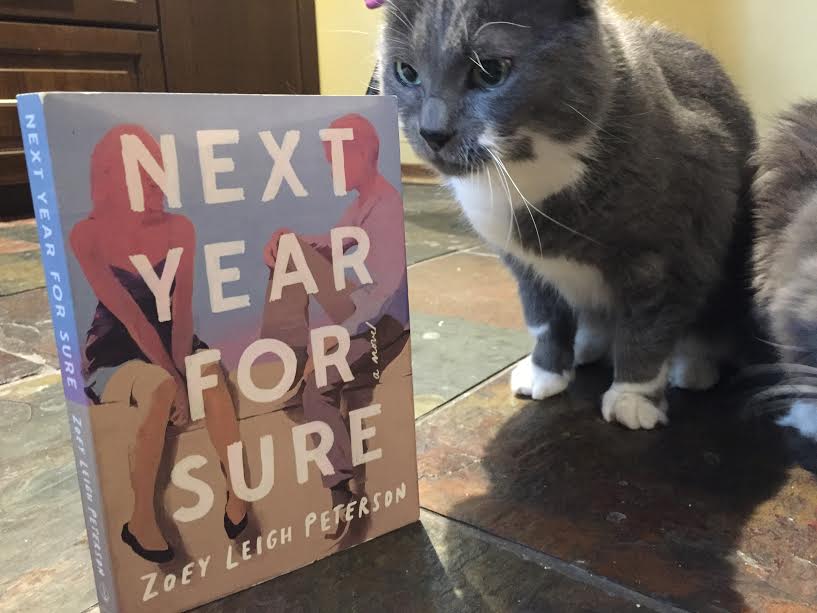 So the basic storyline behind Next Year For Sure by Zoey Leigh Peterson should pique the interest of most people; it’s about a young couple who open up their relationship to other people, effectively creating a polyamorous arrangement.  I know right???? Very saucy. But don’t get too excited, you won’t find this novel in the romance section of any store, it’s a thoroughly literary read. There are lots of emotionally charged discussions and pretty much no sex, so I just wanted to state that off the bat. It’s a lovely read though, I think it would appeal to 20-40 year olds because it deals with so many issues that people face after being in a comfortable relationship for a significant amount of time (but not too long, ya know?). Let’s dive a little further in and you’ll see what I mean.

We follow Kathryn and Chris as they acknowledge a new woman has entered their life: Emily. But K&C are very happy together, they have an extremely close (I would argue, weirdly close) relationship where they’ve developed their own language and are wholly dependent on each other. When Chris admits to Kathryn that he has a bit of a ‘crush’ on Emily, this girl he meets at the laundromat, Kathryn encourages him to pursue her, even to go on a date, simply because Kathryn loves Chris so much, she just wants him to be happy. This all sounds well and good, but what made me suspicious of Chris, and ultimately dislike him, was the fact that we are introduced to his relationship history, which basically consists of him falling in love with other women while already in a committed relationship. This is his thing, he leaves women for other women, it seems as though he can’t help himself. Why would Katherine encourage this burgeoning thing with Emily, if it’s just another case of him falling in love yet again? Why is she even with him? Ugh.

Aside from the fact that Chris is a waste of a man, I really did enjoy getting to know these characters. Kathryn is incredibly strong, and she finds herself in the unfortunate position of being judged by her best friend Sharon due to this new ‘open’ relationship that they’re trying, which ultimately leads to the demise of their friendship. I think the critical reactions of people from the outside is a key factor in discussing this topic, so I’m glad Peterson addresses this realistically. Many people probably participate in polyamory, but they are afraid to tell friends and family so they keep it hidden simply because it’s easier. I hope books like this are going to become more and more common as we open our minds to other forms of love in the world. Seriously people, why can’t we all just get along and mind our own business?

Anyway, the writing is very good, although this is a debut novel it’s obvious Peterson is an experienced writer. The dialogue is sparse and there are no quotation marks, so sometimes it’s difficult to tell whether someone is thinking something or saying out loud-i’m going to assume this was done on purpose. But it’s also really funny, the characters aren’t hilarious people or anything, but they’re clever. I particularly loved this little exchange:

“Chris wonders how long this has been true. How long they’ve been trapped in this sadness together. You’re not sad, his mother says. It’s called being an adult. “(p. 163).

Although I don’t agree with this statement (I love being an adult, I have my own car and get to eat chocolate whenever I want, what’s not to like?) but I loved this line, and I plan on storing it in my pocket and whipping it out at a future dinner party. Speaking of dinner parties, this book is a great conversation starter, so I highly recommend it.