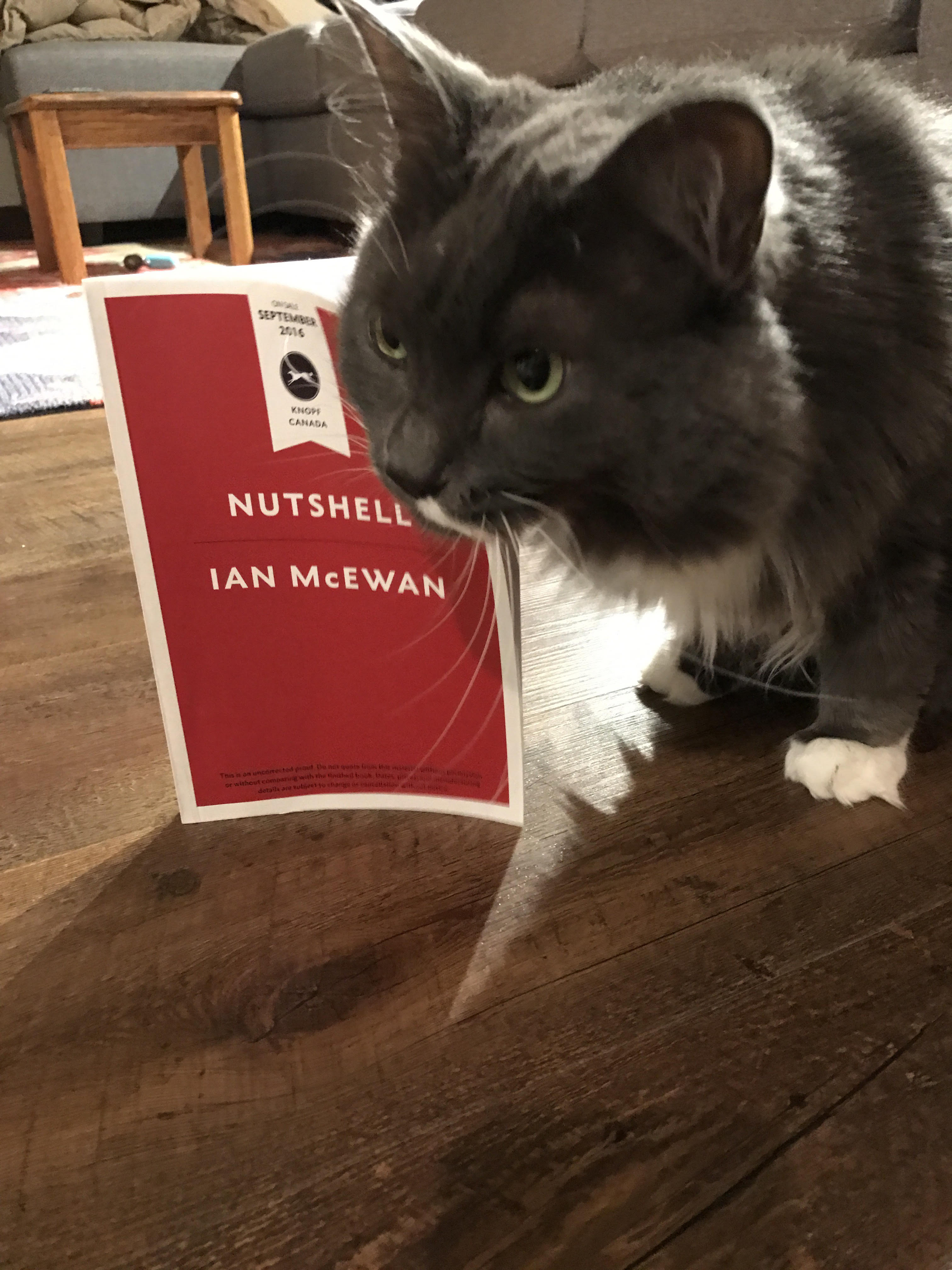 Family Guy is a favourite television show of many different people. I was introduced to it awhile back, and apparently it’s still running, in its 15th season no less. What does this have to do with my book review? Well if you’re at all familiar with the show, you’ll know about Stewie: the baby of the family who is extremely intelligent with a predilection for murderous plots, harbouring an overwhelming love/hate for his mother. Similarily, Nutshell by Ian McEwan is narrated by an 8 month old fetus, and this fetus is also extremely intelligent, and he is made privy to a murderous plot hatched by his mother and his mother’s lover to kill his father. The situation is further complicated by the fact that his mother’s lover is his father’s brother (his uncle, in other words).

Part of Stewie’s popularity is due to the fact he is smarter than the adults around him, and because he’s a toddler people underestimate him. The language he uses is hilarious, and he speaks in an english accent for some unexplained reason.  Like Stewie, this fetus has an inexplicably impressive vocabulary so I imagined the cartoon voice narrating the story, which only added to my enjoyment of the book.

Mystery lovers will find this story fascinating because it gives the reader a vastly different perspective, and not just because it’s being told from inside a womb. Instead of witnessing a crime and trying to solve it, we overhear the beginnings of a plan and follow the potential criminals through their plotting and desperation to get things over with. Like us, the fetus is torn between his alliances. Obviously he doesn’t want his mother to kill his father, but his overwhelming love and dependance on his mother motivates him to cheer for her, even though he hates her current lover and soon-to-be uncle. And readers sometimes cheer for the bad guys too, simply because it makes the story more exciting! And the mother is clearly one of the bad guys, simply because she gets drunk frequently, and speaks of giving up her child as soon as possible, simply to rid herself of the inconvenience. You can understand the fetus’s irritation with her throughout the book, although on the bright side he does develop a keen knowledge of different kinds of wine because of his mother’s drinking habits.

I don’t want to give anything away, but the fetus has more control over the outcome than one would think, and the mystery comes to a juicy close by the end of the short 197 page novel. McEwan is known for writing provocative novels, and this is no different. Fans of his will enjoy this book immensely, and newcomers will find a reason to pick up his older work as well.