Book Review: Time Will Say Nothing by Ramin Jahanbegloo

Conflicting emotions! This is exactly what Time Will Say Nothing brought out in me, although I will admit I wasn’t sure it would bring out any emotions, because it’s very philosophical. One fact about me: I actually hate philosophy; I took one course in it in first year university, and I found it extremely difficult to understand, and quite honestly, pointless. So, I agreed to review this book because it was a memoir first and foremost, which is a topic I find interesting. 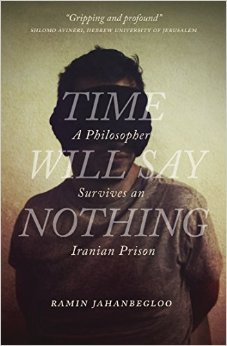 The book starts off with the author, Ramin Jahanbegloo being escorted to prison from the airport, when he is about to catch a flight. He is there for three months, and while held captive, he philosophizes, not surprisingly. This part I did find boring, although he includes snippets of his life and real-time experiences in the jail in between his pondering, which kept me reading. He uses his thoughts and memories to escape the hell he finds himself in, so it’s actually a very clever way of taking the reader away with him-we forget where he is for the moment, instead learning about his childhood and other philosophies he subscribes to. Before I go any further, I want to commend the University of Regina Press for publishing this book, because I suspect it may stir up a bit of controversy (of course, I’m not familiar with academic presses, perhaps this is par for the course for them?).

So when do the conflicting emotions and controversy come in? Towards the end, surprisingly after he is released from jail and exiled to Canada. As he begins teaching here,  Jahanbegloo finds many faults in our education system and ‘culture’ (something I didn’t necessarily agree with, although I digress),  falling into a depression while living here. In Canada. After he was released from jail in Iran. I know it sounds crazy, but let me continue. 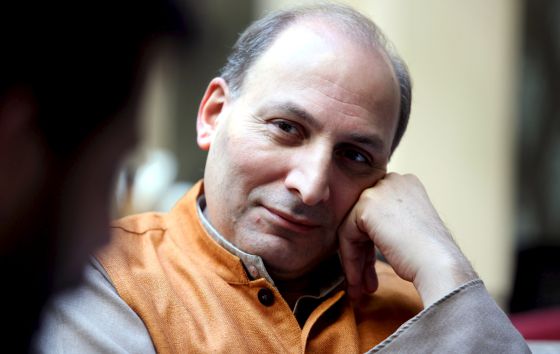 We frequently condemn countries that we consider backwards when they punish their artists for speaking out against their own government.  This is why the amazing organization PEN exists-to protect people’s right to publish what they want, and to support free speech. However, my first knee-jerk reaction to the last part of this book was my astonishment that Jahanbegloo was so critical of Canada, and how harshly he judged us and our post-secondary system. Especially because he was coming from Iran, a place that I, and I’m sure many others, find scary. How dare he criticize us? What gives him the right to point our our faults (real, or imagined) after we gave him refuge?

As these initial thoughts ran through my head, it dawned on me that I was reacting the way he most likely expected, and wanted me to.  If I’m not willing to listen to any complaints about Canada, does this mean I’m against free speech?  I’d like to think I’m a supporter of free speech, but when I read these opinions that I didn’t agree with, I realized I wasn’t as tolerant as I first thought. What an eye opener! So, this book taught me a lot about myself, which I believe was Jahanbegloo’s intention. I still think Canada is an amazing place, and I feel so lucky to have been born here, this book won’t change that. However, it has changed the way I look at and understand the term ‘free speech’. Tolerance isn’t something we are necessarily born with, it’s learned, but that doesn’t make it any less important.