Book Review: A Word For Love by Emily Robbins 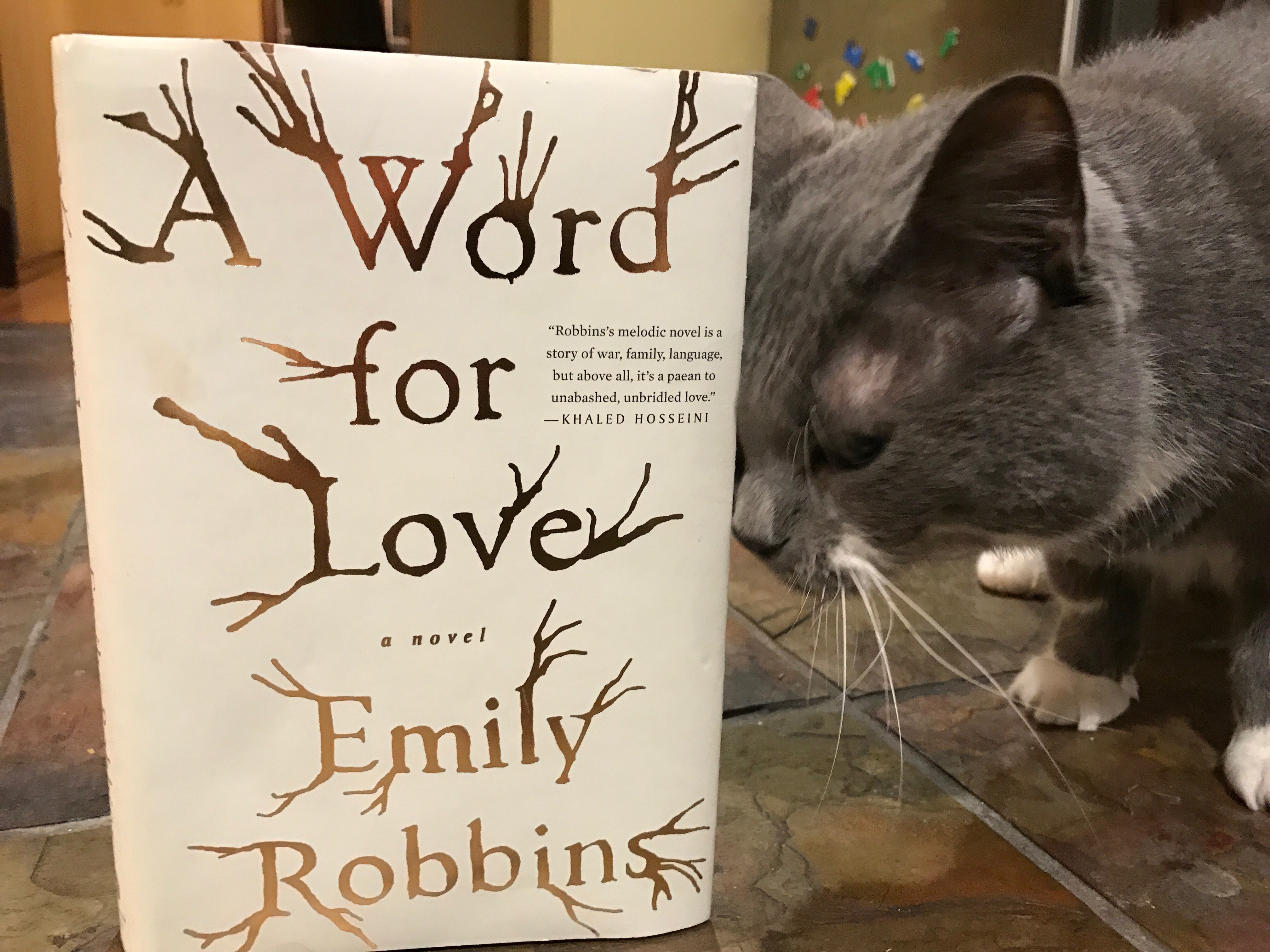 Happy Valentine’s Day! A book review of a love story is in order. Luckily, I just received a beautiful novel called A Word for Love by Emily Robbins in the mail, and I read it in a mere few days in anticipation of getting this review out ASAP. Believe me, this book is pretty inside and out (rose gold lettering-fabulous!).

Although the book’s setting  is never actually named, it’s understood that it takes place in Damascus (according to the marketing materials), right before the unrest began. A love story in Syria you say? What better time for a book like this to come out? What a treat that we can learn about the actual lives of people in Syria, rather than viewing horrific videos of their tragedies online and seeing them merely as a statistic.  Experiencing love is what makes us human, and I think we all need a little reminder of our shared humanity, no matter where you live. Yes, physical danger plays a role in this plot line, but it’s love that takes the spotlight: romantic AND familial love.

What’s more unique about this book is the fact that we learn about the lovers from an outside perspective. The narrator is a young American girl named Bea who travels to Syria to study Arabic. She lives with a family in their dusty apartment along with a hired housekeeper from Indonesia named Nisrine. She catches the eye of the policeman named Adel, who patrols the station on the other side of the street across from this family’s home. Unfortunately, Nisrine is rarely allowed to leave the apartment, so their romance blooms from stolen glances, shouts across the street and even a rare poem or two.

I won’t spoil anything for you, but it’s no surprise that things don’t turn out perfectly for them (this is explained within the first few pages of the book, so don’t blame me for dashing your hopes). And I should be clear that this isn’t a romance novel. There is barely any sex, in fact the two barely get to touch (maybe that was a spoiler of sorts?).

So because this story takes place before a war breaks out, there is political intrigue abound, and danger lurks at every corner. There are in fact, jokes about car bombs more than once (insert awkward laughter here). However, we don’t dwell in the impending violence of the area, instead the book is written almost as if the characters are all in a dream. We don’t get bogged down by details, in fact sometimes it’s difficult to discern what’s really going on in some spots, so we drift along in a hazy bubble, focused on Bea’s hopeless wish for love and her fascination with the language of love in general. That was probably my favourite part of this book: Bea’s focus on reading this one particular love poem in Arabic, and her education in the Arabic language and culture. For instance; they drink coffee late at night apparently…you learn something new every day!