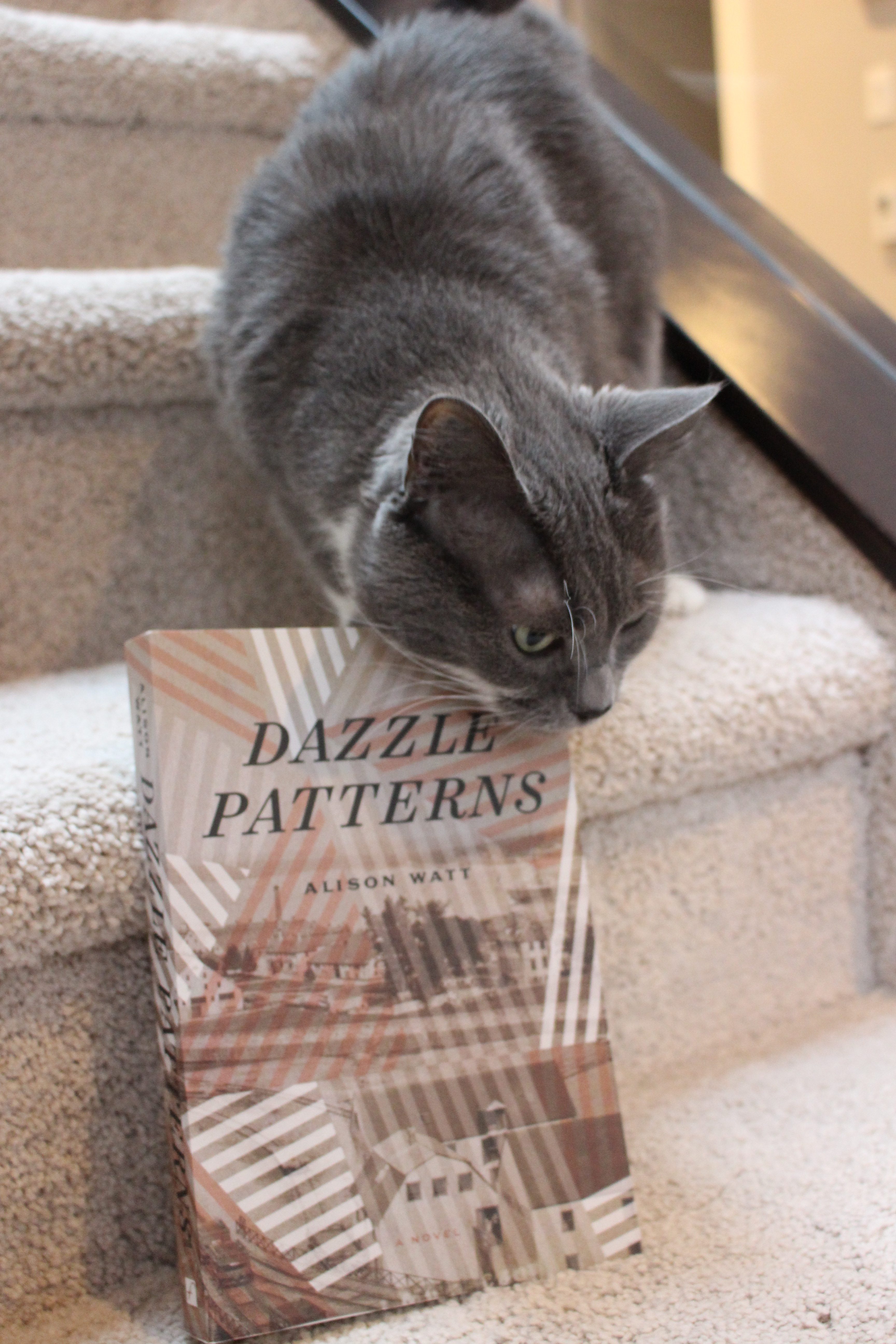 I won’t lie, the cover of this book threw me off so I didn’t even read its back blurb (yikes!) so THEN I had no idea the story of Dazzle Patterns by Alison Watt was set during the Halifax Explosion of 1917, which resulted in me relegating it to the back of my TBR shelf. A few weeks passed and I began seeing other blogger’s reviews on it, which were all extremely glowing, and I realized I’d made a huge mistake by passing this one by. So, I picked it up a few weeks ago, and really, really enjoyed it. For those looking to get lost in a book, this is definitely one you won’t want to miss.

Historical fiction can put people off, and I totally understand the reasons, but the fact that this happened during the 1917 explosion (which I knew barely anything about, aside from what I learned on a Canadian Heritage commercial) should assure readers that we’ve got a major conflict other than the great war to propel our characters forward. I promise you, this story does not drag.

We’re introduced to Clare, a young woman working at a glass factory when the explosion happens. Her plans to join the war effort overseas (and join her beau Leo) are halted when she loses an eye in the accident, finding herself adrift, along with many other Halifax residents. We also meet Fred, a young man who was born in Germany but emigrated to Canada with his family when young. An interesting (and unfortunate) aspect to his story is that once the ship explodes, there was a great deal of misinformation going around, so many people suspected it was the Germans who enacted this violent deed, rather than the accident it simply was. So, Fred immediately becomes the ‘other’ even though he’s lived in Canada for the majority of his life.

What I loved most about this book was learning the lesser-known aspects of this accident and how it changed and affected each Haligonian. For instance, because Clare cannot return to her job at the glass factory, she takes on an art course for women to help re-train her remaining eye, and keep her difficult memories at bay. Through this storyline, we meet some characters who were in fact real artists in their day, and a small piece of Canadian history is illuminated in an interesting and thoughtful way for the reader. Same for Fred; although we feel terrible for his plight, it shines a light on how Germans living in Canada at the time were treated. A bias that has absolutely no premise other than unfounded suspicion throws him at the mercy of others, and simply because of his birth place, he is ostracized from his community-beginning to sound familiar to anyone? I know I don’t have to spell this out for my very intelligent readers because I’m sure you can all see the similarities to today’s situation for many new Canadians.

I found the ending of the story to be heartbreaking, but realistic all at the same time. We grow to care deeply about each character, and ultimately I just wanted them all to be happy, despite the difficult circumstances they all faced. I like to think that in the end, they all did find happiness, albeit a different version that they had originally expected.