Book Review: Half Spent Was the Night by Ami McKay 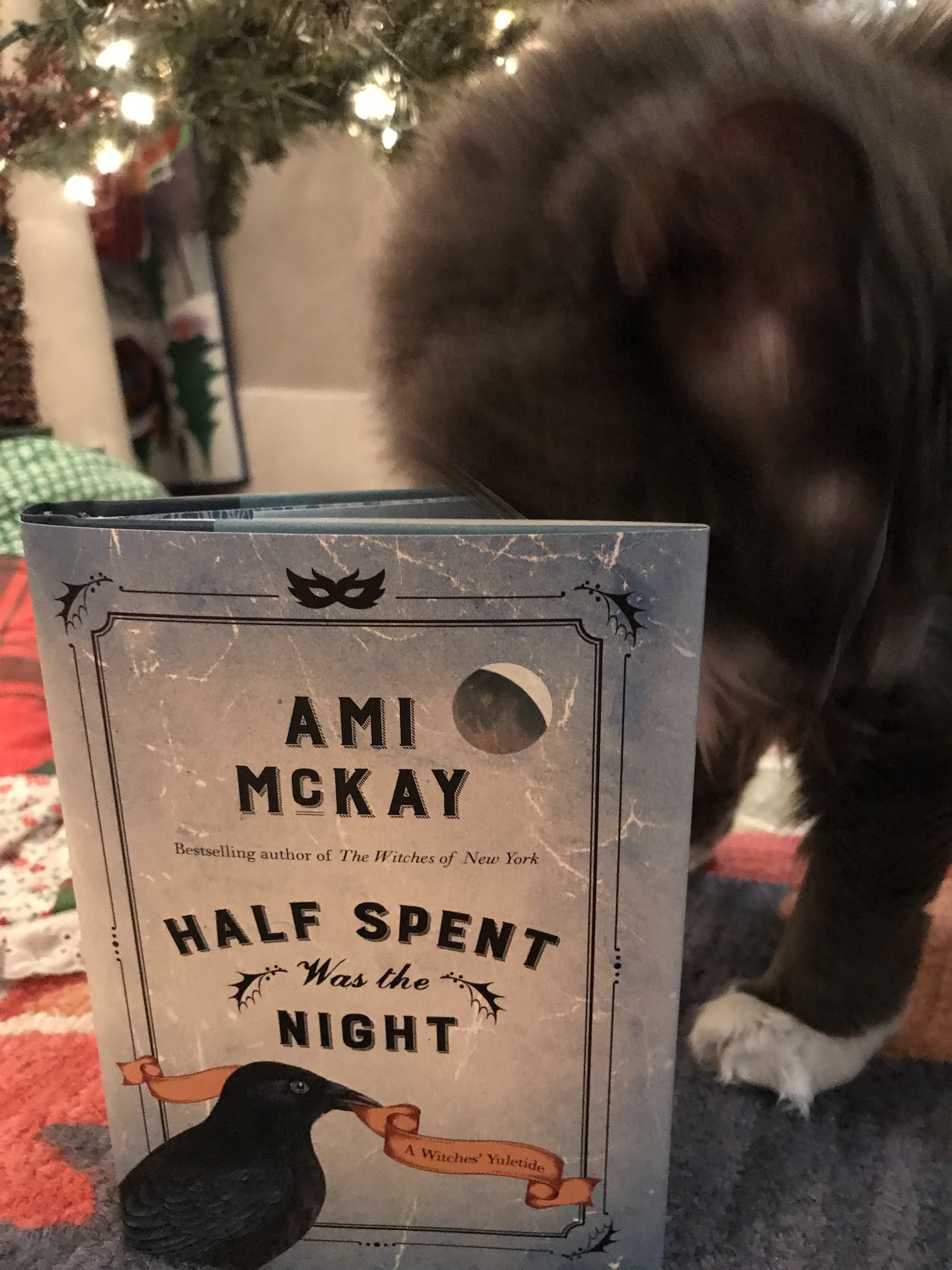 For those of you who have read Ami McKay’s first book in this series of sorts, The Witches of New York, you will have undoubtedly devoured her latest, Half Spent Was the Night, which is billed as its sequel. Despite it being so short it packs in quite a bit, furthering the stories of our favourite witches, Eleanor, Beatrice and Adelaide.

The subtitle of this book is “A Witches Yuletide” which led me to read this just a few days before Christmas in hopes it would get me into the spirit of the holidays, and it did indeed! It takes place in that odd time between Christmas and New Year’s, which always makes me feel a bit unsettled and adrift. It’s hard to get anything serious done because I’m expecting another big holiday shortly, so I never seem to accomplish much, other than waiting, eating and socializing. In a similar fashion, our three protagonists are sitting around the fire roasting chestnuts (literally) when three different messengers arrive bearing invitations to a huge New Years ball thrown by a woman unknown to the witches. Despite some strange circumstances surrounding the event, they all attend, and some crazy, magical, dangerous stuff goes down.

Despite this being a ‘holiday’ read, the book was actually quite dark, with people dying plus gruesome demons on display: all within 92 pages! The goodreads reviews on this are mostly positive, with a few people complaining the book was too short because they wanted more of these characters, and are looking for a ‘proper’ sequel soon, which McKay would be a fool not to write, because these books are popular! Some of the other complaints I saw about this story was that the plot felt a bit rushed, which I sort of agree with because quite a bit happens, although I believe this is merely a delaying tactic on the author’s part; she’s trying to build up anticipation for the next installment, and I think publishing a novella as a sort of teaser is quite brilliant.

I think the reason for this book and its predecessor’s success is that the three witches all have very distinct but likeable personalities, and we get a detailed, honest look at what these women were truly like back then. I find many female characters come across as stereotypes within historical fiction, but McKay certainly bucks that trend making us feel like we know these women personally even thought a century divides us. They are trailblazers by pushing the limits to what their gender can do at that time, so they’re inspiring as well as entertaining.

Before I finish off this review I wanted to give a quick nod to the design as well because this book is stunning. The dust jacket is a beautiful iridescent blue, and the inside pages are filled with gorgeous little illustrations. I wished I had posted my review of this back in December because it would have been the perfect Christmas gift recommendation! Alas, it is still highly recommended by me regardless of the reason for purchasing.