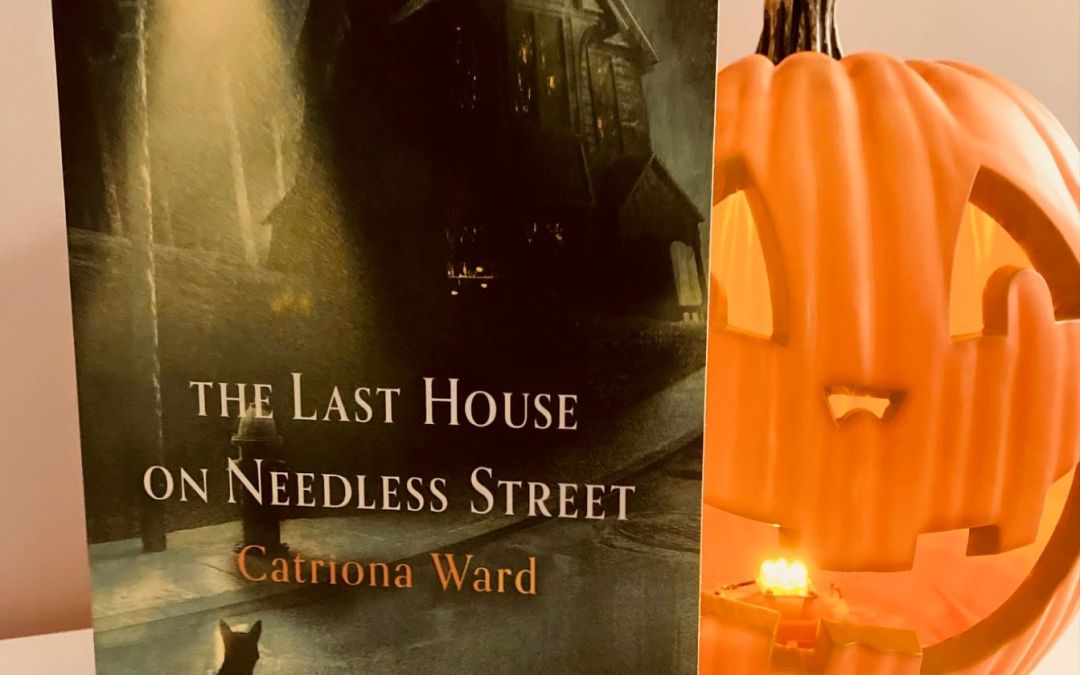 I got about halfway through The Last House on Needless Street by Catriona Ward and debated closing the book for good – I just wasn’t sure I could handle it anymore. The writing itself was not the problem, it was what the characters were doing to each other, or at least, what we are led to believe they are doing to each other. I pushed through because I suspected (based on the cover blurbs) that I was purposely being misled, and the twist of all twists eventually changed my mind, but I do feel as though this book should come with some sort of trigger warning because it delves quite deeply into child abuse and neglect. And yet, it was unputdownable despite this dark subject matter, so although it’s not the spooky haunted house I was expecting for my Halloween reading, I was terrified all the same.

Ted is a middle-aged, jobless man who lives by himself in the house he grew up in as a child. He has only his cat Olivia for company, and he rarely leaves the house. Ted and Olivia live mostly in the dark because he’s boarded up the windows with plywood. He drinks too much, and because Olivia is a god-fearing cat who loves Ted despite her disgust with his bad habits, she stays permanently indoors, only having a few glimpses of a neighborhood cat to look forward to each day. We occasionally get a few chapters told from the perspective of Dee, a woman whose younger sister Lulu disappeared when they were little, and Dee suspects Ted was the kidnapper so she moves in next to him in an attempt to revive the cold case. Time is not always linear in this story, so flashbacks of Dee and Ted’s childhood interrupt the suspenseful present-day plotline, while other times it’s unclear whether someone is recalling a memory or creating one. Ted is of course an unreliable narrator, as is the bible-reading Olivia, so it’s difficult to believe much of anything being described. As I delved deeper into the subconscious of these characters, I found myself horrified by what I found, which is what prompted me to consider abandoning it. I’m relieved I kept going because being pushed to the brink is clearly what the author intended with her plot development.

I know I’m not alone in judging a book by its cover, and based on this one, I thought a haunted house and black cat guaranteed a supernatural, Halloween-ish read. Clearly this was not the case while it slowly dawned on me that the evil in this book is purely human. Although this book is fiction, the terrible things it describes most certainly do go on in the world, are probably happening as I type this, and that level of awareness began to overwhelm me as I considered the extent of human suffering that others endure. Am I getting too big picture here? Does anyone else find themselves spiraling into these pits of despair when faced with a book that simply reminds us of how terrible some humans are? Once I acknowledged this discomfort and moved on, I found I could read my way through this book and enjoy the fact that it’s an incredibly brilliant story, twisted in such surprising ways that I was always eager to turn the page and find the answers that inevitably eluded me until the very end.

There are a few elements of the plot that build suspense; not knowing what happened ‘that day’ that Lulu disappeared, how much of Ted’s ramblings we can truly believe, Dee’s vigilante efforts, and the remarkably creepy yet vague memories of Ted’s life with his parents. The house itself, although not haunted like I first expected, also acts as another character, releasing shuddering movements at particular times that only the cat can recognize. There are so many questions raised throughout the novel that it borders on the confusing, yet thankfully not everything is tied up in a neat bow at the end either, and the tension between reality and make-believe lands firmly in the real side of things once the last page is turned. This plot is so intricate, I can’t help but be in awe of the planning it must have required, which is one of the reasons I’m so impressed by this book, even if it pushed me to my empathetic edge.

It’s definitely not for everyone because it may steer some readers into painful childhood memories that may be best left unexamined, but it’s an excellent example of the power of red herrings when directing attention to all the wrong places. Recommended for spooky season, but reader beware!