Book Review: Once Upon a River by Diane Setterfield 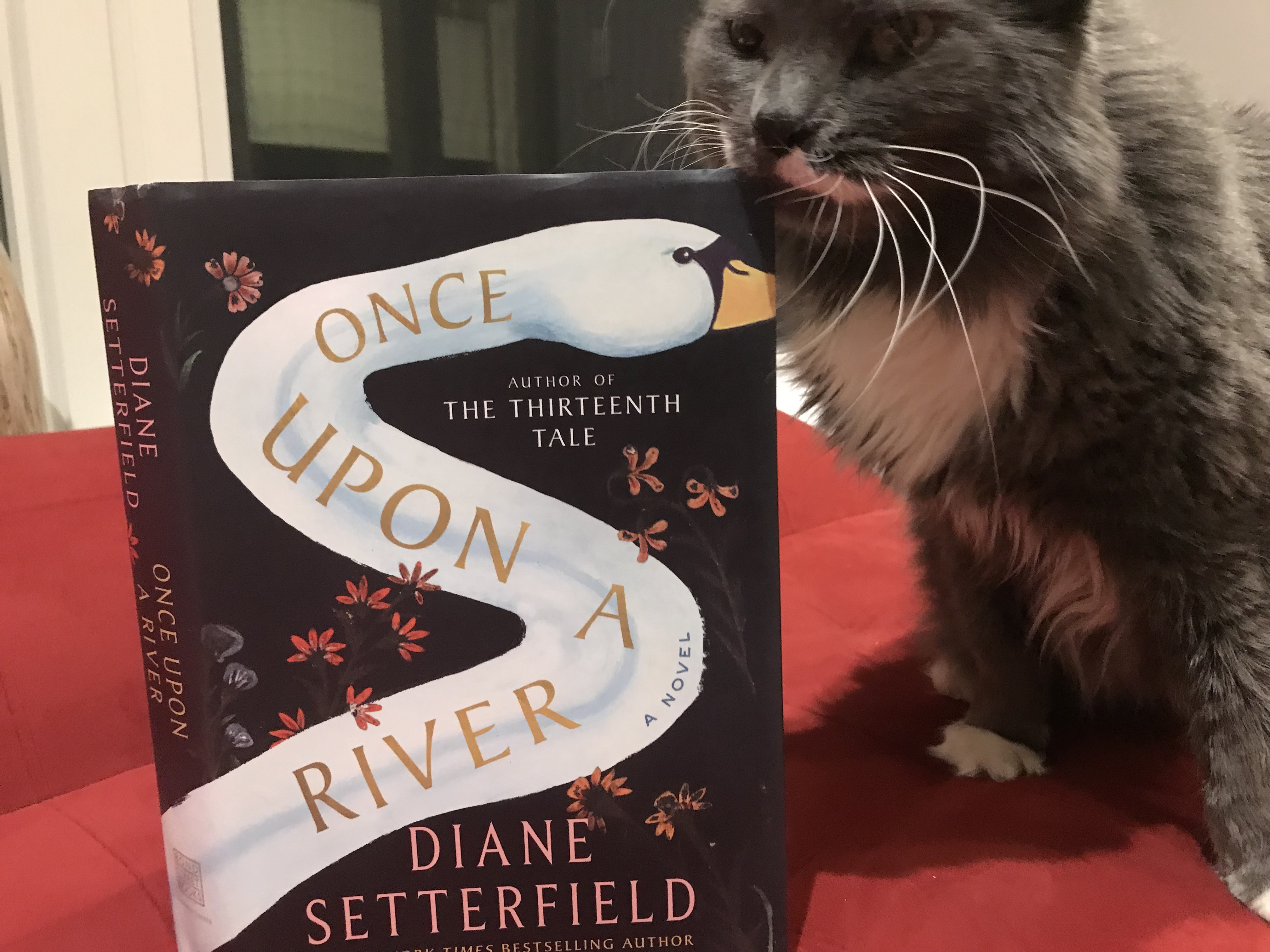 I didn’t realize this until half way through, but this is the second book I’ve read by Diane Setterfield. The first book I’ve read of hers is called Bellman & Black, which I read back in 2014 but didn’t write a review for (according to my 2014 list). Anyway, I don’t remember much about that book, other than it was a bit dark and historical fiction, and Once Upon a River is similar in both senses, it takes place a long time ago and includes some mythical elements. This book falls on the side of ‘dark’ as well because it doesn’t shy away from children’s death, abuse, illness and poverty. However, it is a beautiful story, and it highlights the importance of oral storytelling from the past.

We begin on a cold night during the winter solstice in December, sometime in the early 1900s (?) when a man stumbles into the local pub with a torn up face and dead-looking girl in his arms. The young girl is at first mistaken for a doll, but then ‘comes back to life’ surprising everyone, especially the local nurse/midwife who didn’t feel a pulse when first brought to the patient’s side. As the man carrying her regains his own health, he struggles to remember what happened that evening, thus beginning a legend that is oft-talked about and replayed over and over again at the pub. Storytelling is at the heart of this book-everyone loves listening to and telling a good story, especially back when there weren’t many forms of entertainment on the banks of the Thames river. Thus, the supernatural events of that evening serve as fodder for the drinkers to talk about for months on end after that. But stories aren’t just important for passing the time in this book-stories are also what get people through difficult times, because often it’s the stories they tell themselves to hide what’s truly happening.

What makes a great story is of course a mystery, and the great conundrum is who is the girl, and who does she belong to? She’s thought to be about 4 years old, and three different people are laying claim to her, convinced she is the young girl they had either lost years ago, or just a few weeks ago. Clearly someone is lying, but who?

There is a large cast of characters but each is drawn in such a way that is believable, and easy to keep straight in one’s mind (not an easy task to accomplish both, many authors struggle to do this). Our sympathies are torn between the numerous good characters in this novel, and in some cases, the good characters that turn out to be not-so-good. The reveal of who is a ‘baddie’ isn’t much of a surprise, but it’s satisfying enough, and necessary in a complicated plot such as this.

This is one of those books that you’re really engaged with while reading it, but as soon as it’s done, you struggle to remember why you liked it so much. At the time I enjoyed it, but when I think back to it, I must confess I found it a bit long. I don’t think all the subplots were necessary, but they were done well regardless. Moreover the ghost story that runs as a thread throughout is fascinating and gave the novel an atmospheric touch that still resonates with me, so perhaps I’m just rushing something that needn’t be rushed. With that in mind, I’ll recommend this book to readers who are looking to settle in with a long and in-depth novel, but if you’re wanting to jump in and out of a story, this definitely isn’t for you.