Book Review: We Are Not Like Them by Christine Pride and Jo Piazza 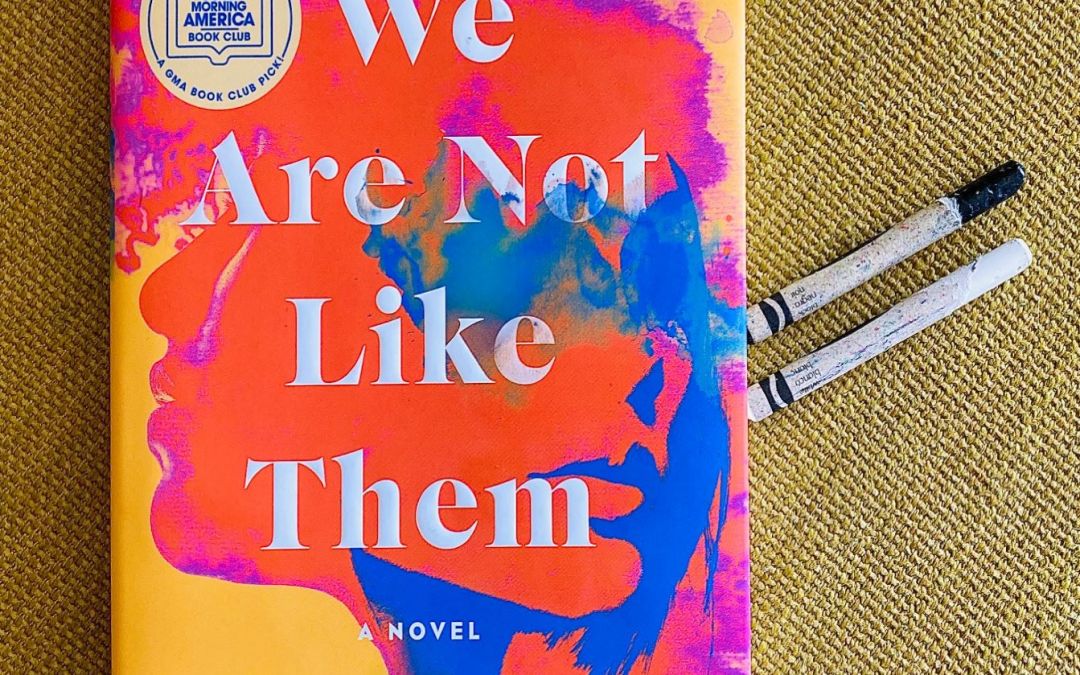 It’s not often you read a book written by two different authors, especially when the authors are black and white and writing about an act of racism in modern-day America. We Are Not Like Them by Christine Pride and Jo Piazza is a novel about an unarmed, 14-year-old black boy shot by two white police officers. It’s told from two alternating perspectives; the black female reporter covering the story, and the white wife of one of the shooters – and the two women are best friends. Reading this book was awkward, maddening, and incredibly insightful all at the same time. Here we get a glimpse of two friends arguing about race, each stating the arguments of the other side intelligently yet forcefully. Not surprisingly, there are no winners or losers in this one – just compromises layered on top of one another.

Jen and Riley have been best friends since they were young – almost inseparable, despite their vastly different lives. Jen (a white woman) was born to a mother that was interested in partying more than parenting, so when she became an adult herself, she dreamed of having her own kids and settling down in the way she wished her own mother had. Riley (a black woman) came from a family of hard workers, but she was the first to have the opportunity to get a college education. Determined to make a name for herself, she has a steady job at the local news station and dreams of becoming lead anchor. Although very different women, Jen and Riley have continued their strong bond into adulthood, there for one another through the ups and downs of setting up their lives. But when Jen’s husband Kevin shoots an unarmed, innocent black boy by mistake, the women’s friendship ruptures and the issue of race becomes unavoidable. Up until the, Jen and Riley never spoke much about their differences, but they are forced into opposite sides of this traumatic event, and unsure if they can find their way back together again, unsure if they even want to.

The premise of this novel inevitably sets the characters up for contention and strife – it’s a terrible situation for everyone, and because of that my sympathy was torn between the two. Jen is very pregnant and facing the possibility that her husband may end up in jail while the public bullies her family and makes threats against them. Riley witnesses the pain of her black community acutely, everyone fed up with the profiling they have become accustomed to, including her own brother whose future was snuffed out by some minor mistakes as a young black boy himself. She witnesses the pain of Justin’s mother, crying her eyes out at his funeral, her son only guilty of pulling out his phone from his jacket pocket to turn down his music to hear the officers screaming at him.

And this is the point of the book – to humanize each side, making it almost impossible to pick one over the other. It’s hard to argue with the death of an innocent child though, nothing could prepare a parent, or family for that result. There are only a few professions in this world where mistakes result in death however, and is it brave in of itself to take on those roles in the first place? To put oneself in danger each time they clock into work? In some ways the authors make it a bit easier for us – it’s clear that Jen’s husband is a ‘good cop’ who shot because his partner did, but it doesn’t change the fact that an innocent child is gone.

In addition to this push and pull of emotions is the dissection of a deep friendship between two women; the simmering resentments that were never voiced, the bonds that were forged in the schoolyard despite their different backgrounds and appearances, the reliance they have on each other during difficult and joyful times. The climax of this book is not the reveal of the officers’ fate/punishment, instead it is the heated conversation turned argument between Jen and Riley about their pain since the shooting, and all the racism that Riley has experienced, and continues to experience as a black woman in America. It’s a discussion that is overdue in their friendship, and although nothing is practically resolved, it feels like a sigh of relief to get it out in the open, and I can only assume this was the intention of the novel – a dialogue to show each side in hopes we can someday meet in the middle.