Comparison Book Review, A Tale of Two Wives: The Starter Wife vs. Autopsy of a Boring Wife 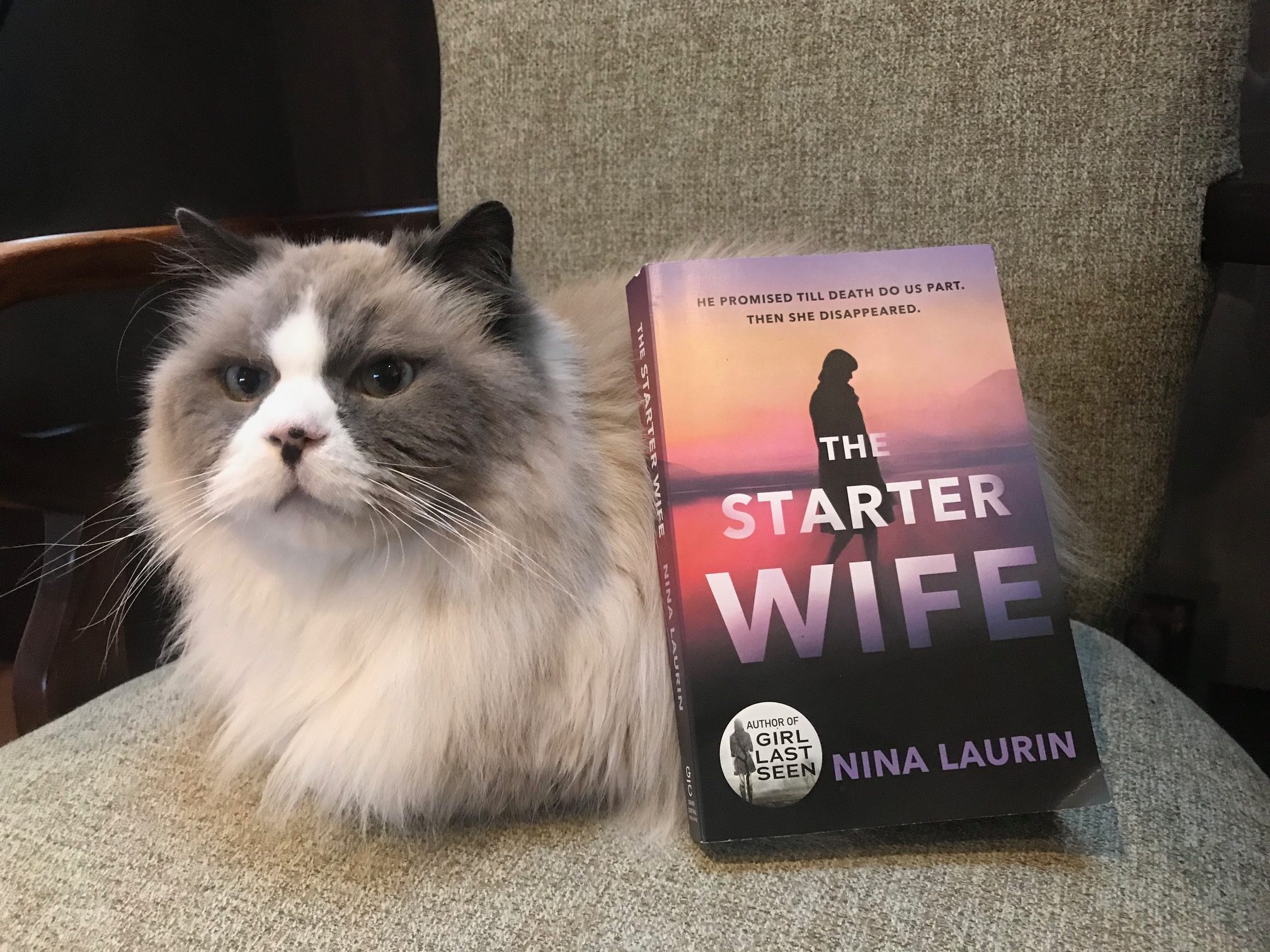 I try to avoid reviewing two or more novels in one post because I like to give each author their due, but these two books were begging to be compared against one another, and quite frankly, I’m reading so much these days that keeping up with my book reviews is getting challenging. I read The Starter Wife by Nina Laurin first, and then Autopsy of a Boring Wife by Marie-Renee Lavoie right after it. For those who follow me on twitter, you can already guess which book I preferred. The Starter Wife is a psychological thriller, and Autopsy is a work of humorous literary fiction. Is it unfair to be comparing two different books that lie in completely different categories? I would argue ‘no’, because like myself, many people read a variety of genres, so comparing my reading experience between both is a fair assessment of how others would rate them too.

The Starter Wife is told from the perspective of Claire, a young woman who has married the man of her dreams; an attractive, older professor who’s clearly happy to be seen with his 20-something wife. But his first wife Colleen disappeared under mysterious circumstances, and Claire has been getting strange, vaguely threatening emails from someone signing their name as Colleen. The only thing you really need to know about this book is that if you’ve read Girl on the Train, you don’t really need to read this one, because they’re painfully similar. Claire is an unreliable narrator-do you need to know anything further? That’s not a spoiler, it’s just an obvious fact that becomes clear to the reader within the first few chapters. Everyone has secrets, everyone is attractive or mysteriously wealthy, and there’s more than enough jealousy, sexual tension and infidelity to go around.

Autopsy of a Boring Wife is told from the perspective of Diane, an older woman who has just been dumped by her husband of 20+years who has taken up with a woman half his age. She channels her rage into various activities; using a sledgehammer liberally in their family home, refusing to cut her lawn, confronting people at work that she’s sick of, dumping a bucket of water down the back of her husband’s new girlfriend, etc. The book is translated from the French by Arielle Aaronson, and this has no negative effect on the writing; it’s sharp, witty, and endlessly entertaining regardless of the language it’s published in.

So we’ve got two very different books here; one unique in its storytelling, able to make the reader laugh when all the protagonist does is cry vs. an updated version of a story that’s a basic rehashing of a bestseller from years ago. And I’ll be perfectly honest in saying I knew I would feel this way about both novels before I even started them. The Starter Wife‘s premise is one that I’m overly familiar with, and I was hoping the author would take it in a different direction and surprise me. Alas, this was not the case. And yet…and yet. This book has made bestseller lists, summer round-up book lists, and TONS of readers were ecstatic about its release. I’m clearly being a grouch here, and despite me guessing the ending early on, I still read it! I still read it until the very end, and I read it very quickly because I wanted to know if my theory was correct, so while I can complain about how predictable this book is, people are buying and reading it. Nina Laurin knows exactly what she’s doing (she’s written a fantastic article about it here), and who am I to criticize her or the people that enjoy her books/books like hers?

Autopsy is the perfect, female-centric work for book snobs like me. It’s a translation, it’s quirky, it deals with political issues in a subtle way, yet it was just as much of a page-turner as The Starter Wife, even more so because I loved the voice of Diane. She’s the voice we all have in our heads, making petty comments at the people around us that we are simply sick of, even when we know it’s wrong. Her anger is what makes this book so visceral, mainly because she’s mad she’s lost her husband-she loved him and assumed he was happy, and him leaving has turned all she knew and thought about both herself and him on its head. This book also deals with the often-cited joke that men age better than women; our looks are slowly chiseled away at by time, while men develop a classic almost dapper appearance when their hair begins to turn gray. This book is the perfect embodiment of the feeling you have when you’re too upset to cry so you end up frantically laughing instead. Autopsy is the maniacal laugh that all divorced women have emitted at one point during their break ups, and even though I’m happily married, I can still relate to this feeling, as I’m sure most people, male or female can as well.