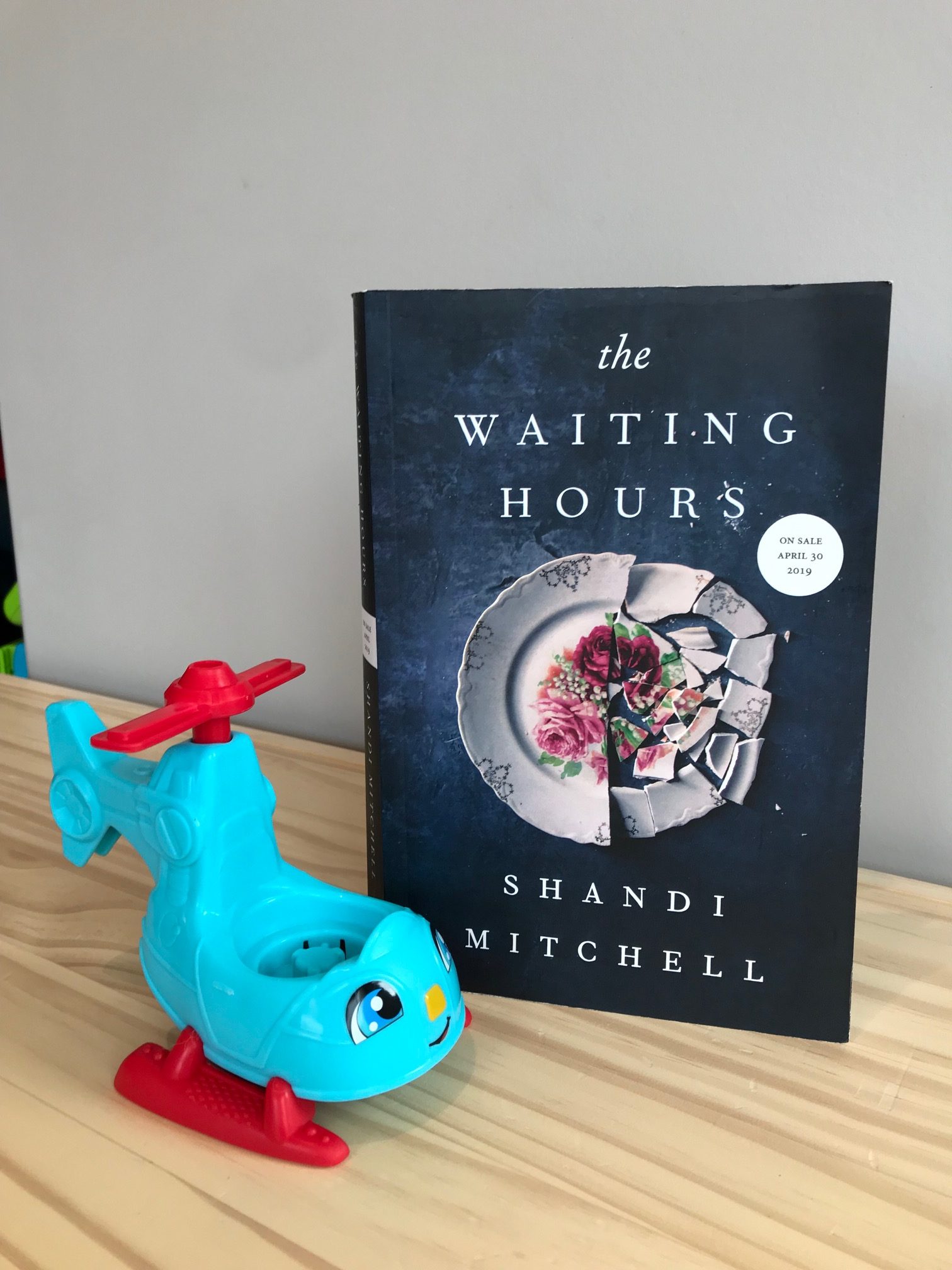 There’s always a few jobs out there that one knows for certain they could never handle. Personally, I could never be a teacher because I can barely manage my own two children and I find all their questions annoying (sorry not sorry). But for some reason the monumental task of being an emergency services responder always seemed like a potentially viable option for me, that is until I spoke to someone who was actually IN that role and they described the huge toll it takes on their mental health. Seeing tragedy day in and out is not for the faint of heart, and in case you haven’t realized it yet, I include myself in the ‘faint of heart’ category, so strike those career paths off my list! And in case I needed any more convincing that I could never hack it in that industry, I have The Waiting Hours by Shandi Mitchell to remind me.

We work alongside Kate, a nurse with an older brother in extremely dire mental straits; Mike, a police officer struggling to balance his demanding job with a young family and back pain that just won’t let up; and Tamara, an agoraphobic 911 dispatcher. None of these stories are far-fetched or extraordinary, we all have people like this in our lives. And this is precisely why these characters’ situations are so upsetting; they are the linchpins in our society, because if we didn’t have people willing to help us at our lowest, where would we all be? I don’t think it’s overkill to call them heroes, because our lives quite simply depend on people like them. But Mitchell dives so deeply into their inner lives that she reminds us all of the special struggles they face, mainly the expectation that they themselves are not supposed to break down as the rest of us do. Each character is struggling with major issues in their own lives and yet it’s taboo for them to talk about it, or even ask for help from their colleagues or superiors. Tamara remarks that she would have to be minutes away from death to call 911 for fear of embarrassing herself in front of coworkers. Vulnerability is frowned upon, which forces them to make foolish decisions as they fall deeper into their own holes of despair.

Tamara describes the problematic nature of her job (which is applicable to the other two characters as well):

“Taking a call was like reading the first chapter of a book and then having it snatched away” (p. 16 of ARC).

As a reader this quote of course horrified me (what could be worse?) but I think it hints at a big reason people struggle in these professions. They are bombarded by humanity at its worse, but are rarely able to follow through these frightening episodes and find closure. Instead, they act as one stop-over on a journey to misery or happiness, sometimes both. It’s for this reason that when the characters’ lives do cross-over, they have unspoken conversations with just their eyes or gestures, a language all their own. And this intimate experience of acting inside stranger’s lives is as a connector between each other, and a barrier between them and their loved ones who don’t work in the same field. It’s an isolating place to be, and an isolating thing to read about, but Mitchell paints a wonderfully sympathetic portrait of each, pushing the reader through the pages despite the difficult subject matter.

So I’ll admit this book gave me a bit of anxiety as I read it, but I still recommend it to others for the beauty and empathy it contains. Now, every time I hear a siren in the distance (which is often, because I live inner city) I’ll not only think of the victims who are in distress themselves, but the people riding along to their rescue, every bit as human and deserving of sympathy as the society they serve.