Book Review: The Devil and the Dark Water by Stuart Turton 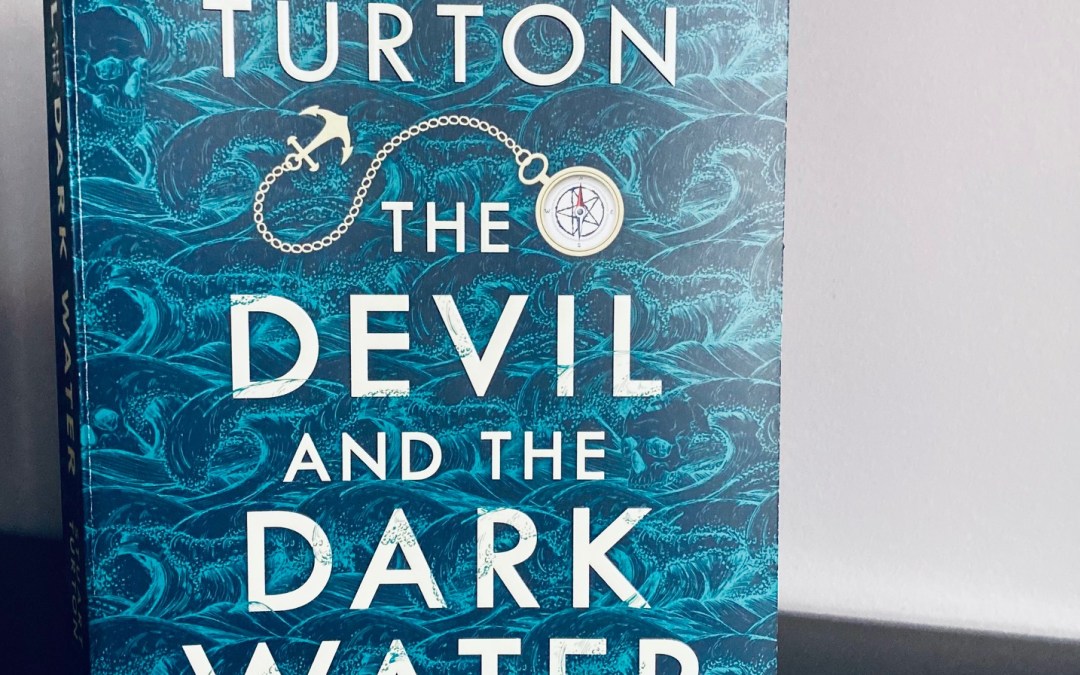 I’ve been reading some wonderful mysteries lately, so imagine my surprise when I added yet another 5-star book to my goodreads list! The Devil and the Dark Water by Stuart Turton is the first book of his that I’ve ever read, but now I see why everyone loves this author. Despite its length, I was completely absorbed by this supernatural mystery that takes place aboard a merchant ship in the 1600s. It’s the perfect mixture of funny and creepy, and I was literally shocked when the culprit was finally revealed. It’s not your typical work of detective fiction, but it veers off on all the right paths to still be considered a triumph of a mystery, so if you’re like me and are looking for some entertaining distractions in your life right now, you’ll definitely want to pick this one up.

Arent and Samuel Pipps are boarding a merchant ship headed on a long voyage to Amsterdam. Samuel is considered the world’s greatest detective, although a small and somewhat pompous man, he has dedicated himself to ‘righting wrongs’ in the world. His extremely large sidekick Arent has a heart of gold, and spends most of his time trying to protect Samuel. Unfortunately for this particular voyage Samuel is locked in handcuffs and forced into a tiny cupboard, as he is being treated as a prisoner by the ship’s company, and we don’t discover why until much later in this lengthy novel. The ship’s crew is generally terrifying; not technically pirates but close to it. And the rich passengers all have their own secrets to hide too. One of the few honest women is Sara, married to a tyrant but a caring and generous person herself, showing those around her mercy whenever possible. Before the ship sets sail, strange demonic markings appear all over it, accompanied by a terrifying threat from a leper who sets himself on fire right afterwards. Everyone is nervous about what could be terrorizing the ship and its passengers, but there is some precious cargo on it that forces it onwards, despite the potential dangers this trip presents.

I read a book last year that took place entirely on a pirate ship, and this book is superior to it in almost every way. The writing in Turton’s book is rich with description, but matched with witty and humorous dialogue between characters. The mystery is multi-layered with numerous red herrings, yet it’s all cast with the dark pallor of the supernatural, forcing readers to question their assumptions whenever a new clue is revealed. I’m still thinking of a particular scene, it’s probably one of the scariest things I’ve ever read in a book and it set up this atmosphere of unease perfectly. Each night when the ship puts down anchor, the crew counts the number of lanterns it can see from surrounding ships because it’s travelling as a fleet. Then one night, a mysterious new lantern appears, but is gone by morning, so no one can tell who or what this new ship is. A few nights after it first appears, the lantern light turns blood-red, and a scream from a slaughtered pig rings across the ship. I’m not doing it justice here, but just thinking about it still unnerves me. I wouldn’t be surprised if the film rights were sold to this book, it would be stunning to see on the big screen.

The setting is extremely vivid, it’s clear that Turton did his research and because of this I picked up some interesting little facts I hope to drop at my next social gathering (whenever that will be). For example, all crew members typically went barefoot while on ship! Did I mention how grateful I am that I was never forced to endure a months long voyage on a wooden ship like this? The conditions for the majority of its passengers sounded horrific, and there’s a few chapters that detail the terror of being caught in a storm and it’s probably the scariest part of the entire novel. 2020 and 2021 are certainly difficult years, but compared to life in 1634, they are significantly more pleasant!

I really do feel like this book has something for everyone, there’s even a romantic storyline that takes advantage of the life or death suspense that hangs over every characters. It’s difficult to pin down the genre of this book; historical fiction, mystery, literary fiction, even horror would be a suitable label for it. Turton does an admirable job of balancing these competing influences to create a book that keeps the pages turning, because despite the romance and the rumours the end goal of every mystery reader is to determine the true explanation of everything, to set everything right again. We get all of that and more in The Devil and the Dark Water, one of my favourite books that I’ve read this year.