Book Review: The Boy on the Beach by Tima Kurdi 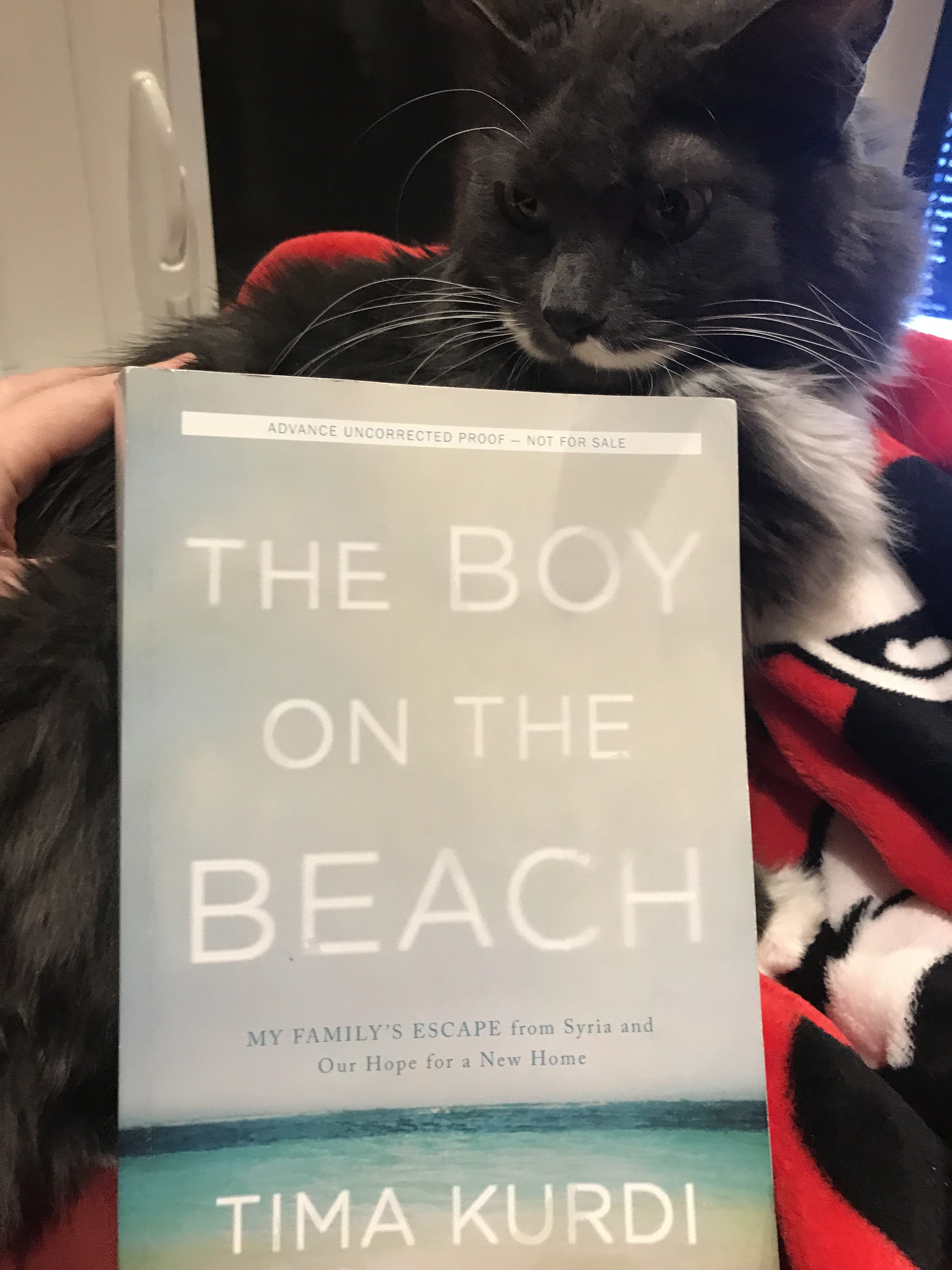 I’ve never had the experience of doubting whether I could finish a book. I love reading, and even when I don’t really like a book I’ll usually finish it; my DNF rate is extremely low. Reading The Boy on the Beach by Tima Kurdi is the first time I found myself unsure as to whether I could continue on-not because the book was bad, quite the opposite actually, I wasn’t sure if I could emotionally handle reading anymore of it, it was so powerful and painful to read.

You may not have heard Tima’s name before, but you most certainly know her family’s story. One of her nephews was Alan Kurdi, the little boy whose body washed up on a beach after he drowned along with his mother and brother. His photo was everywhere, shocking people into remorse and guilt, a stark reminder of the refugee crisis going on in Syria and surrounding areas.

Having moved to Canada years ago, Tima was in the process of trying to privately sponsor some of her family members to move here in order to save them from the war they were escaping. Many of her brothers and their families were living in bombed out homes, some even homeless, struggling to feed themselves and their children. After years of sending them money, Tima felt as though she had to do more which is why she was attempting to navigate the complicated process of bringing them here to safety, but the applications were denied, so she sent her one brother money to pay smugglers to get them across the Aegean sea in boat, which is when his wife and two sons drowned. Once the photo of Alan’s lifeless body washed up on the beach went viral, Tima did numerous media appearances all around the world to draw attention to the plight of refugees, finally deciding to record her family’s story in this book. She continues her activism in her family’s name with The Kurdi Foundation, dedicated to helping refugee children.

The book itself begins with the story of Tima’s youth, which is idyllic in many ways. After moving to Canada, she suffers from homesickness but adapts to her new life well, building a family and becoming a hairdresser, even opening up her own salon. She tells the story of her brother and his family alongside her reactions from Canada and her overwhelming guilt and depression. Her writing captures her emotional heartache, caught between wanting to enjoy life in Canada with her own family and helping her struggling siblings in Syria. One phrase I found particularly heartbreaking:

“I was consumed by the desire to get them to safety…I found shopping depressing. The abundance of food on those shelves gave me panic attacks and filled me with a kind of bitterness that I’d never felt before (p. 115 of ARC). “

That guilt is something that stuck with me for awhile, it reminds me to be grateful for the chance to go to a grocery store and buy food for my family. Although we typically see this errand as a chore, we should realize how special this would be for tens of millions of people around the world who never get this privilege.

There is hope in the actions of Abdullah, Tima’s brother and Alan’s father. As the only survivor of his family’s tragic drowning, he dedicates his life to helping refugee children, visiting camps regularly and bringing them supplies they so desperately need. In addition to that, Tima is successful in bringing one brother and his family to Canada, so together they continue to work on bringing awareness to the plight of refugees around the world.

So why should you read this book if you know it’s going to be painful? If you know you’re going to cry at some point while reading it? Because educating yourself on the Syrian crisis and its ramifications is the first step towards peace-the more you can empathize and help others to understand what’s going on, the more accepting the rest of the world will be towards the ongoing refugee crisis, which brings us closer and closer to a peaceful world. Oh, and this book was longlisted for Canada Reads 2019, so let’s end on that light note.