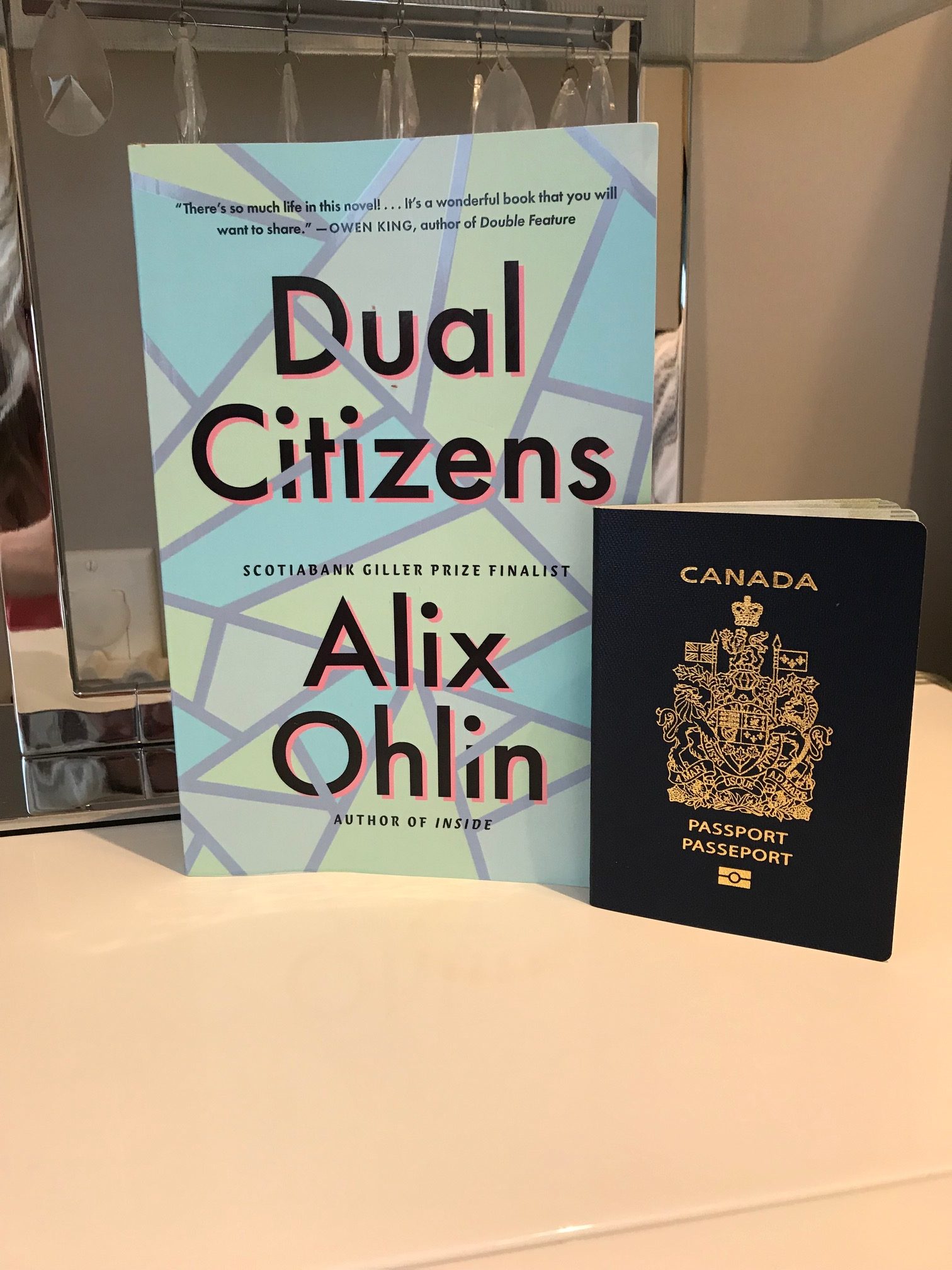 Did you watch the Giller awards on Monday night? I was glued to the television screen, strangely nervous to see who the winner of Canada’s biggest book prize would be. As you no doubt realized already, Dual Citizens by Alix Ohlin did not win, but I really enjoyed it, despite my negative comments at the Giller Light (it’s my job to defend my book, so I may have added a bit of dramatic flair). For those who love a character-driven novel, this one is definitely for you.

Marianne is a reluctant mother, giving birth to a young girl named Lark as a teenager, and then a few years later, another girl named Robin. Through some unfortunate circumstances, she finds herself a single mother in her mid-twenties, still desperate to lead the life she believes she’s owed despite her new responsibilities. The book is told from the perspective of Lark, who is not as carefree as her name suggests, as she is burdened with the care of her younger sister when she herself is still a child. Together, they cling to each other as they are more or less ignored by Marianne. Lark grows and makes a career of her obsession with being a filmmaker and editor, while Robin reluctantly studies to become a pianist, embarrassed by her overwhelming talent and her mentors desperate to exploit it. Through fits of absence, they come in and out of each other’s lives, and the narrative follows them until their mid to late 30’s when the idea of motherhood (or lack of it) becomes a subject of consideration.

The push and pull of Lark and Robin’s relationship is what drives this novel. Marianne is always in the background, disapproving and negligent, bitter about the life she should have had. Lark and Robin’s response to their lack of stability is vastly different; they are both ‘artists’ but the way this plays out in each of their lives is completely opposite. Robin is unpredictable; she abandons a European piano tour without any explanation, drops the piano all together, and spends the rest of her days in a small town as a waitress. Lark is studious and reliable, working alongside a filmmaker whose rise to fame is due in large part to Lark’s unwavering support and organization. The only thing they have in common is their childhood and complete bafflement towards Marianne. The three women orbit around each other, sometimes bumping into one another, and sometimes swerving completely out of step to avoid even seeing one another. But this will come as no surprise to anyone who’s close with their family; the relationship changes with time, stretching like a rubber band, tighter and looser as the years continue.

There are glimmers of humour in this book, as Lark’s observations of what’s around her are frequently accompanied by a sense of bafflement. She is painfully awkward and uncomfortable in most social situations, so she’s awestruck by the ease in which others form emotional bonds. One of my favourite scenes is about a cat funeral (go figure). The grieving cat owner agrees to a funeral pyre, so they put the body in a shoebox and light it on fire at the edge of pond:

“The box flared up brilliantly but wouldn’t float away, instead hugging the shore as if it didn’t want to leave us. Finally I found a stick and poked the box until the wind carried it a few feet away…” (p. 67).

It’s a quirky scene that elicits an uncomfortable sort of humour, a potentially dramatic and heart-wrenching event bogged down by the ordinary. Of course a shoebox wouldn’t float unimpeded to the center of a pond with a dead cat in it, the weight would be all off! These types of realizations are scattered among the pages, bringing us all back down to reality, most obviously (and literally) when Lark gets a job in reality television. Her previous work in film may have had an aura of glamour to it, but that quickly comes to an end when Lark is tasked with the unsavoury job of inventing story lines through editing work alone-it’s all a crash back to reality.

As you probably guessed already, there aren’t a lot of prominent male characters; most are unreliable or simply absent. Despite the uneven commitments to one another, the bonds between mothers, daughters and sisters is what’s really under the microscope here.