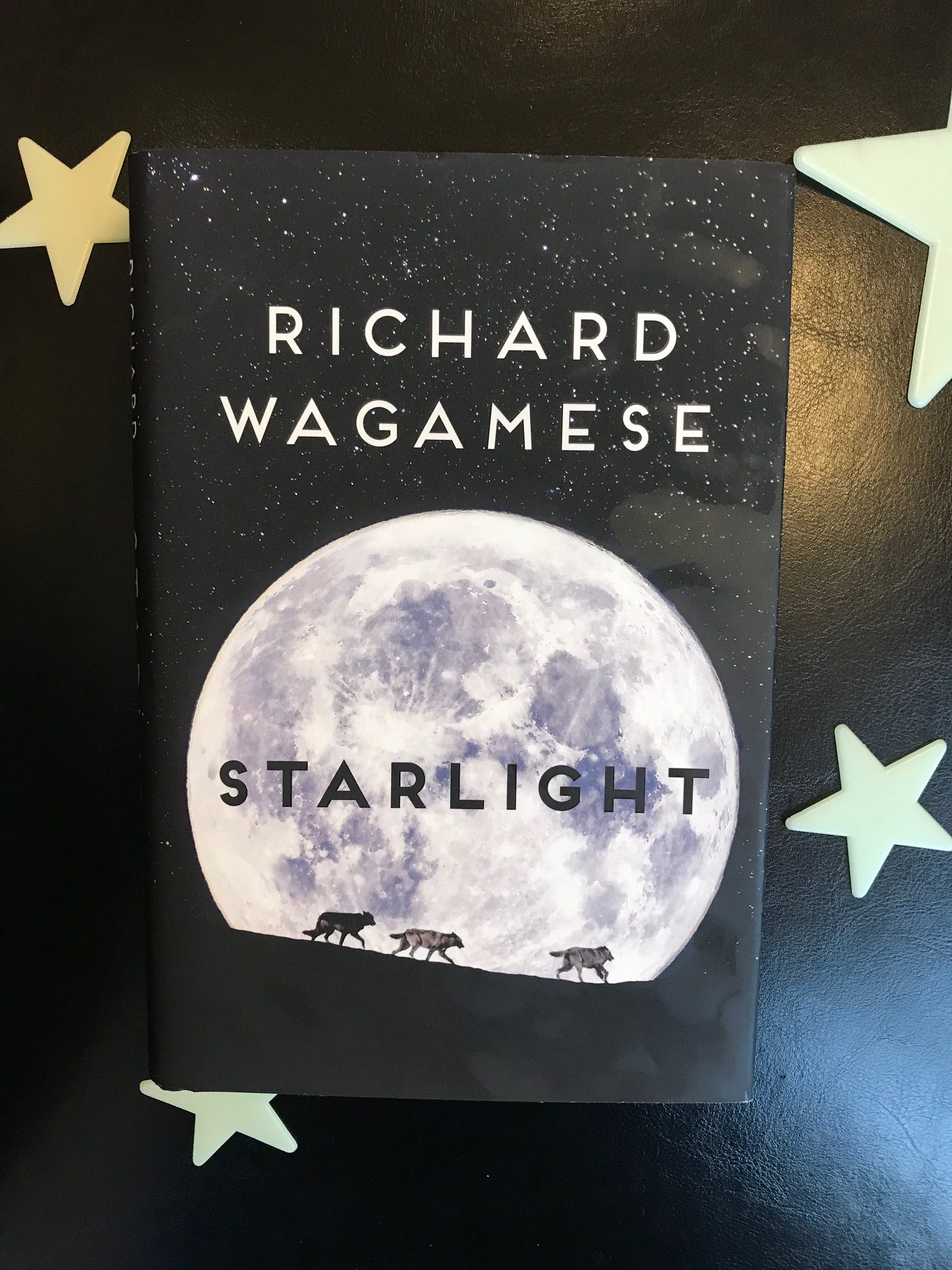 How do you properly review a book that’s unfinished? Starlight by Richard Wagamese is the novel he was writing when he suddenly died, leaving can-lit lovers like myself in mourning. With his death, we lost a compassionate and wise writer who still had so much to tell us, but with the support of his estate and his literary agents, Starlight became one more story to remember him by. Despite the fact that it ends abruptly, this books still feels like a complete novel through the efforts of his publishers to draw out similar themes from his other works, so readers are let down gradually as the book comes to a close.

The story begins with a young man named Starlight who has just lost his ‘old man’. Instead of leaving his painful memories behind in the modest farmhouse he grew up in, Starlight decides to stay and continue the family business of farming. Four years later we meet Emmy and her young daughter Winnie, fleeing a life ruled by abusive drunkard Cadotte. They’re forced to use physical violence to escape with Cadotte’s truck once he realizes their plans, leaving with a sac of dirty clothes and not much else. Through some coincidences and somewhat unbelievable foster care arrangements, Emmy and Winnie eventually find refuge with Starlight on his farm, and there they not only find safety and stability, but a new connection to nature that begins their journey in healing. Meanwhile, Cadotte is frantically searching for Emmy to exact revenge on her leaving, full of anger and intent on killing her.

Starlight is an Indigenous man who was lucky enough to be adopted (perhaps informally) by his ‘old man’, who taught him the basics of wilderness survival. Although he suffers from an unexplained trauma and/or neglect in his early childhood, Starlight has found coping mechanisms in his interactions with nature. Because he’s so ‘in touch’ with animal life in particular, he’s able to come extremely close to wild animals, so he takes pictures of them, gaining a significant following and reputation for his art. The book ends with him on his first trip to Vancouver, Emmy and Winnie in tow, all basking in the big city lights and excited to enjoy their time away together. Unbeknownst to them, Cadotte has also ended up in Vancouver in search of Emmy.

The book ends abruptly on a cliffhanger of sorts, and yet, I didn’t finish it feeling jarred or wanting more-I simply felt a little sad about what this book could have been. It’s still an enjoyable read up until that point, and a few notes are included about what Wagamese had intended to happen in the remainder of the plot so your biggest questions are answered, but of course you turn the last page seeking a bit of closure. And yet, hiring someone else to complete the book for him would have been wrong, and I believe this unfinished story is representative of his life is a whole-he was taken from us too soon, so we’ll have to use our imaginations to fill the void he left.

I met Wagamese once, back when I worked at Wordfest. He was scheduled to appear at our festival one Fall, and then ended up backing out just days before his scheduled appearance. I’m ashamed to admit I was irate at this totally inconvenient turn of events, filled with frustration at all the last-minute changes. Blinded by my selfishness, I was reticent to finally meet him when he came to Calgary a few years later for another event. He read from his book Indian Horse, (which was made into a movie) and I was shocked into silence by the beauty of his writing as he read. All of my previous misgivings about him fell away, and as tears welled up in my eyes (and the other audience members) I remember being so ashamed of my pettiness around his previous cancellation. I sat with him while we ate dinner afterwards, nervous to speak to someone who was clearly so talented. Completely unaware of my embarrassment, he was nothing but gracious, kind and funny. To this day, my memory of that event is one my favorite from working at the festival, and quite honestly, one of the best readings I’ve ever attended (and believe me, I’ve been to my fair share of readings!). His last complete book Medicine Walk was also profoundly moving, read my review here.

I realize I haven’t properly reviewed Starlight, but there’s nothing more to say other than it’s an enticing read that’s cut short too soon, exactly like Wagamese’s life. Luckily for us, we have his wonderful books, essays, stories and poems to remember him by, which I urge you to pick up and read.