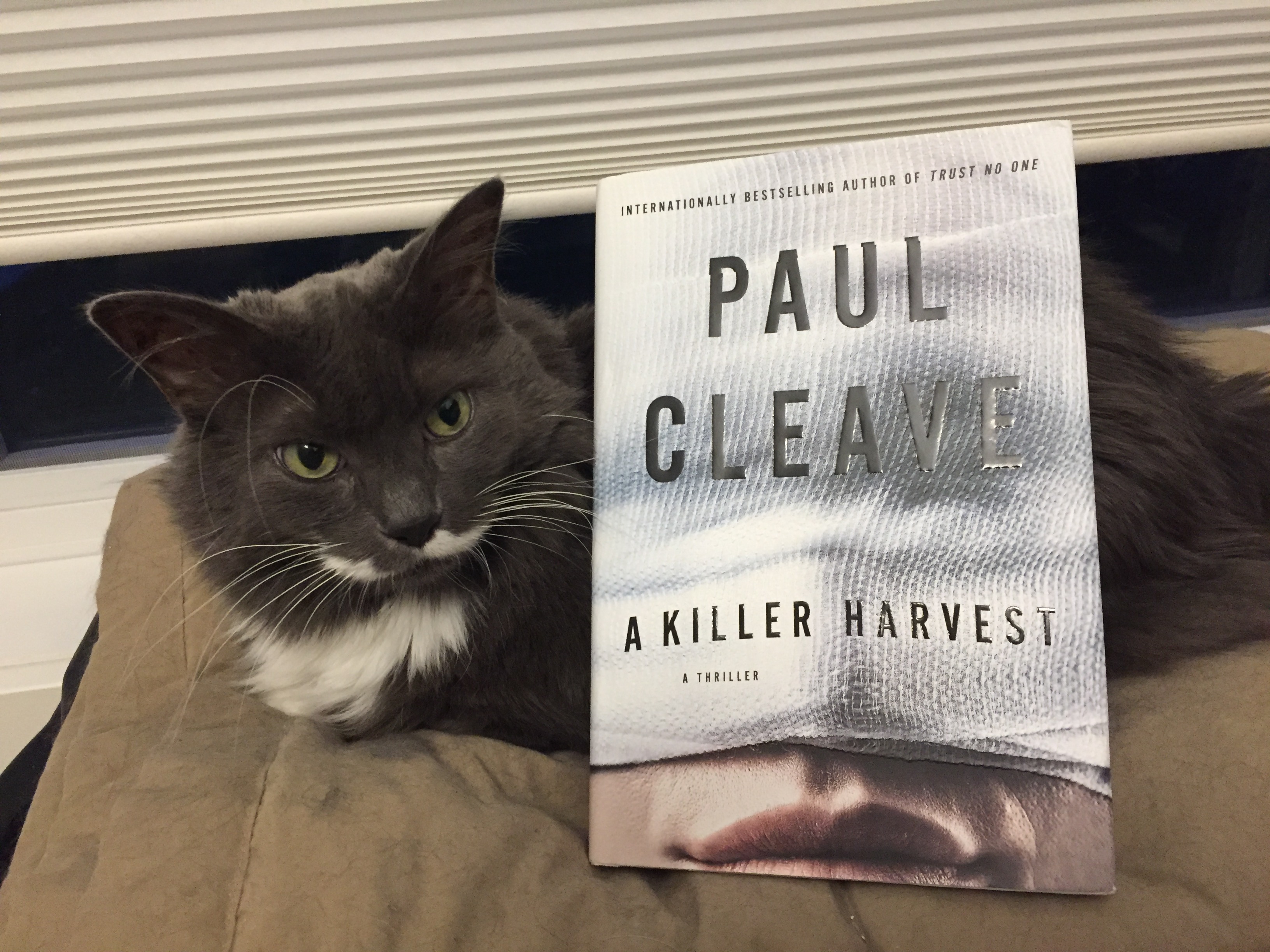 Ooooookkkkaaaayyyyy-do you ever read a scary story and think “what happened to that author in his/her life that gave them the inspiration to write such a dark book?” That is exactly what I was thinking when I read A Killer Harvest by Paul Cleave, because this novel scared my socks off!

There’s two murders within the first ten pages of the book, so we don’t get much chance to settle in before the violence starts. One of the dead guys is a cop, and the other is a murderer and  psychopath. In a seemingly positive turn of events, we learn that the dead cop is a foster dad to a blind boy named Joshua, and his last wish was to give Joshua his eyes so he could gain his sight through a new surgery that makes this possible. Unfortunately, there’s a (somewhat difficult to believe) mix-up at the hospital, so Joshua receives one of his Dad’s eyes, and one of the killer’s eyes. Now, Joshua is experiencing strange dreams where he can see the victims of the aforementioned murderer, but he can also see his Dad’s last few moments as well. 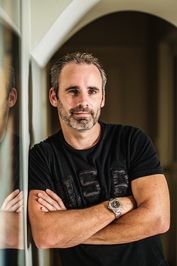 Once you are able to suspend your disbelief at the coincidences, this story just rockets along at an unbelievable pace. The twists are shocking, I didn’t see any of them coming, and I literally gasped out loud at some of them. I also groaned out loud at some of the more violent scenes-if I was watching this in a movie, I would have definitely closed my eyes at these parts!

There’s quite a few points of view churning around in this book, so there wasn’t a great deal of introspection from each character, but quite frankly, I didn’t really miss that, I was more eager to make my way further into the plot than analyze each character’s motivations. New Zealander Cleave literally writes ‘edge-of-your-seat’ scenes, in fact it felt like I was watching a movie at some points because the descriptions were so vivid and believable. His books are hugely popular in Germany and France, so I’m hoping they will break out here in North America after this release.

Update: After interviewing Cleave a few weeks ago for Wordfest, I discovered he’s a jolly old fellow with a wicked sense of humour, not the weirdo you would expect based on his writing. That seems to be a pattern with thriller writers; they are all lovely people in the flesh, but gosh have they got a twisted imagination! So now I’ve discovered a new favourite thriller writer and not surprisingly, I highly recommend his books to those who enjoy (and sometimes endure) this genre.