Book Review: The Haunting of Hill House by Shirley Jackson 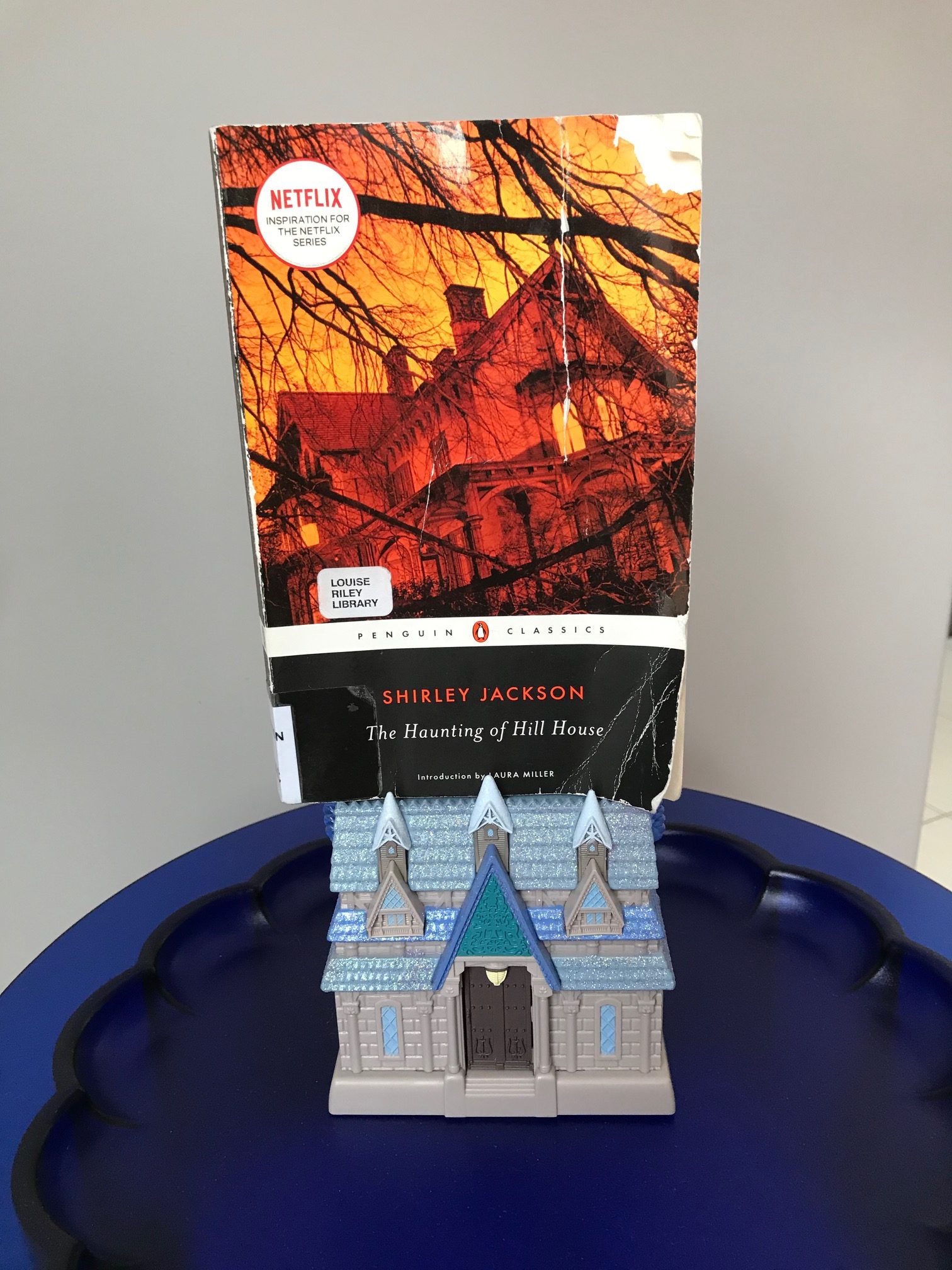 Yes you read that right, I’m reviewing a ‘classic’ work of literature, one that was published back in 1959! As a book blogger, I’m always following other book blogs that review older books in addition to new releases, which always made me jealous. So instead of being a slave to the towering pile of review copies on my shelf like I usually am, I said ‘to hell with it’, marched off to the library and picked up a book I’ve been wanting to read for a very long time (thanks to GTL’s urging!). The Haunting of Hill House by Shirley Jackson is a classic ghost story that still resonates today, in fact it’s listed as ‘the inspiration’ behind Netflix’s television series of the same name. I made the mistaking of watching the trailer for the show (below), and it scared me so much that I wasn’t able to read this book whenever I was alone in the house! Luckily it’s quite short at 182 pages so I raced through it in a matter of days.

I read the Penguin Classics edition which included an introduction by Laura Miller. In it, she picks apart some of the themes of the book and provides a little background information on Jackson to help inform our reading. For some strange reason this is included before the story itself, but it contains spoilers!!! (which is very common in these types of introductions to classic stories) so I read it last. If you read the same types of ‘classic editions’ I highly recommend reading the introduction last, that way you’ll have some sort of clue about what they’re talking about it if you wait.

Other than knowing this book was about a haunted house, I had no idea what to expect going into it. It’s told from the perspective of one woman, Eleanor, who is asked to spend a summer at Hill House by Dr. Montague, an academic interested in publishing a book about psychic phenomena. Montague has also invited Theodora, a young dramatic woman to act as his assistant, and Luke, the future heir to Hill House. They are all aware of Hill House’s dark past (lots of people have died there), and they are confronted by the creepiest set of housekeepers you could imagine, who by the way, refuse to come anywhere near the house after dark, and specify that ‘they can’t hear any screams’ from where they live off-site. “Yikes” is an understatement here.

I was scared silly by this book, mainly because of the creepy atmosphere the author so expertly nails. The characters are expecting some strange occurrences, so when they do finally happen, their reactions aren’t very dramatic. The reader however (i.e. me), is unprepared for these happenings (maybe because we’re still skeptical?) and even though the ghostings aren’t gory, or explicit, or even take up a significant portion of the book, I was so on edge during the entire thing that it didn’t take much to terrify me. The ending is also fantastic; I didn’t see it coming, and it happens on the very last page so you’re left with nagging sense of unease well after you finish reading.

While comparing it to modern-day ghost stories, Hill House is quite similar in many ways, most importantly in its use of an unreliable female narrator (because let’s be honest, it’s usually women who are the unreliable ones in fiction, but that’s a rant for another day). Eleanor says some weird things when we first meet her, and we learn she was cooped up in a house with her dying, bitter mother for years on end as her live-in nurse. This alone would drive anyone crazy! But as we continue seeing Hill House through her eyes, we begin to question what is truly happening. I wondered at one point if Eleanor was dead and she was the ghost (she’s not, the other characters regularly acknowledge Eleanor as a fellow guest). But something Jackson does well, and I’d argue contemporary writers need a better grasp of, is the gradual decline of Eleanor’s mental stability. So often, there is an abrupt change in how modern-day characters are perceived by the reader which the author sets up on purpose, typically after some bombshell of a twist. Then, the internal monologue of the character changes drastically once it’s demonstrated how crazy they are. Jackson keeps us guessing the entire time, and even after finishing it, I’m still not sure if Eleanor is unreliable, or if it was simply Hill House at work on her. In my opinion, this is one of the strongest compliments you can give a novel.

I’ve noticed a pattern in book reviews; when speaking about a ‘classic work of literature’ such as this, people tend to state their theories about the work; symbolism, potential allegories, that sort of thing. Meanwhile, contemporary literature is usually spoken about in terms of how it reads; whether or not the reader enjoyed it, if it was well-written, etc. I must admit I do the same thing as I immediately began theorizing what Eleanor’s strange perspective really ‘means’ in this book. Honestly though, I hated writing essays in university and I don’t want to start again now, so you’ll have to read Hill House yourself to draw your own conclusions about what means what in this book.