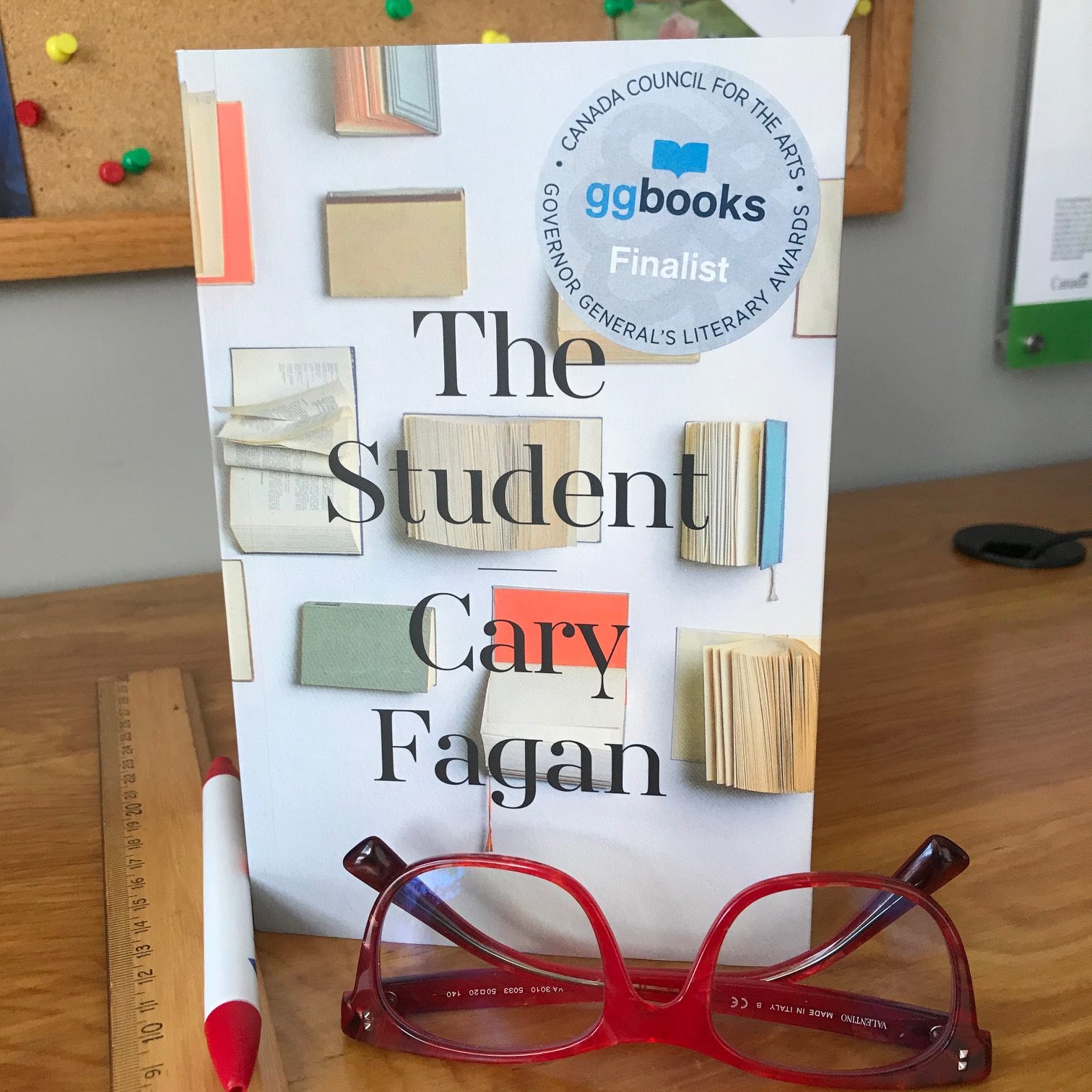 When I really love a book, it’s difficult to pinpoint what elevates it above all others. I suppose it’s a bunch of things; character, plot, writing, but also the lack of issues I can point to that disappointed me. With all this in mind, I’ve decided The Student by Cary Fagan is one of my favourite reads this year. It’s very slim, only 178 sparse pages, and may I say, reading a page with such generous spacing reminds me of that ‘wide lane’ Seinfeld episode; it’s a luxury you never knew you wanted! Furthermore, the edges are artfully torn, and the paper stock is of a thick, creamy quality. I don’t normally notice these elements in longer novels, but the experience of reading this book is one of quiet introspection, slow and bare enough that you can stop and enjoy these thoughtful details.

It was a finalist for the 2019 Governor General’s Literary Award, so it’s not some hidden gem, but maybe because it’s so thin, it got lost in my TBR pile. In fact, I found it by accident as I was hunting for a different book on my shelf, instead I unwittingly stumbled upon a novel I feel confidant in recommending to just about anybody.

Inside the cover, the book is described as “a portrait of a life in two snapshots”,which is a vague, but apt description of what you’re going to get. We first meet Miriam Moscowitz working on her undergrad at at the University of Toronto in 1957; she’s an attentive and passionate student, eager to continue with her English Literature studies. However, her professor admonishes her for wanting to apply to grad school, claiming she would take up a space more useful to a man as she’s destined to become a housewife anyway. You can take a guess at how Miriam took this news…hell, you can probably take an even better guess at how I took this news! A minor meltdown ensues (for Miriam, not me) and we leave her at a particularly dramatic point in her life.

We then skip ahead to 2005 on the day of Miriam’s son’s wedding. Based on the state she was in when we last saw her it’s a great relief to see she’s survived and thrived well into her seventies. However we quickly learn that she hasn’t lost any of her passion from her youth, and even though far-less dramatic things occur in the second half of the book, a particular point at the end brought me to tears as I read it. The writing, the sentiment, the circumstances; it’s all a beautiful, shining example of how a quiet book can bring readers to their knees just as effortlessly as a twisty thriller or heart-wrenching memoir.

I’m finding it a great challenge to articulate why I love this book so much, but the characterization of Miriam is one of it’s greatest strengths, and the development of her character is what makes this book so memorable. The cruelty she demonstrates in her youth is surprising, yet there’s no evidence of it in the second half of the book. In this way, the story is an optimistic look at aging; do we leave behind our worst traits as the decades melt away? 1957 Miriam is sharp, with glaring edges and stark contrasts, while her personality traits seems to fuzz over with age, so 2005 Miriam is a watercolor version of her younger self. I’m impressed with Fagan’s ability to create such a deeply drawn character in such a short word count, and for that reason, I’m urging all literary book lovers to pick up a copy.