Book Review: Why the Rock Falls by J.E. Barnard 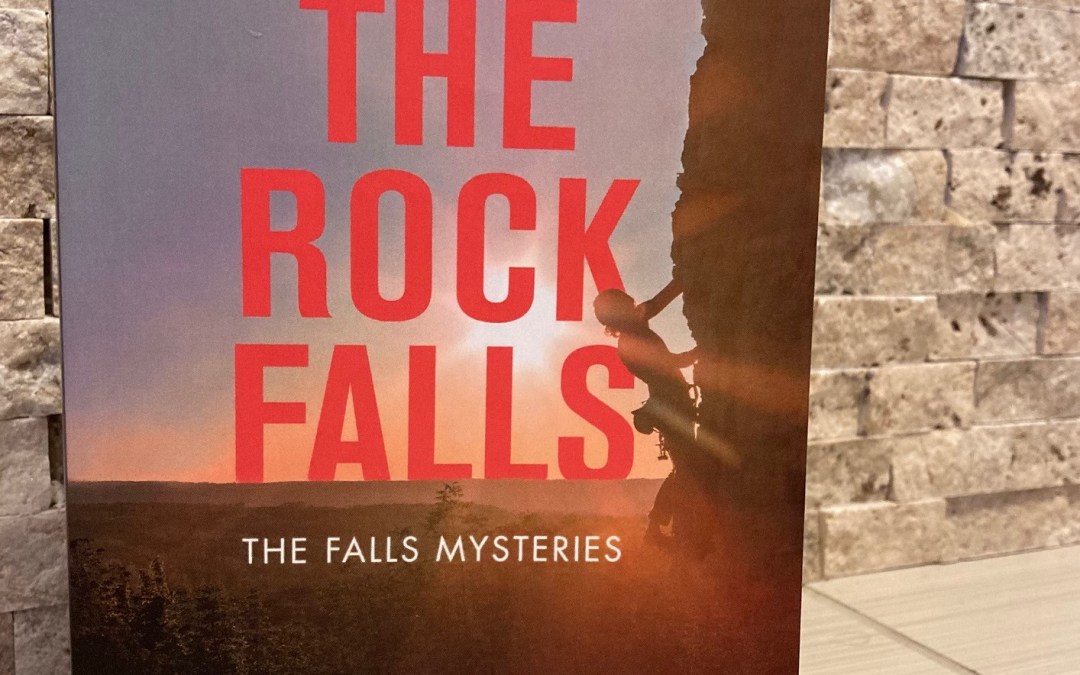 Do you avoid jumping into the middle of a mystery series and insist on reading the 1st book first? I rarely get the opportunity to read a series in consecutive order, so I have no problem starting halfway through, but I do realize this sets me back in the character development. Keeping this in mind, I picked up Why the Rock Falls by J.E. Barnard, the third in The Falls Mysteries series with a bit of trepidation. There are a million mysteries and thrillers on my shelves that are beckoning, but I wanted to read this book because it’s written by a Calgary author who I wasn’t familiar with. J.E. Barnard has won a few awards for her writing, including the CWC Award for Best Unpublished First Crime Novel back in 2016, and that accolade alone is impressive enough to give her novels a try. Aside from a few minor quibbles, I really enjoyed this book, plus it takes place in the foothills of the Rocky Mountains so its landscape is one I’m familiar with and enjoy revisiting, even in a fictional state!

Lacey McCrae is a security guard and past RCMP officer who is attempting to move on with her life after escaping a traumatic experience in law enforcement and an abusive husband. This is all briefly referenced throughout the book, no doubt fully fleshed out in the previous novels. It’s summertime in the Rockies, and she’s been stationed at a mansion in the foothills belonging to oil baron and all around terrible man Orrin Caine who is currently living with his third wife and youngest son. Orrin and his son go missing days after a woman is found dead in a pool at his friend’s house, and Lacey is sent by her boss to monitor Orrin’s house, keep out the media, and generally try to get to the bottom of both mysteries. Because Orrin is old, wealthy, and generally quite awful, there is no shortage of people who want to kill him off, but the fact that this youngest son is also gone has everyone on edge. Meanwhile, the deceased woman has left behind a philandering husband, a distraught young boy, and some major secrets that can only be revealed through DNA tests. We also follow along with some other minor storylines involving Lacey’s friends, each with their own role to play as the two mysteries unfold over 400 pages.

I always love a book set in familiar surroundings, so I was immediately delighted to read about characters hiking and climbing in our beautiful Rocky Mountains. Bragg Creek is a tiny little village just outside of Calgary that is home to a few little cafes, one delicious ice cream joint (referenced specifically in this novel) numerous wooded trails, and a few giant homes belonging to the ultra wealthy. This book takes place in two of those huge houses, but our brave and professional detective isn’t impressed by these ostentatious buildings, which is just one of the reasons she’s such an appealing protagonist. It also helps that this book is filled with terrible people; selfish, vain, and morally bankrupt are words that apply to the majority of the characters while Lacey and her friends are generally quite helpful and intelligent. When a mystery includes this many suspects, there needs to be plenty of believable motives, which this story is in no short supply of.

Other than a few clunky moments of dialogue and a few too many characters to keep track of, I found the story well-plotted and wasn’t able to guess the culprit until the very end. Barnard’s use of red herrings is also impressive; the related storylines and minor characters all served to distract me from focusing on who the real perpetrator was because I got caught up in the drama of the storyline. Although this may not appeal to some, I really appreciate being directed by the writer like this because it allows me to leisurely read without feeling that impulse to rush ahead and solve the puzzle as soon as possible.

Something else I really liked about this book was its depiction of one character who struggles with chronic fatigue syndrome (Myalgic encephalomyelitis). Both the character Jan and the author herself suffer from this debilitating illness, yet Jan demonstrates her strength in innumerable ways throughout the book. She pushes through physically when her friends need her, and she is adept at managing her fatigue while still working as an active member of society. Still, her symptoms and struggles are described in vivid detail and there is no mistaking how sick she really is. She doesn’t hesitate to tell those around her what she needs, or when she needs to rest but she is not a pitiable or depressing character by any means. Even though I don’t know anyone personally with this illness, Jan seemed like an incredibly balanced and realistic character to me.

So if you’re comfortable jumping into the deep end with this one, you won’t be disappointed, but reading books in consecutive order is always the gold standard. Either way, accompanying Lacey on her past and future adventures is a great way to spend a few hours.