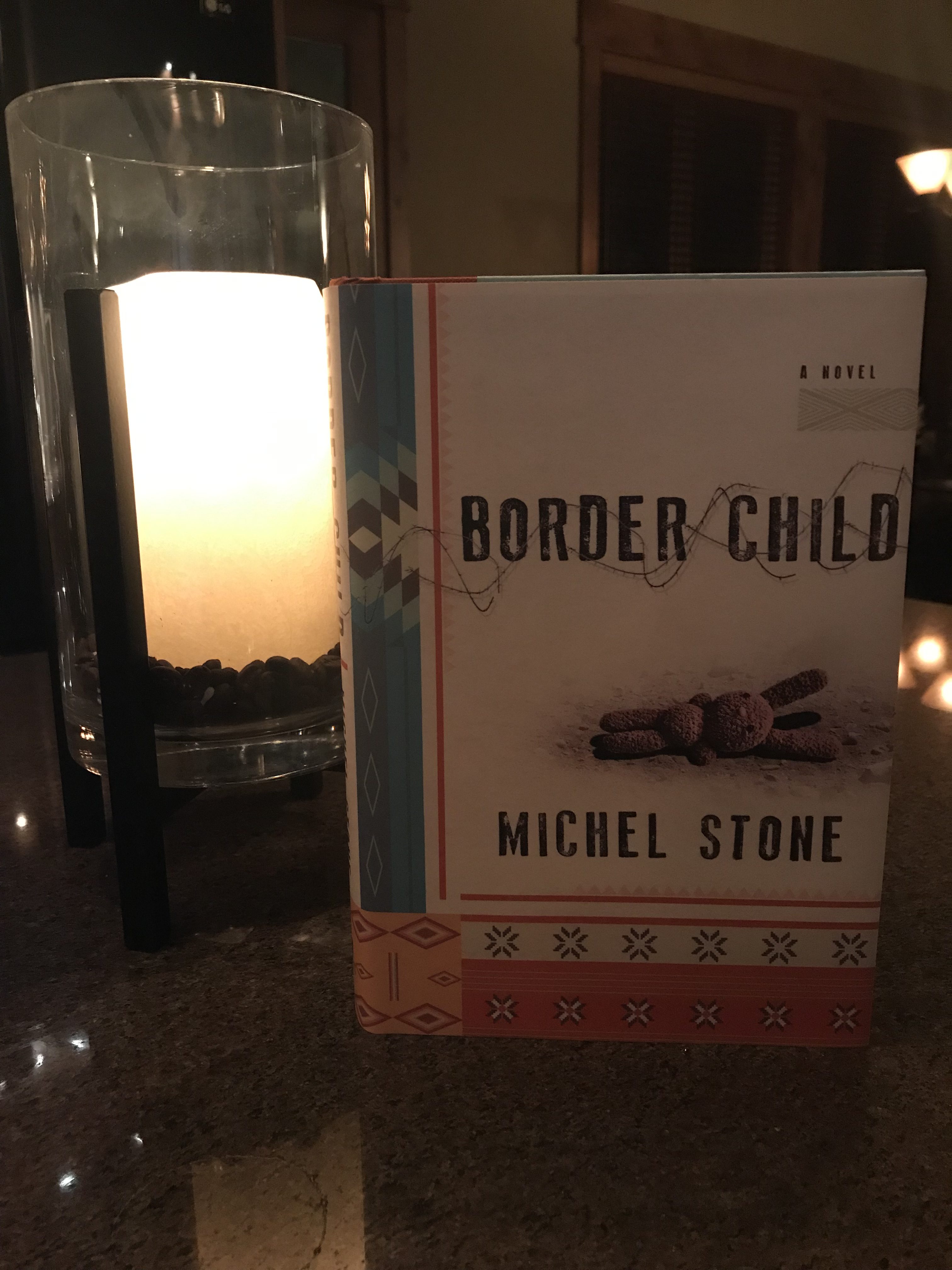 I remember reading the blurb for this book two years ago and thinking how relevant it was for that time. Now as 2018 has just wrapped up, it’s sadly even more relevant today. What I didn’t realize back then was that this book is a sequel to Stone’s first, titled The Iguana Tree. I’m sure if I had read the first book the main characters Hector and Lilia would have felt more realistic, but Border Child was still heart-wrenching all on its own.

The premise of this story is quite emotional, right off the bat. Parents Hector and Lilia lost first born as Lilia tried to cross the border between Mexico and the United States. By ‘lost’, I mean she entrusted Alejandra to a coyote (smuggler) who promised to bring her baby across once Lilia made it safely over herself, but that coyote never materialized. A few years later the grief-stricken parents come across an old friend that may lead them to their missing daughter, but since being deported from the US, Lilia and Hector are living in poverty and cannot afford a trip to find Alejandra. Forced to take on jobs that aren’t so legal, Hector does everything he can to find his daughter, while Lilia stays home to take care of their second-born Fernando, and wait for the birth of their third child.

This is a plot-heavy book, and there lots going on. The chapters alternate between Hector, Lilia, and some other minor characters that come in and out. Lilia’s storyline is slow, giving us a better perspective of what life is like in their dusty small town. Hector travels to Acapulco to make some quick money for his journey to find Alejandra, and while there he gets mixed up with some shady characters (which is expected when trying to make quick money) and this amps up the suspense exponentially. In my opinion Hector seems a bit naive, and considering he had crossed illegally into the US years before this book began, his characterization felt a bit weak.

Nothing comes across as unrealistic, but at times I did feel the story verged on didactic, even a bit preachy. The topic of immigration is extremely controversial at the moment, with the flow of refugees seeming never-ending at times. I have nothing but empathy for the plight of Hector and Lilia, and the people they represent. However, I expect that people who don’t share my positive view of immigration may become frustrated with this book because the message can seem heavy-handed. I’m ready and willing to admit I come from a place of privilege, which is why I don’t feel I’m in a position to judge the decisions of Hector and Lilia. Sadly, many will judge Lilia’s decision to entrust her daughter to a smuggler, but perhaps those people wouldn’t pick up a book called “Border Child” in the first place.

The strength of this (and one that everyone can agree on regardless of their politics) is the depiction of parenthood and the sacrifices they will endure for their children. The situation Hector finds himself in prompts him to mull over the following: “Was committing a sinful act excusable if the deed was done for a higher cause, a greater good?” (p. 203). This question lays at the heart of this book, and I would argue, the heart of illegal as well. Many people are pushed to do bad things simply out of love for their children, and their desire for them to lead a better life than they did themselves. This is one emotion that we can all relate to, regardless of our own borders (see what I did there?).